We went to the monthly Farmers' Market yesterday (if only it was weekly!). There was a lot of very nice-looking meat on sale - beef, lamb, pork, venison, pheasants - even goat, which you don't often see. We bought a piece of Venison Rump which Jane is going to cook, and this piece of Pork Loin: 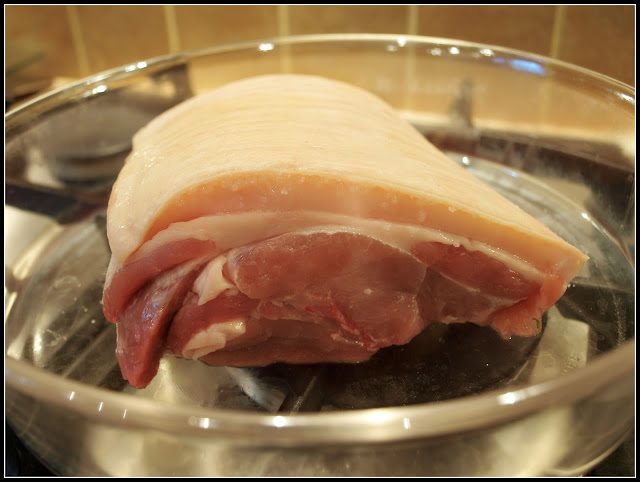 That's what a good piece of outdoor-reared pork should look like: some lovely dark meat, but also a nice thick layer of fat beneath the skin. Not soft flabby fat, but firm hard fat, which will ooze into the lean as it cooks, keeping it tender and adding loads of flavour!

We decided that it would be best if I were to cook the pork simply, so that we could enjoy it for the fine piece of meat it was, but that I should try to do something different in the vegetable department to accompany it.

I eventually decided to make what I have called "Mashcakes". I cooked a mixture of potatoes and parsnips (in a ratio of about 3:1), put them through the ricer to ensure there were no lumps or fibrous bits, added a little milk, a large knob of butter and a huge handful of chopped parsley. When the mixture was cold I arranged it in a greased muffin-tin, and grated a little Parmesan cheese over the top, like this: 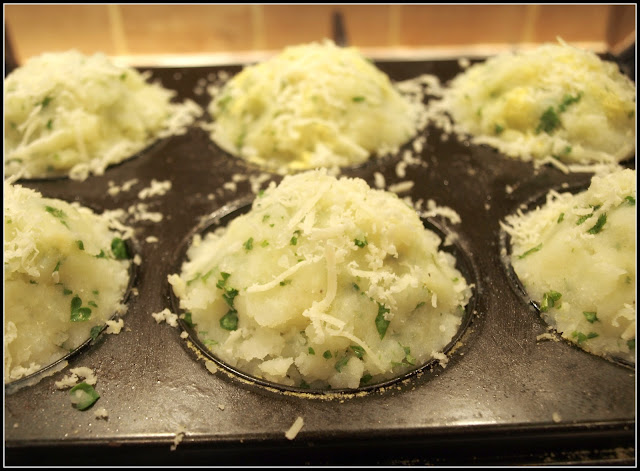 Later on these were browned in the oven for about 40 minutes while the pork was cooking, and ended up like this - crispy on the outside, soft in the middle. 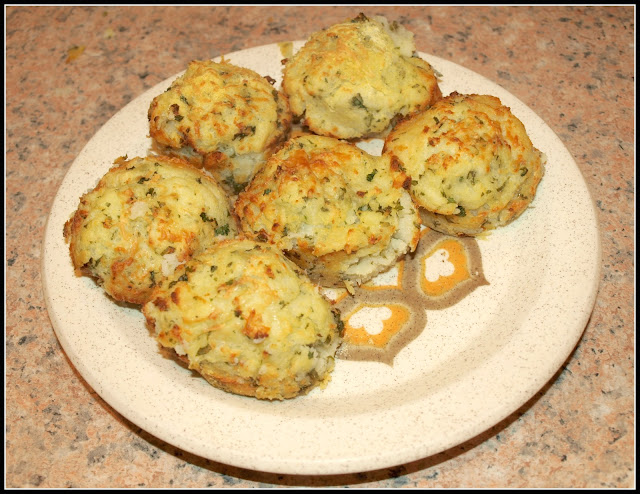 ﻿
Meanwhile, I removed the chine-bone from the meat and used it to make a gravy for later on. My method for cooking the pork was "standard" - about half an hour at high temperature to make the skin form "crackling", followed by about 45 minutes at a lower temperature. Finally, about 15 minutes of resting time.
It is hard to carve a piece of meat like this into slices, so I just cut between the bones and separated it into slabs like chops! 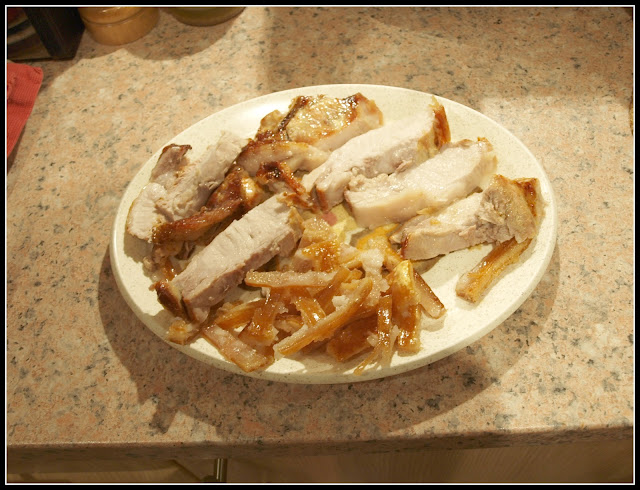 Towards the end of the meat's cooking time I steamed some other vegetables - carrots, broccoli, Swede turnip and Cavolo Nero -  browned the Mashcakes and heated up the gravy, so that everything was ready at the same time. This is the traditional British way to eat: "meat and two veg, with gravy" (except in our case rather more than two veg!). 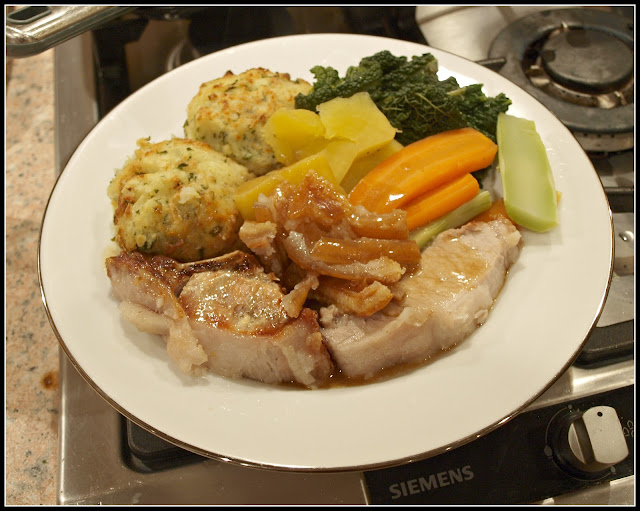 The meat certainly lived up to expectations. It was tasty and moist, not dry like so much of the pork you buy in the supermarkets these days. The crackling was not as crispy as I would have liked, but it was still OK, and full of flavour. Making pork skin crackle seems to be a very hit-and-miss affair. We have tried all sorts of techniques over the years, but none of them is infallible. Do any of you have any foolproof techniques you would like to share with me? 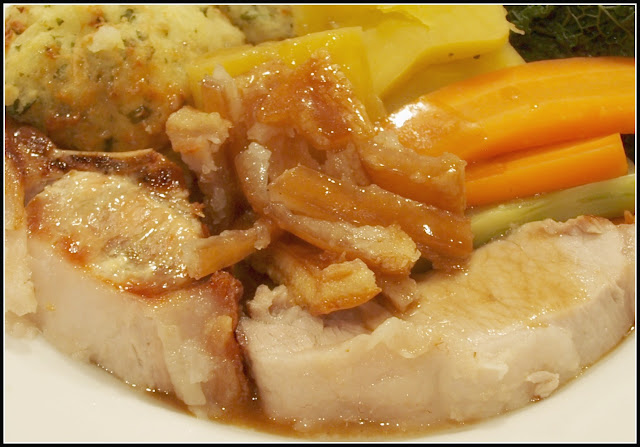 Jane is cooking the Venison this evening, so I expect you will be able to read about it on Onions and Paper very soon..
Posted by Mark Willis at 16:00