What's in my garden in August... 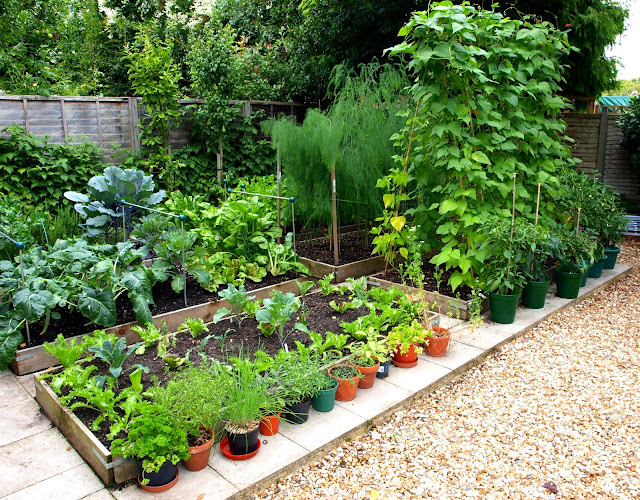 August is a bit of a strange time in the garden. Whilst July sees the harvest of lots of different veg, August is often a time when I have a big quantity of some crops available (beans, mostly), but not a wide variety.

The cordon-grown (indeterminate) tomato plants are mostly laden with fruit, though it is still green. This is a "Green Zebra" tomato, whose fruit is supposed to be green. Nowhere near ripe yet, but at least beginning to look quite stripey like a zebra! The trouble is, the plant only seems to have set THREE fruit so far... They had better be good, because I won't grow them again unless I get a worthwhile yield - which could of course be measured in qualitative terms rather than quantitative. 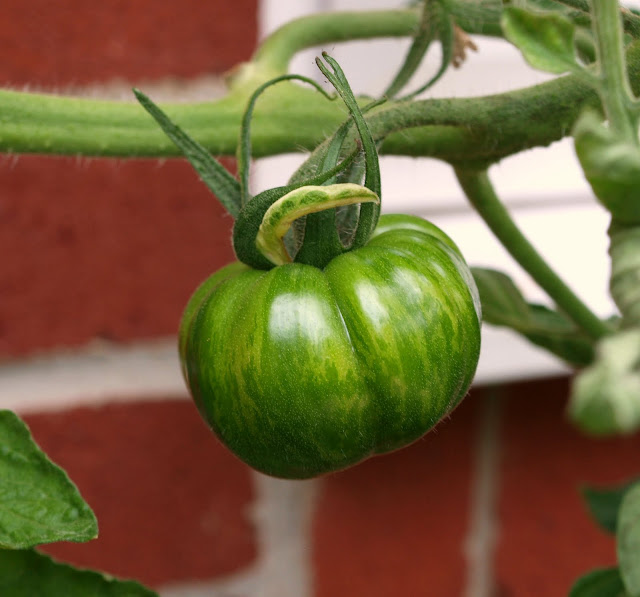 The first couple of the "Sungold" tomatoes have ripened to a lovely deep gold (!) colour. They are definitely more than yellow. 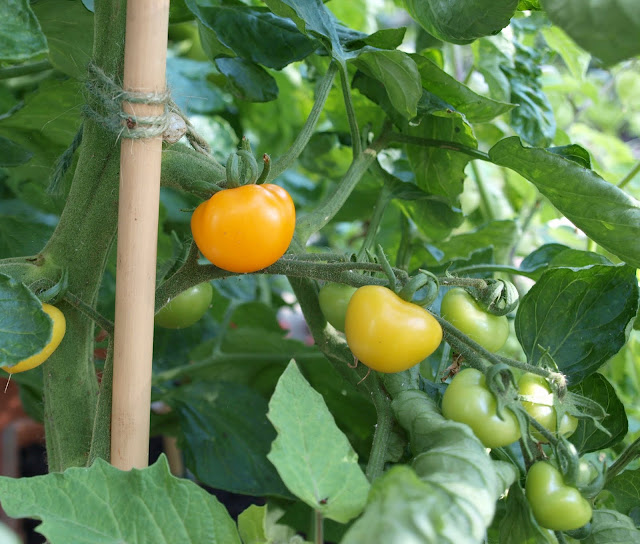 I have put in loads of Endives, wherever there was a space. I have a few each of several varieties. Don't ask me which is which. I know this one is "Tosca", but I can't remember the other ones. 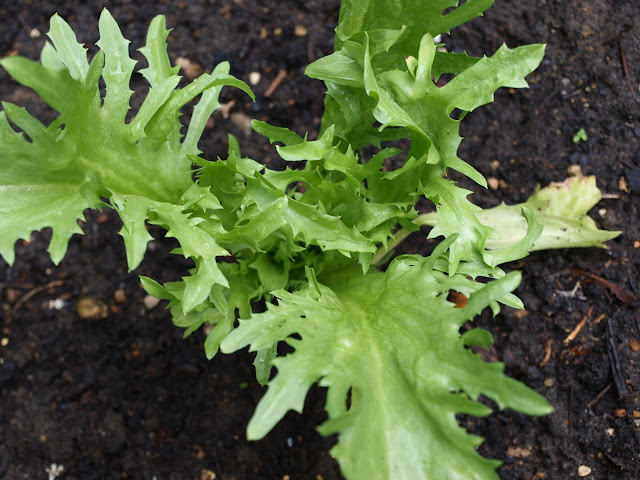 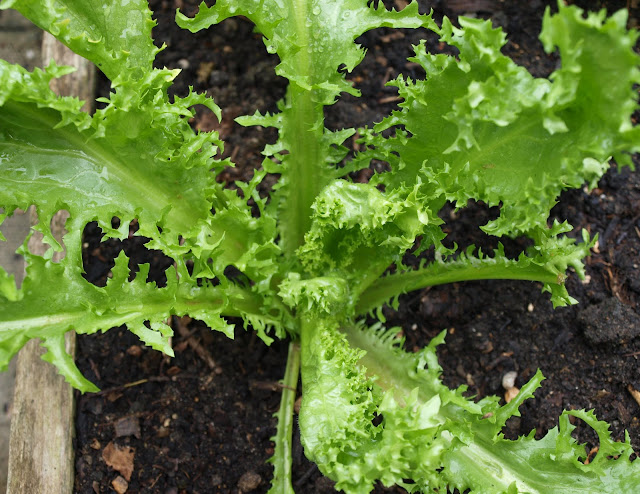 These will mature in about a month or so (if they don't bolt). I find that in my dry sandy soil Endives do bolt very readily.

Since the cucumbers did so badly (one of them died, the other has produced only one very unimpressive fruit), I sowed some seeds of the climbing French bean "Cobra" in the cucumber tub. They almost all germinated and are now reaching up for the wooden supports. I don't expect any of the plants to be individually good, because they are overcrowded and in a relatively low-light location, but I do expect their overall yield to be better than the pathetic cucumbers! 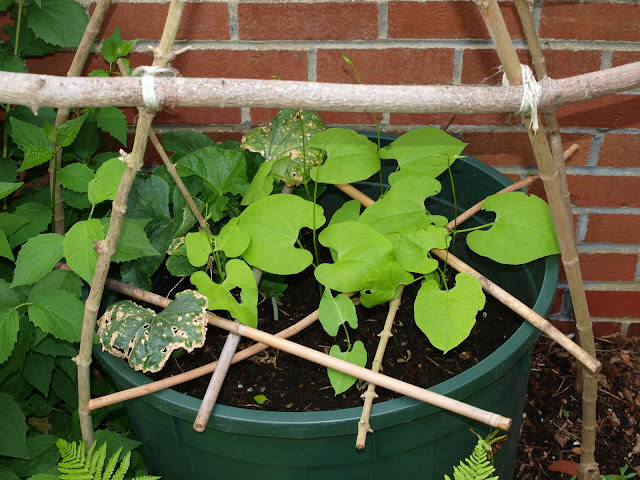 The sticks, by the way, are intended to dissuade foxes from rooting about in the tub - as they often do.

The Purple Sprouting Broccoli and Cavolo Nero plants which were attacked by the Cabbage Root Fly look as if they might just pull through. They are far from healthy, but at least they are still alive.


Some of the chillis are nearly ripe now  - the "Fuego" and "Hot Portugal" varieties - but the "Pinocchio's Nose one has only just begun to set fruit. If they are to live up to expectations ("...may produce fruits up to 25cm long") they had better get a move on.

I'm also going to be able to harvest some more potatoes soon - the "Pink Fir Apple" ones, which ought to be good. More about them later...
Posted by Mark Willis at 17:30