Stained glass - a contrast in styles

During our recent holiday in Herefordshire I had the opportunity to photograph two completely different interpretations of the decorative effects of coloured glass. The first of these was in the church of St.John the Baptist at Stokesay, Shropshire. It is a tiny church but it has a couple of really beautiful stained-glass windows.

In this first scene, the angels appear before the shepherds on the eve of Christ's birth. The words at the bottom of the picture are "GLORY TO GOD IN THE HIGHEST, AND ON EARTH PEACE GOODWILL TOWARD MEN". The picture is full of symbolism:  notice the guiding star; the white doves; the olive branch held by one of the angels, etc. I expect that the plants at the bottom of the picture also have significance, if only we knew it. 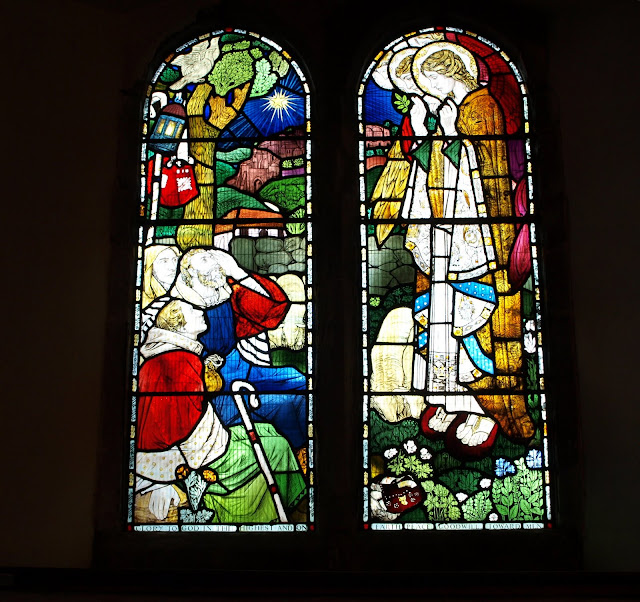 I can just imagine the feelings of the local peasants when these hugely impressive and deeply significant works of art first went on display. They must have been absolutely awestruck.

In the next window we see two of the most important Archangels: 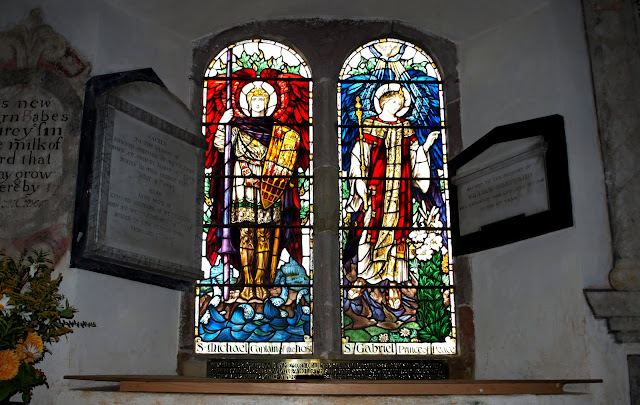 At the left "St.Michael, Captain of the Host" and at the right "St.Gabriel, Prince of Peace".

Before showing you a different style of stained glass, I want to show you a couple of other photos of the church, which incidentally has a long and chequered history. It was originally built in about 1150. These box pews are probably 16th Century. They are described as having survived a  "siege" in 1646, when Partiamentarian troops destroyed much of the church whilst endeavouring to drive out a party of Royalists who had taken refuge there. 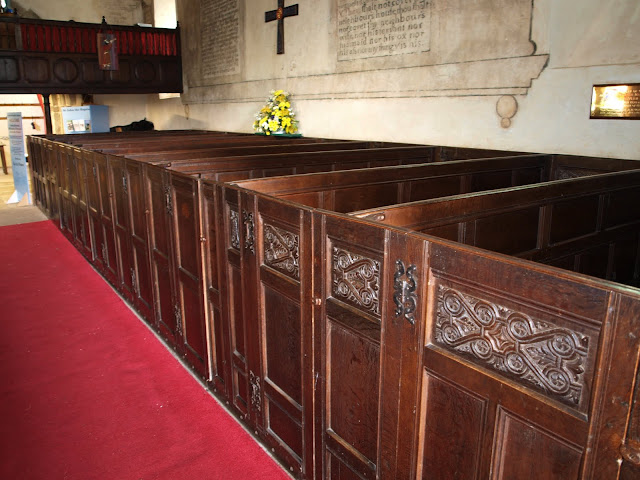 At the front of the church, nearest the altar, are a couple of "canopied" pews, presumably reserved for the local gentry. 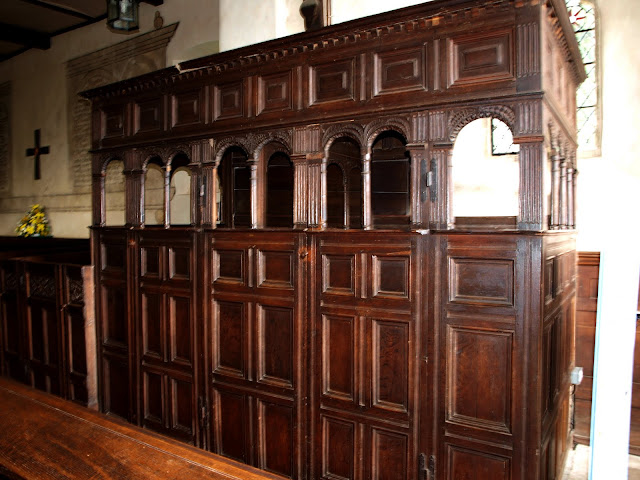 Anyway, on now to a completely different style of glass-work.

During a visit to the Water Gardens, in Lyonshall, near Pembridge, we came upon this curious domed structure, seen here from the other side of the "Monet-esque" lake. First impression - it looks like a Zulu kraal! 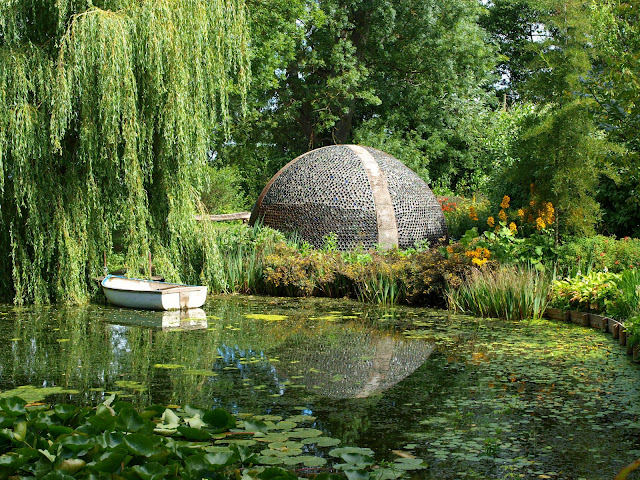 It turned out to be a structure made mostly of coloured glass bottles, with their bases outermost. Inside, the light effect was magical. 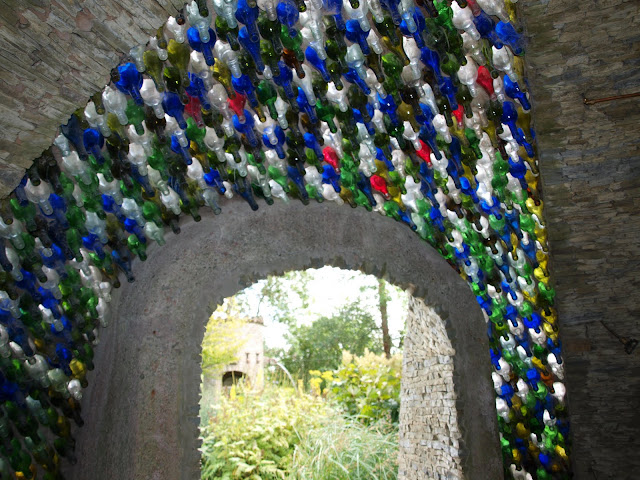 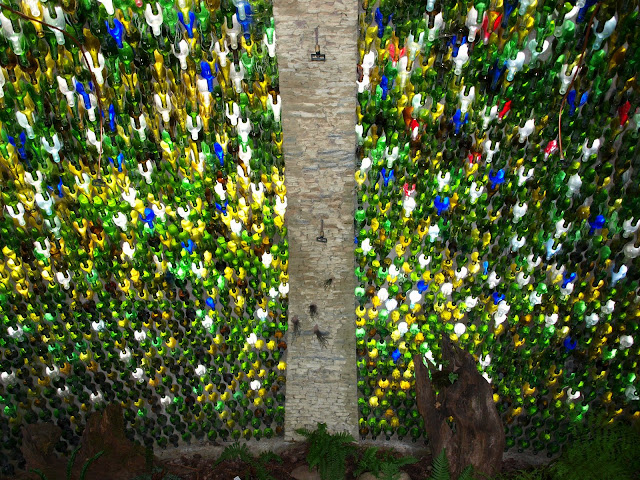 The interior of the structure was a small garden of ferns, kept damp by a built-in sprinkler system in the roof.
All I can say is "Wow!". Not like the ecclesiastical stained-glass, but ingenious and very impressive nonetheless. 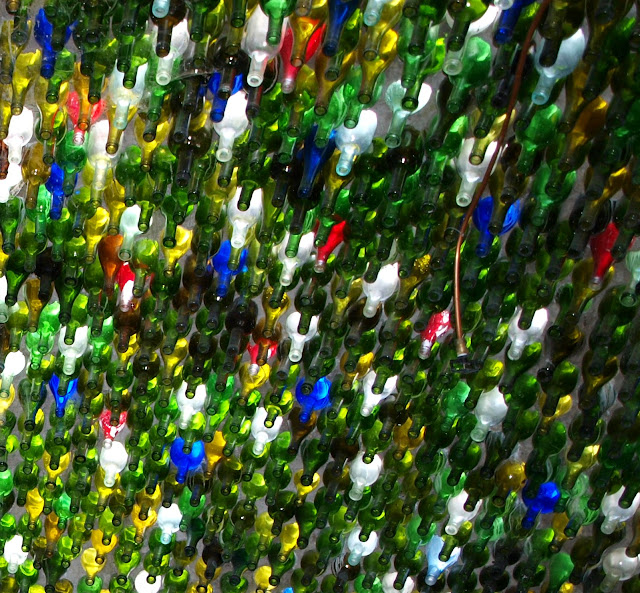 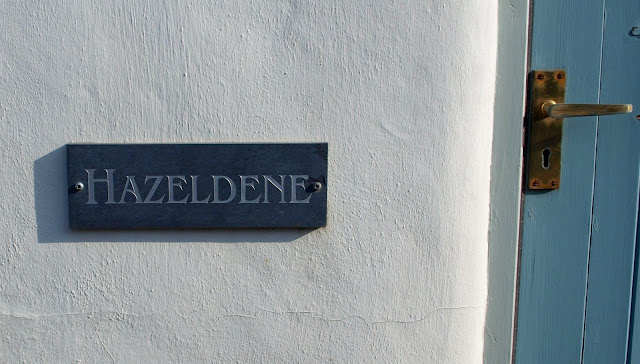