You all know that I'm very keen on growing chillis.... Here's an update on how things are going with mine. 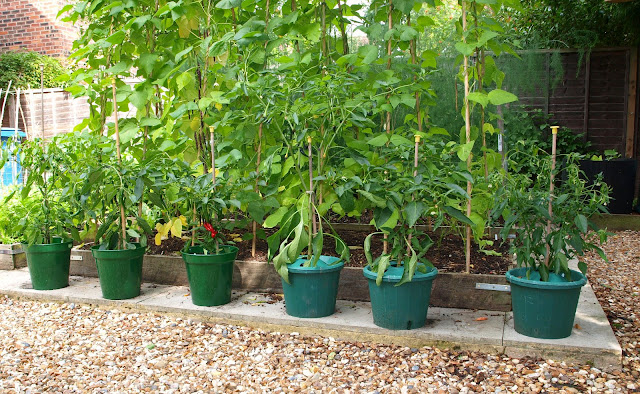 I know it's a bit difficult to see this in the photo above, but most of my six plants are about 50cm or so tall. The one exception is "Pinocchio's Nose" (3rd from right), which is considerably taller. All of the different types have set a decent quantity of fruit. The one with the least quantity makes up for its deficiency in quantity by scoring the most points for "artistic interpretation":

The "classic" chilli is represented by "Fuego F1". Most of the fruits are still green, but there are lots of them, and they are long and regular-shaped: This was the variety that produced the first fully red fruit - but just one so far.

The "Hot Portugal" is the most advanced, in terms of ripeness. The first few of its fruits are all ripening together. Their colour is fantastic - really vibrant - but it has taken them a long time to get to this half-red stage. The first red colour showed nearly three weeks ago.
﻿ 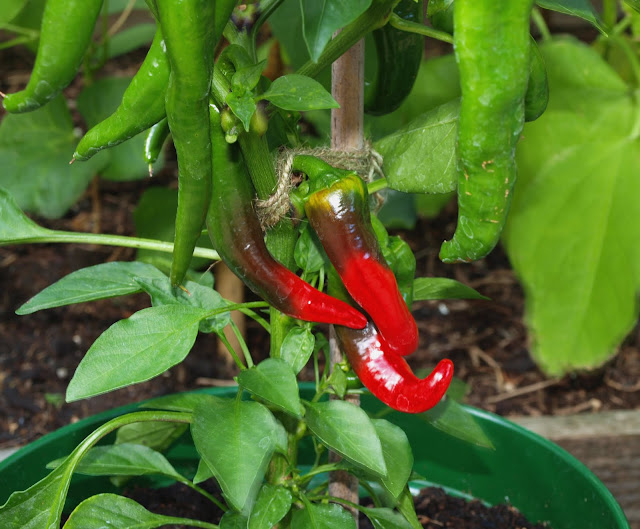 ﻿
The fruits of "Short Fat" (my invented name for an unknown variety) have not grown in size for ages. They are still about the size of an average cherry. I think this is as big as they are going to get. Did I mention that I think they may actually be the variety called "Cherry Bomb"? The first one of the fruits is just turning red now. 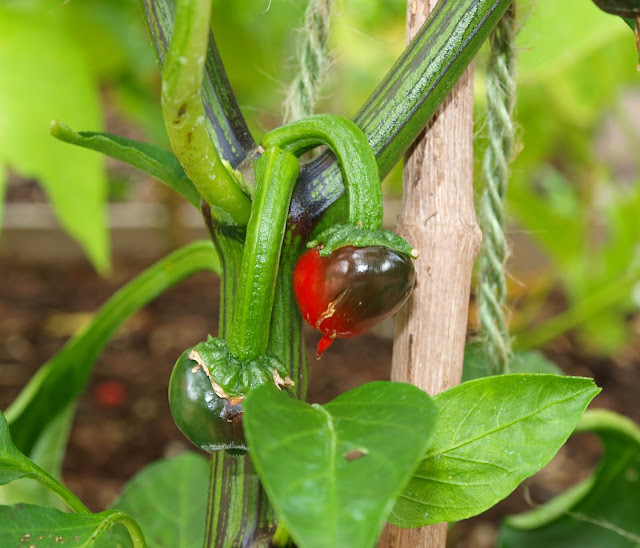 The fruits of the one I call "Long Medium" are completely different this year. Last year they were much longer and thinner; this year they look just like small Bell Peppers / Capsicums - short and squat: 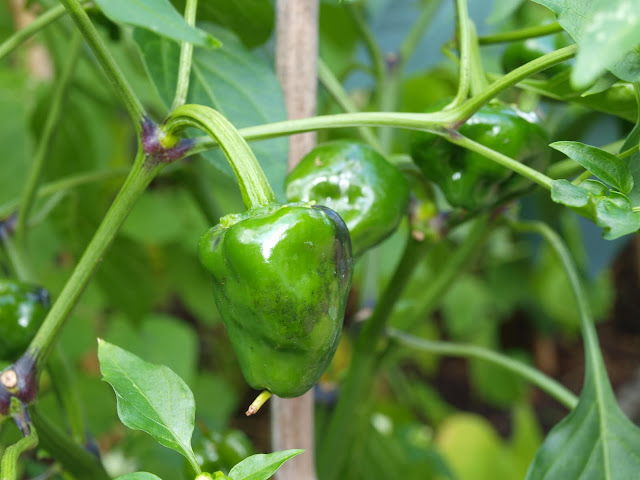 This is presumably as a result of hybridisation - or inter-breeding - between the various varieties, which are notoriously promiscuous at the best of times. The seed for this year's plant came from last year's plant, but it has very obviously not "come true".
Last of the set is "Serrano", grown from the free seeds from "Wahaca" restaurant. So far this plant is unremarkable. Not huge; not amazingly prolific; its fruits are so far small and insignificant. Will they make up for this by being brilliant in terms of flavour and/or heat? Who knows? 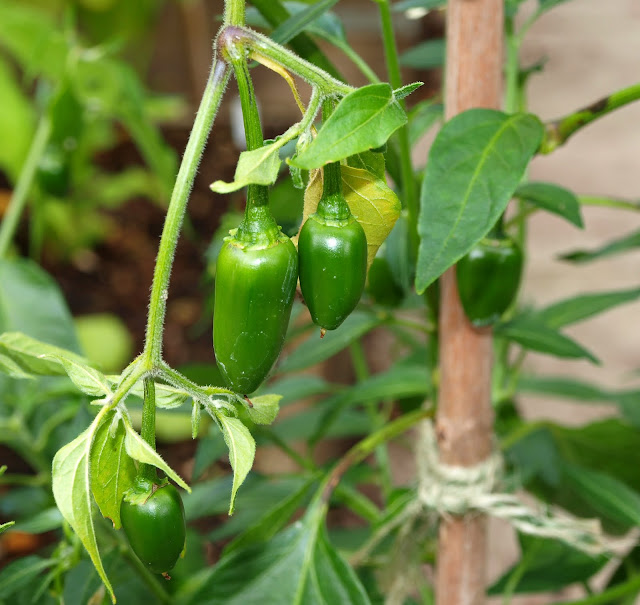 I always grow my chillis in big (12") pots, so that I can move them around at will - keeping them under cover in the Spring until they are well established, then being able to move them about the garden into sunny positions during the Summer (wishful thinking), and finally letting me bring them indoors in the Autumn if the fruits don't all ripen before the weather turns cold. It's easier for feeding them too. I give mine a weekly dose of tomato food..
Posted by Mark Willis at 17:30