I've had a good year for carrots. I have grown three types - a rainbow mix called "Harlequin", some "Chantenay Red-Cored" (which turned out not to have red cores!), and a well-known maincrop variety called "Autumn King". The latter is an "old-fashioned" variety, but one which definitely deserves its popularity. It produces huge deep-orange roots which somehow manage to remain tender despite their size. 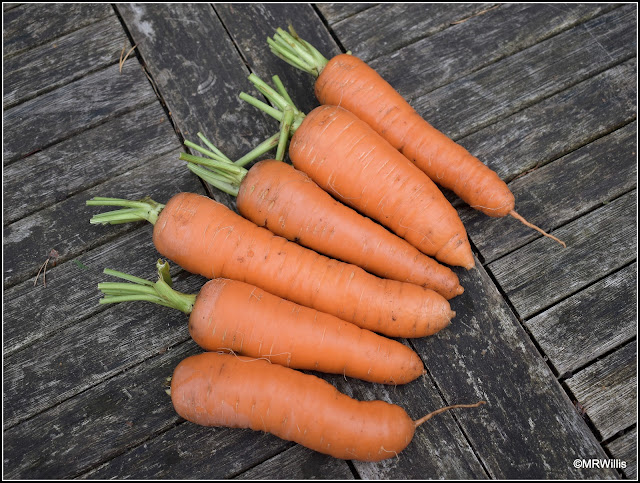 My other two types of carrot are finished now, so today I lifted my first batch of "Autumn King". Some of them are huge. 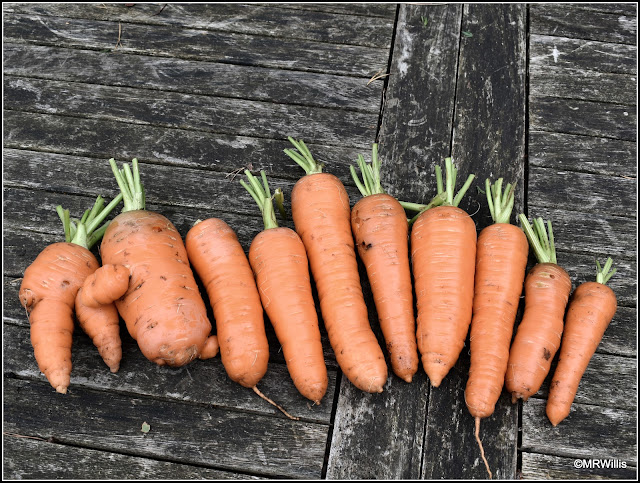 The biggest one I pulled up today weighed 376g. It's the fat barrel-shaped one seen in this next photo. 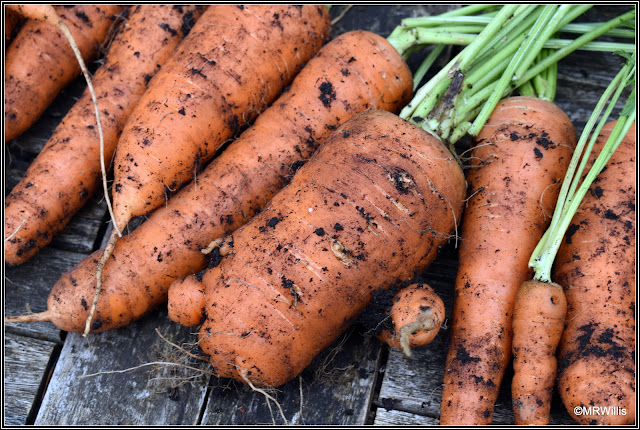 I only have one 2.4m row of these, but because of their robust stature they will produce a pretty decent yield, and keep us supplied for several weeks to come. 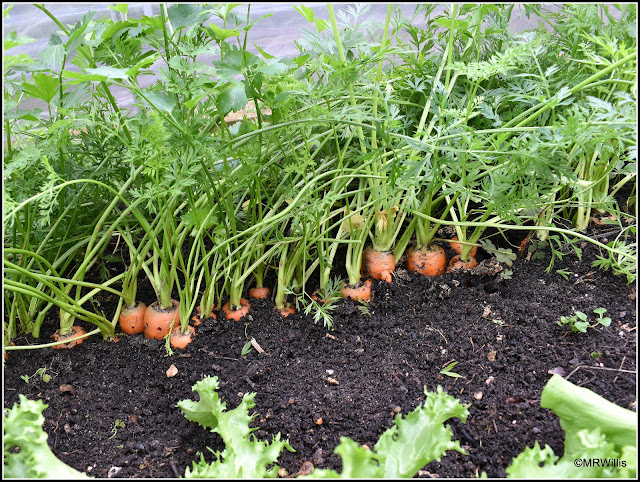 After my other carrots were lifted I planted the vacant space with some endives and chicories, which you can see here on the right: 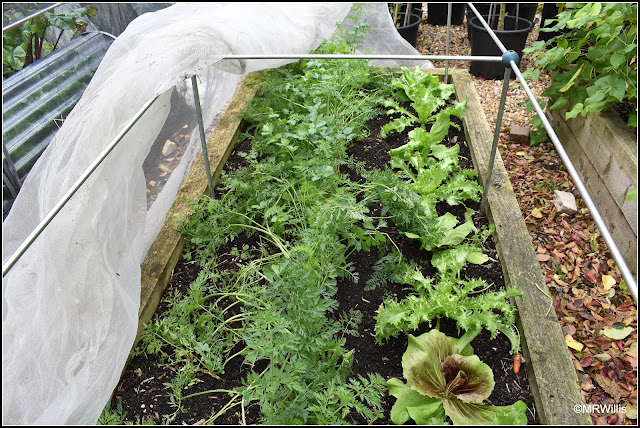 They are still small, but I'm hoping they will mature in their own good time, hopefully before Christmas. Actually I think the Enviromesh which is primarily for the benefit of the carrots will give them a welcome bit of protection too!

By the way, not all the carrots were good-looking... 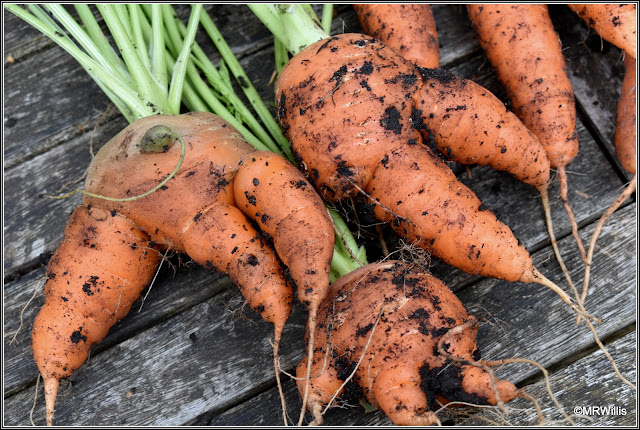 They may not be pretty, but there's plenty of useable material there. I often use the irregularly-shaped ones when I make stock, for which they are perfectly fine. 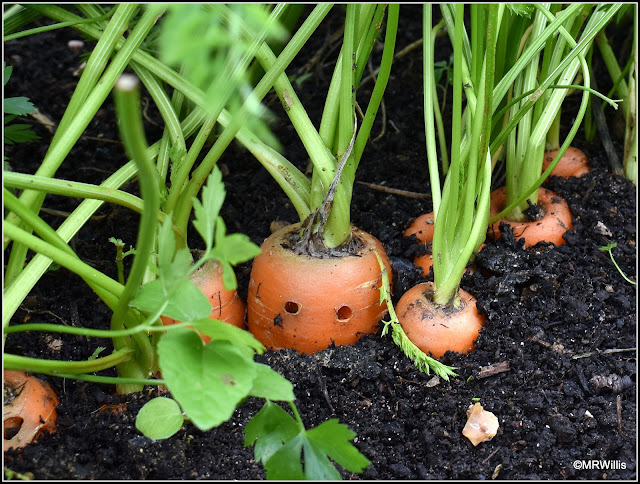