How do you tell when apples are nearly ripe? Answer - "When the birds start pecking them"! 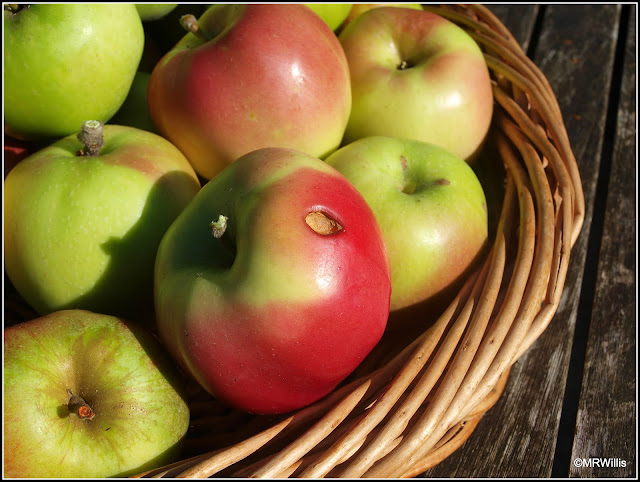 I've lost a couple of my apples in this way this week, and I only have a few so every one of them is precious. Today therefore, I picked all the remaining ones from my "Laxton's Superb" tree. They are mostly pretty small but this is probably because the tree is still a youngster (this is its third productive season).

However, I'm quite proud of the two big ones at the front. Although they are a good size they unfortunately lack the rosy blush that most of the others have, presumably because they have been shielded from direct sunlight.

To be honest, I'm not fussed if the apples are small, as long as they taste nice - you can always eat two if you want to! This variety tastes very much like the well-known "Cox's Orange Pippin" (commonly referred to these days as simply "Cox's"). The texture is good too - firm and crunchy but still juicy.

At the other side of my plot is my "Winter Banana" apple tree, whose fruit ripens about a month later than the "Laxton's Superb". This year it has a lot more fruit than ever before, although they are smaller this time. 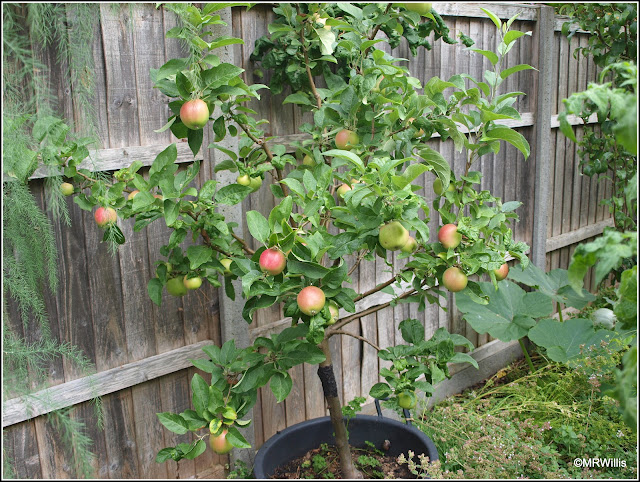 I have been progressively thinning the fruit, but it appears I have not been ruthless enough because one of the tree's branches has snapped. 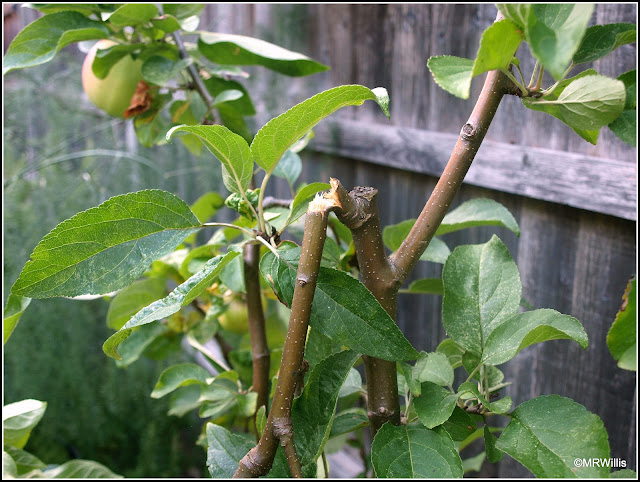 I have rescued the fruit from the snapped branch, in the hope that they will be edible. Do apples continue to ripen after picking, or do they just decay?? 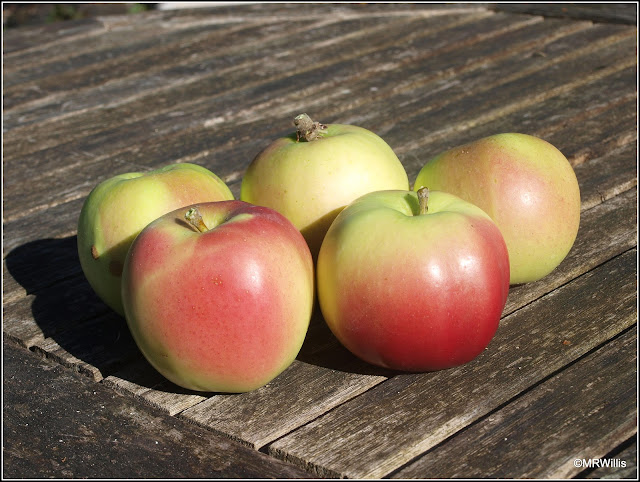 My final apple tree is the one which is supposedly a "Bramley". I say "supposedly" because I'm not convinced that it is. Certainly it's most unlike all the other "Bramleys" I have encountered!


This tree is also relatively new - it produced its first fruit 2 years ago, and last year it had 3, none of which made it to maturity. This year it has had 9, but again I have lost some to the birds (probably the destructive and malicious Magpies!). I think they peck the fruit to see if it's ripe, and when they find that it isn't they just leave it. The hole they have made lets in rot though, and eventually wasps move in, so the apple is lost (to me as least). 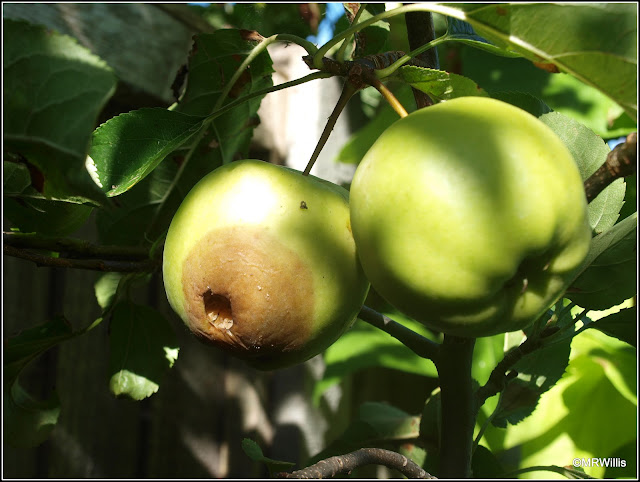 Three of my nine "Bramleys" have been lost in this way, so I have picked the remaining six. 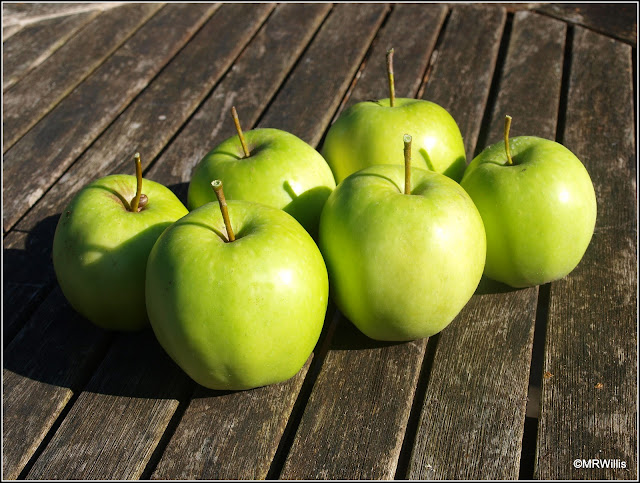 We are planning to cook these ones tomorrow, and then we shall find out for sure if they are "Bramleys" or not.  One of the hallmarks of a real "Bramley" is that unlike other apples it falls (disintegrates) completely when cooked.

For now though, I leave you with this picture of my basket filled with apples of all three types.

And the best thing is, I still have most of the "Winter Banana" ones to come - birds permitting...!

UPDATE: Cooked the apples today (16/09/19), and they did not fall, so definitely not "Bramleys". Nice apples nonetheless.
Posted by Mark Willis at 17:00