I like beans - you probably noticed! In one of my raised beds I planted this year two varieties of Runner Bean and two varieties of climbing French beans. There wasn't room for any more types, but I really wanted to grow some Borlotto beans for drying, so I was determined to make space for some, somewhere. 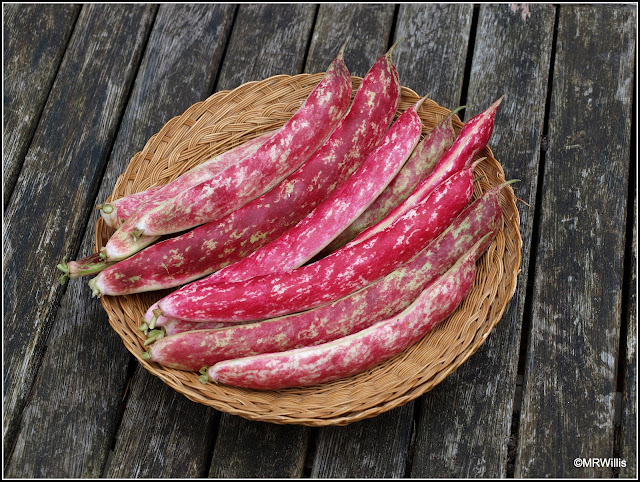 In the end I planted half a dozen Borlotti in a plastic crate positioned down at the bottom of my garden where the soil is really poor. This is a place where I had been unable to grow anything at all prior to the felling of my neighbour's big conifer tree. 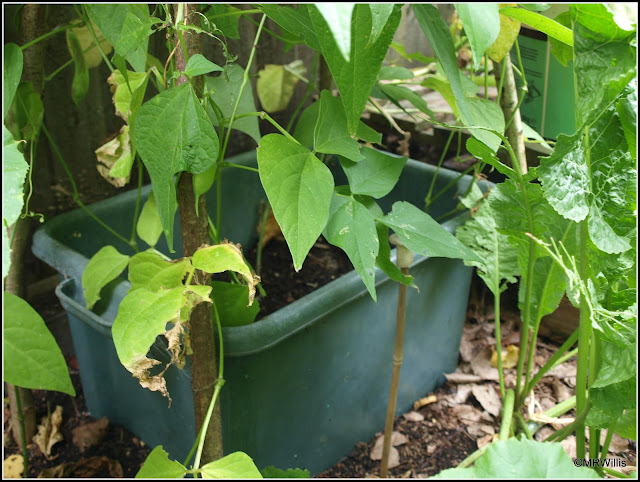 Because of the poor soil in that location I filled the crate with decent compost, but I did have to be really careful to water the crate frequently as it dried out very rapidly. Nonetheless the Borlotti plants grew vigorously and soon submerged the 6-foot Hazel rods I had given them for support. Apart from watering them, the bean plants got no further attention. 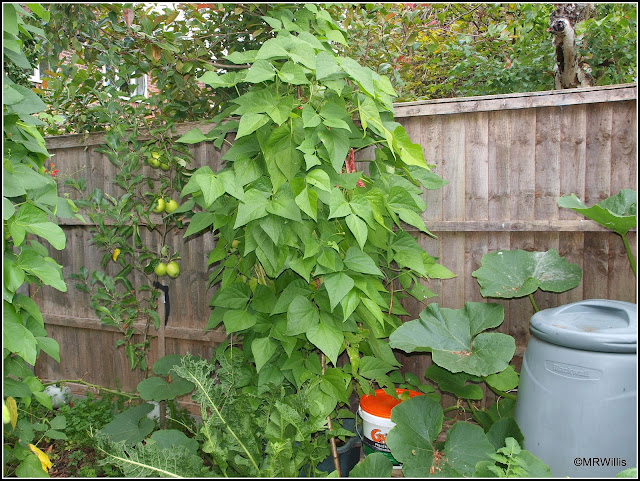 A few days ago I became aware of a few splashes of colour amongst the foliage, so I had a closer look. Gently pulling back the leaves, I saw that the plants had a fair number of pods, some of which were already that lovely speckled red colour that ripe Borlotti have. 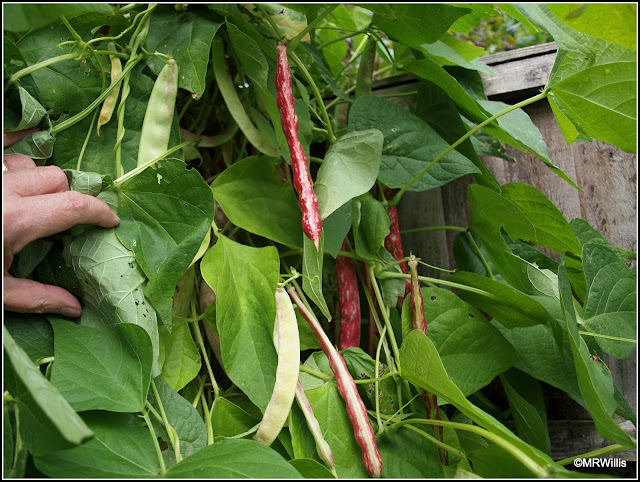 Having grown these beans primarily for shelling, I plan to leave them until the pods go past the red stage and turn brown, at which point I will pick them and bring them indoors for thorough drying. However, I also love Borlotti at the "flageolet" stage - that's to say partially ripe, with the beans still green (conceptually, if not literally), so I have picked just a few to use like that. 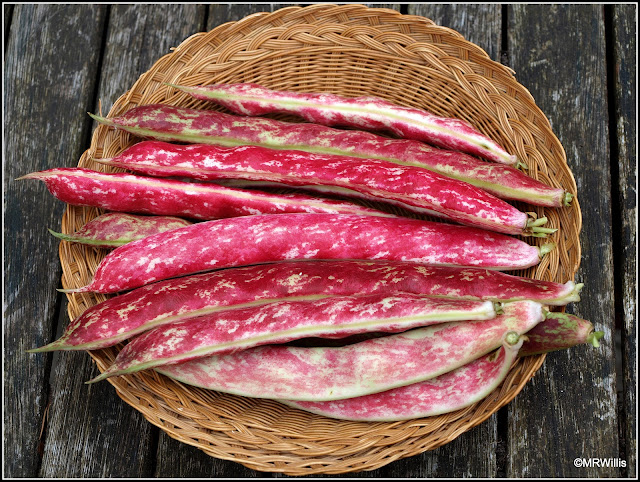 I think that immature Borlotti like this go really well with pork dishes, so mine will probably end up being paired with a Pork Tenderloin fillet that we happen to have in the freezer right now...

Isn't it a shame that you have to discard the pods? They are things of such beauty that it seems wrong to just compost them! 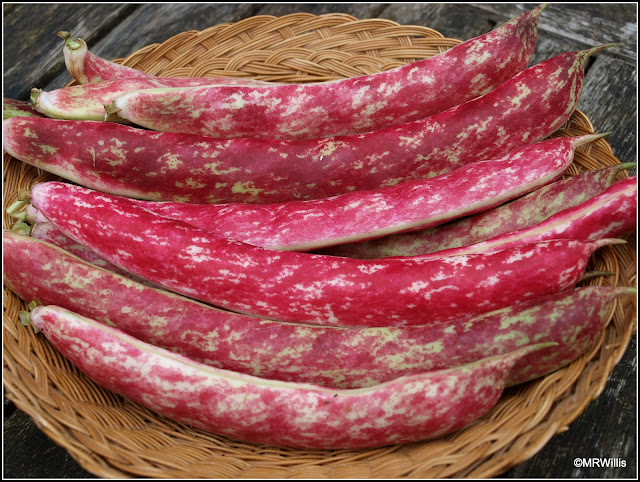