Although it definitely feels like Autumn now, the weather has really suited many of the crops in my garden. It's still quite warm during the day, with a fair amount of sunshine, and night-time temperatures are still in double figures - good conditions for ripening fruit and veg!

My tomato harvest this year is another good one. 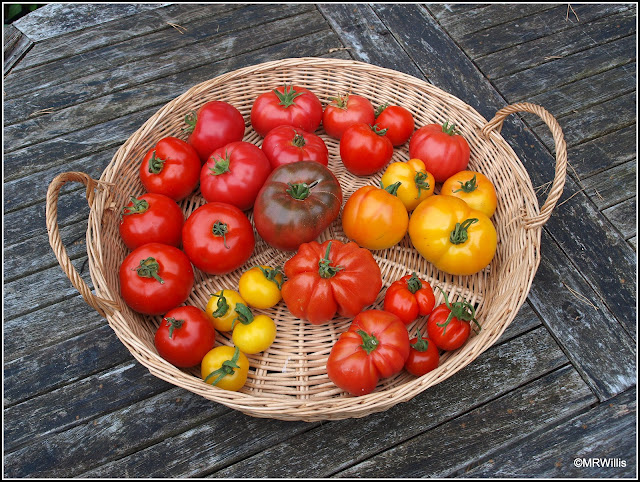 Many of my plants have produced an above-average yield, like this "Moneymaker" one: 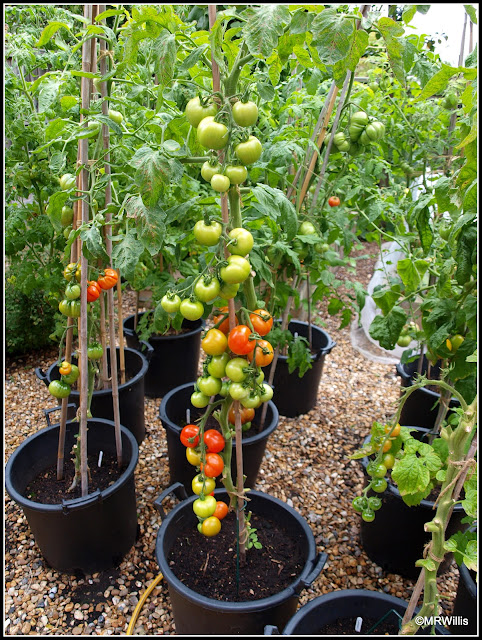 I stopped it after it had produced 5 trusses, but I'm sure it would have produced plenty more if I had let it!

The most exciting new-to-me tomato variety I have grown this year is "Little Lucky", grown from seeds kindly provided for me by Craig LeHoullier in the USA. Its fruit (when ripe) are a lovely rich golden yellow. You can see some of them at the Bottom Right of this next photo: 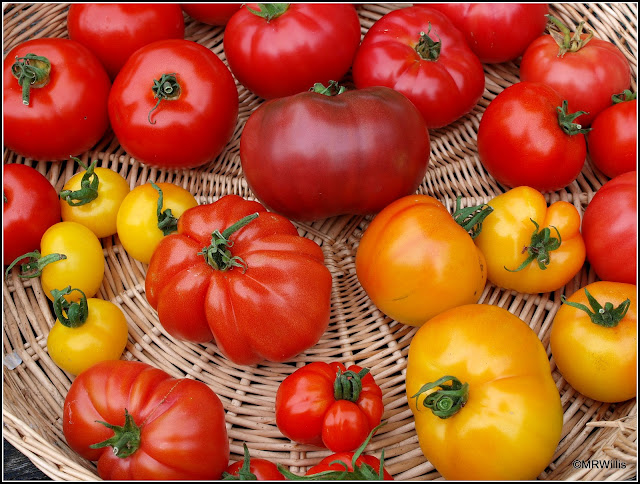 The best bit is inside though - when you cut one open a deep flush of pink is revealed: 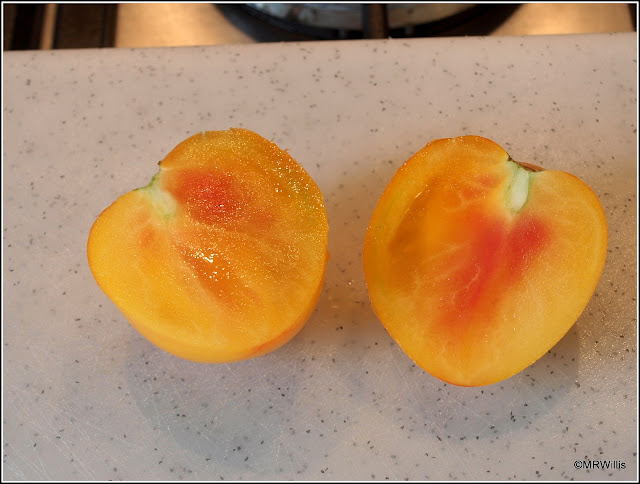 In terms of taste this variety is also a winner. I generally find yellow tomatoes to be disappointing, but this one isn't. 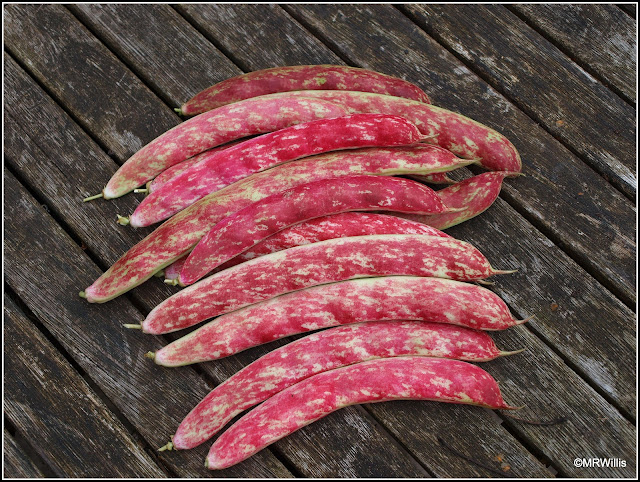 My original intention was to keep the Borlotti for drying, but we ate a batch of them a few days ago as flageolets (in other words, immature beans. The pink pods are discarded). I cooked them separately in water until just tender (about 15 minutes) and warmed them up later in some homemade tomato sauce. They were so delicious that I just had to pick another batch! 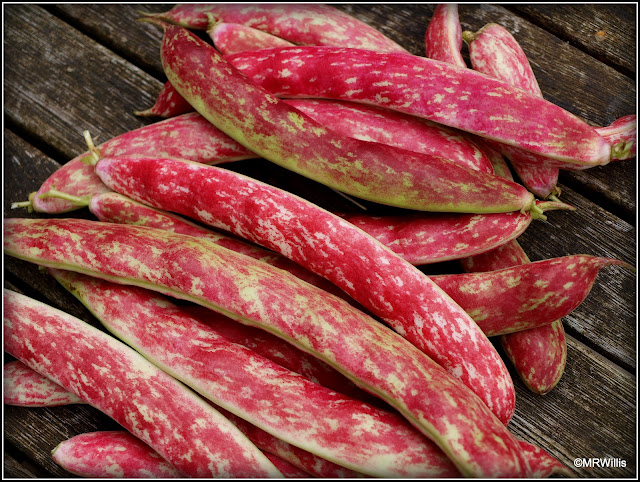 Here's a little tip: beans like this will probably never go soft if you cook them in salty water or stock - they just remain hard. It's better to cook them in plain water and add them to your dish at a later stage.

This is an "Autumn colour" I hadn't expected to see: 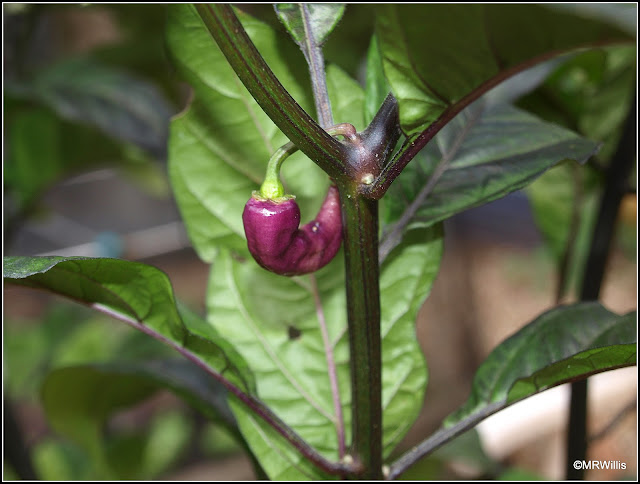 It's a fruit on my "Pink Tiger" chilli plant, grown from seeds provided by Paul Speight of The Chilli Diaries. This plant was one of those hardest hit by the weedkiller-contaminated compost incident in the Spring, but it eventually recovered. I thought it was too late for it to produce any fruit, but I have been proved wrong. This week I discovered that it has about half a dozen tiny pink/purple fruits like this: 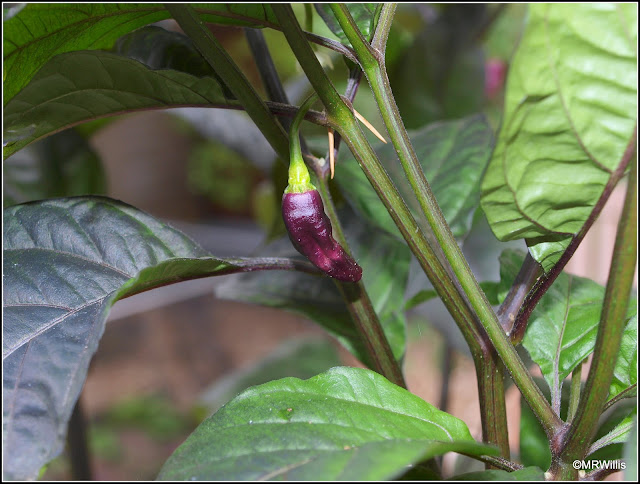 Fortunately lots of my other chillis are also ripening now. This is "Paper Lantern": 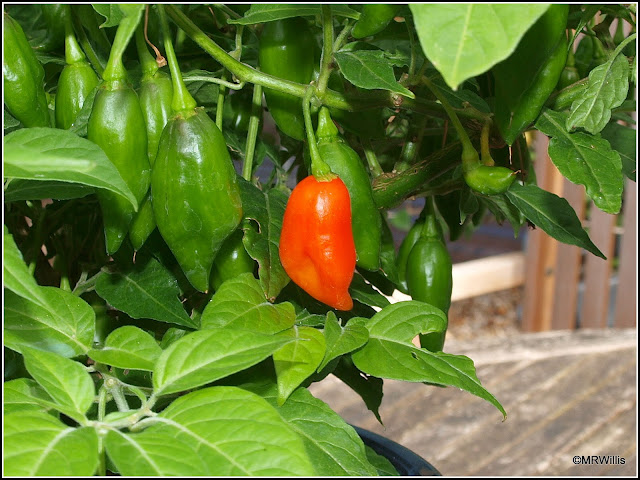 And this is "Cayenne" (a very fat one, evidently). 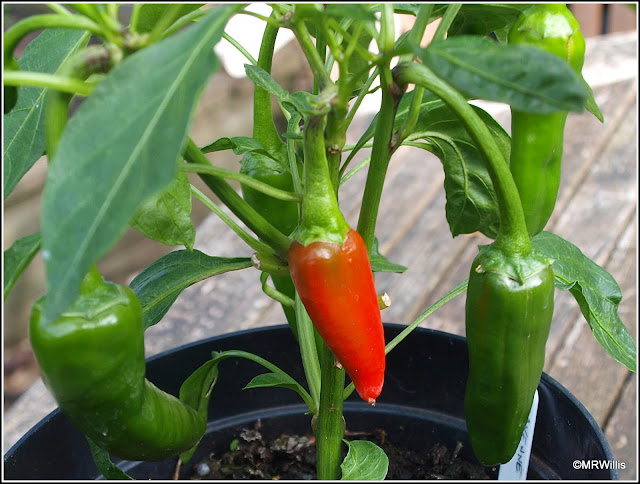 Some of the salads are joining in with the Autumn Colours theme too. This is Chinese Cabbage "Scarvita F1": 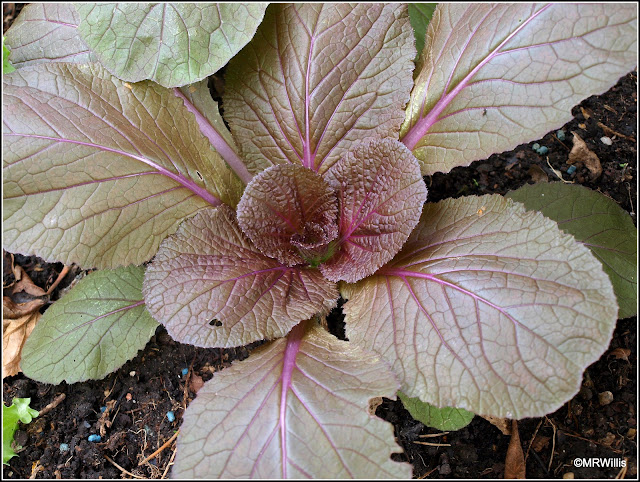 Interestingly, some of those cabbages are more purple than others... 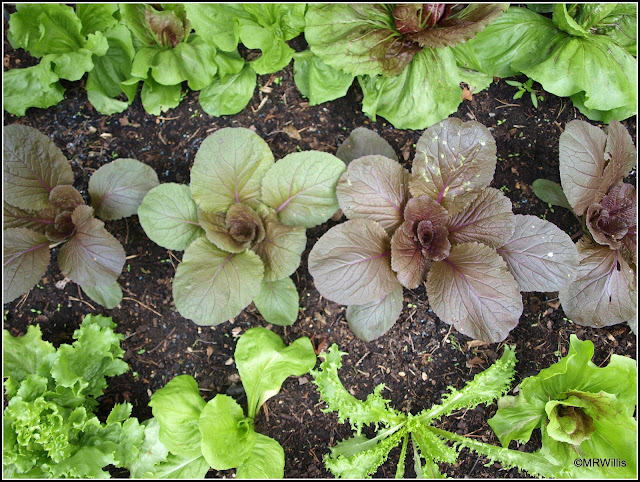 My Chinese Cabbages are flanked by chicories and endives. At the rate all these things are growing that bed is going to be pretty crowded before long! 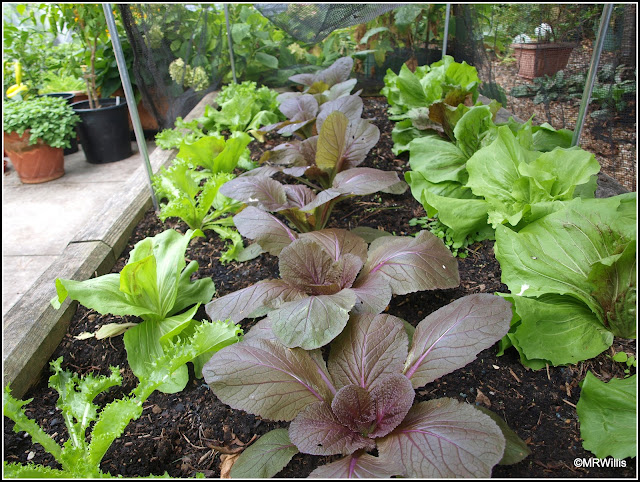 As the weather turns cooler, some of the chicories change colour, becoming progressively redder. This is one of the Radicchio-type ones which will eventually produce a tight heart of red leaves with white ribs. 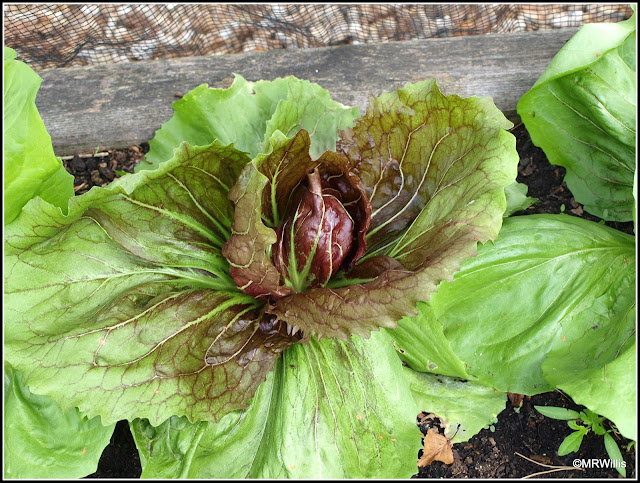 One of the few veggies in my garden which bucks the red / orange / purple trend is the Crown Prince squash. 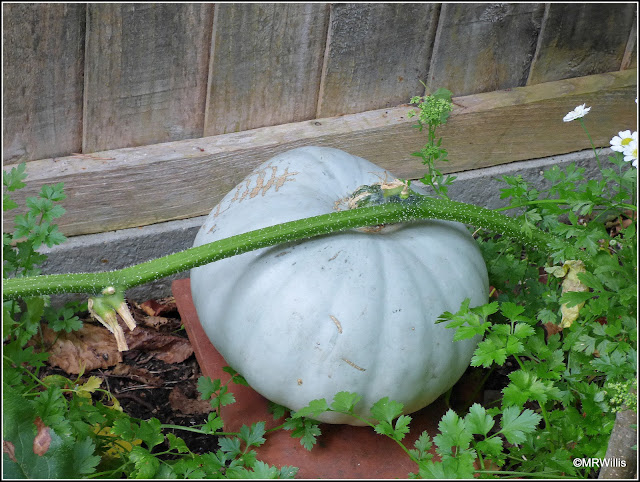 I'm almost wishing I had opted for a bright orange pumpkin!
Posted by Mark Willis at 12:30