In the spotlight: Galerina marginata

Having posted the other day about one of the best edible mushrooms, today I am going to write about one of the most dangerous! This is Galerina marginata, known rather melodramatically as the Funeral Bell. 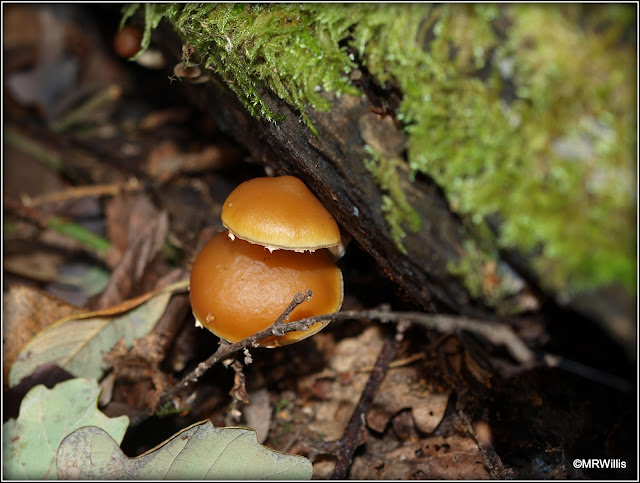 This unassuming "Little Brown Mushroom" is probably the UK's second deadliest fungus, after the Deathcap (Amanita phalloides). However, don't be too alarmed, because it will only poison you if you eat it. Touching it, even sniffing it, is not going to harm you, though I wouldn't risk a taste-test!

The Galerina marginata supposedly grows most often on conifer stumps or fallen trunks, especially favouring very old, soggy wood. The ones I have seen have been on what I think is Birch wood, though it is hard to be sure when the wood is very old. 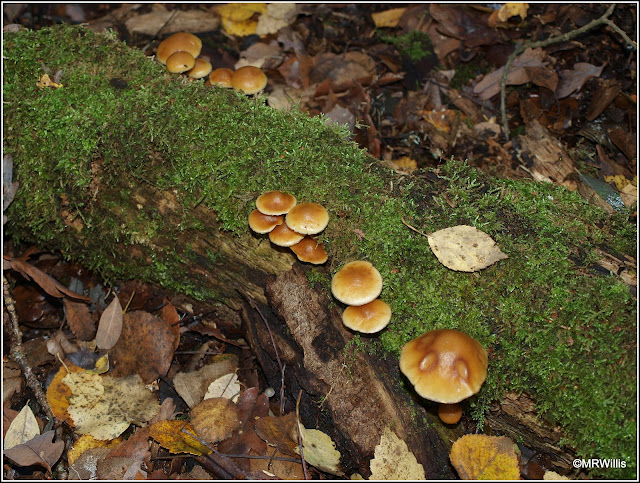 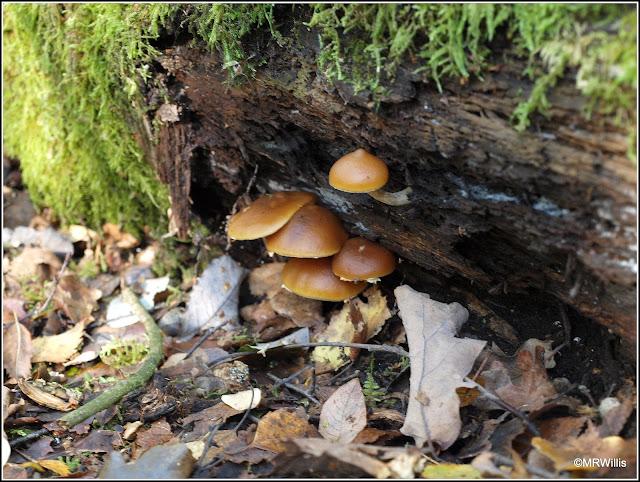 Because of this, their stems are often curved or bent at approximately 90 degrees.

The cap of this mushroom is tan coloured, sometimes quite dark, but more often a lighter shade sometimes described as "rufous brown". Larger specimens can reach about 7cm in diameter, but most are a lot smaller than this; maybe 3 - 5cm. Curiously (considering its common name) the shape of the cap is not really bell-shaped. In young specimens it is more domed or hemispherical, but when they get older the caps flatten out. This particular one is quite dome-shaped. 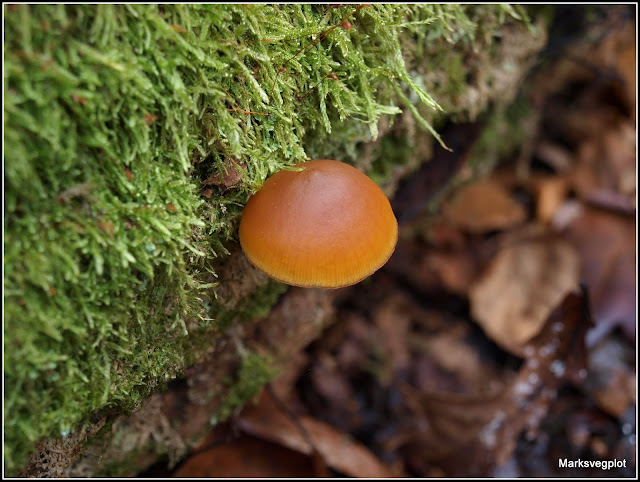 The second part of this mushroom's name - "marginata" - alludes to the fact that its cap usually has a dark centre with a distinct, paler margin, which you can clearly see here: 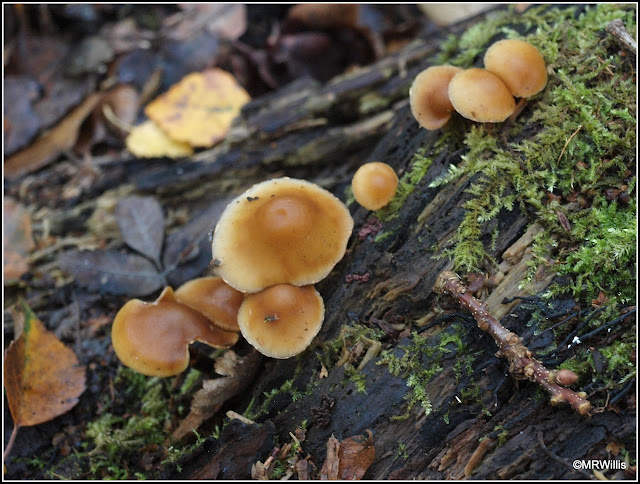 The cap margin is also often "striate", meaning that it has lines or ridges ("striations") radiating out from the centre, as shown in the next photo. 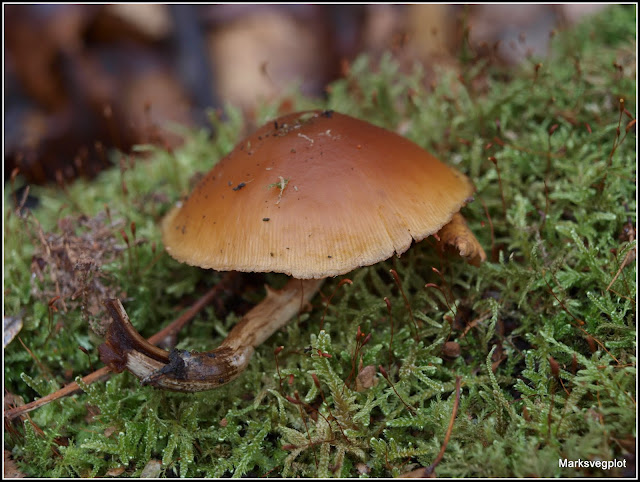 As mentioned, the stems of these mushrooms (which can reach 7cm, but are normally somewhere between 2 and 5cm long) are often curved, or contorted, like the one in the next photo. They are usually buff-coloured where they meet the cap, but much darker at the base. They are also "longitudinally fibrillose" which means they have stringy fibres running down their length. 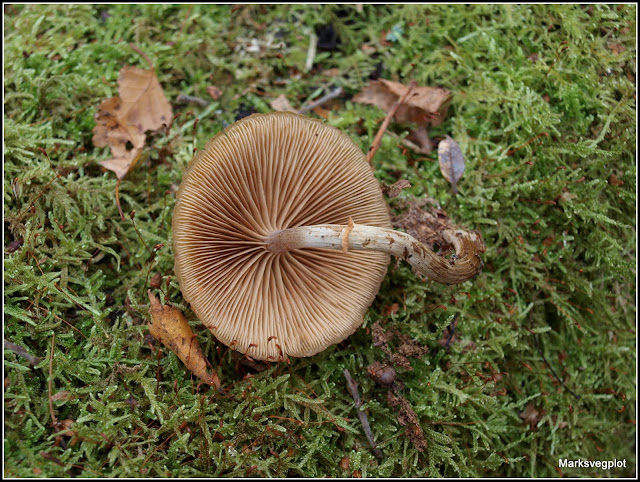 The stem has a fragile ring (also visible in the photo above), which often disappears by the time the mushroom is mature.

The gills are very crowded, and much paler than the top surface of the cap. They are "broadly adnate to partially decurrent", which means that they are firmly attached to the stem and run down it a little way (see photo below). The spores that fall from them are described as being "snuff-brown", which to me looks a bit greenish - perhaps "olivaceous"? 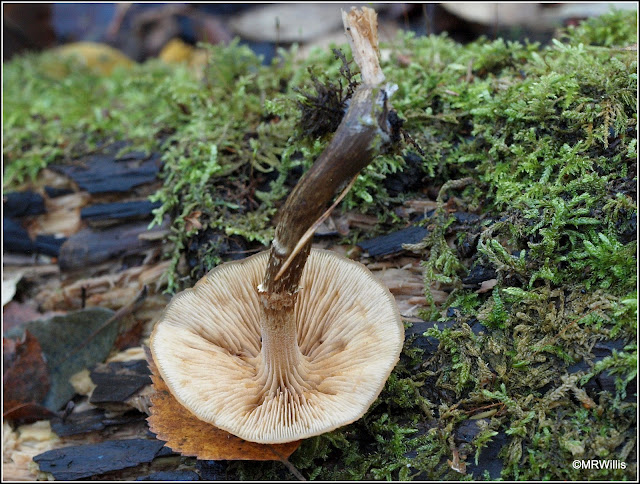 The season for Galerina marginata to fruit is quite long, ranging from late Summer right into the Winter. In the 3 years in which I have been seriously studying fungi, I have seen this one mainly in October, but also as late as early December. 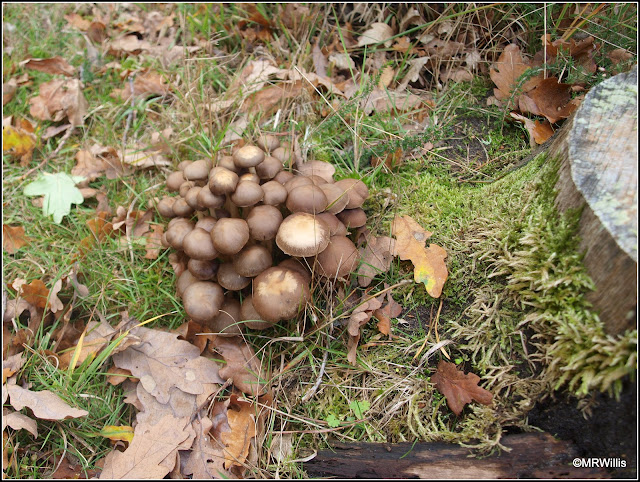