This time last year, a friend gave me a few tubers of Stachys affinis - Chinese Artichokes, aka Crosnes. They have been growing all year in a pot on my patio, and this week I finally decided to harvest them. Not having grown this vegetable before, I was very keen to see how big a crop the plants would yield. It's a bit like harvesting potatoes - you have no idea what you are going to get until your dig up the plants. 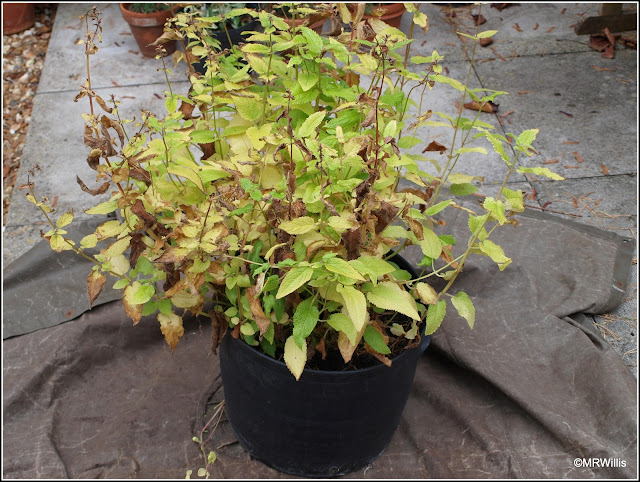 Apparently the time to harvest these things is when the leaves turn brown and begin to drop - so about now!

I up-ended the pot and tipped out the plants (I say plants, plural, because I originally planted 3 small tubers). This is what I saw: 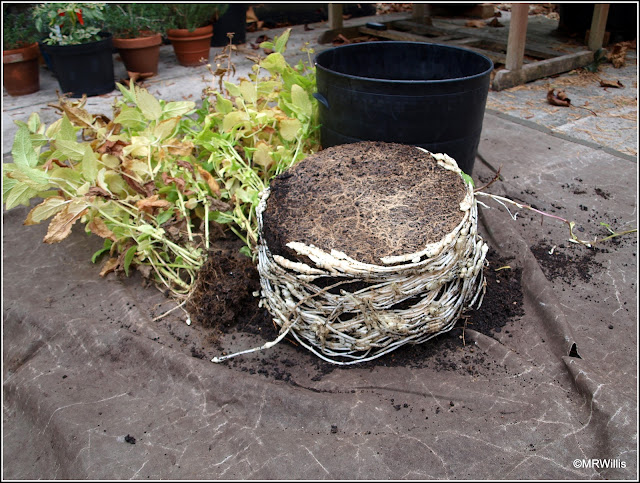 The plants had produced a mass of underground rhizomes, like Mint does, and the edible tubers are the tips of these rhizomes. 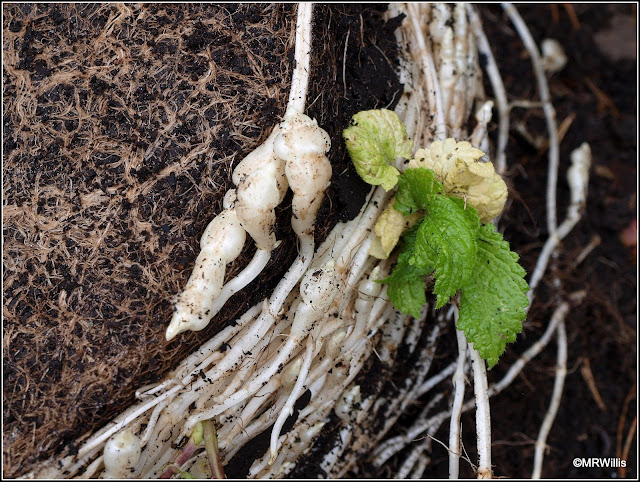 Well, what can I say? I picked off all the little tubers and this is what I got - a total of 160 grams - probably about enough for one 2-person serving. It's not an impressive yield for a whole year's growth, is it? 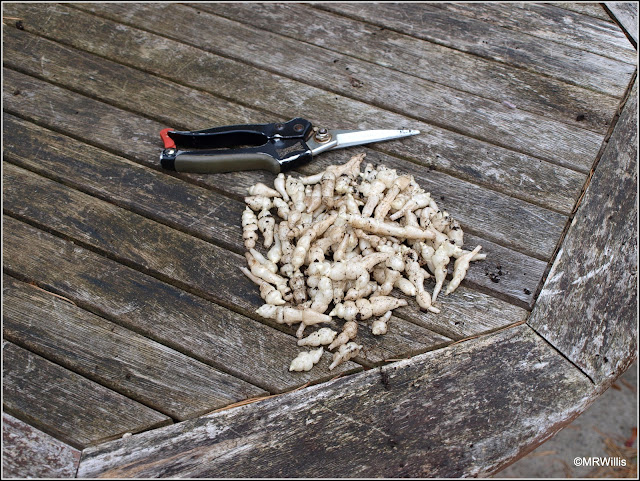 On the plus side, I'll just say that when eaten, these little tubers are pleasant enough, though in my opinion not a great delicacy. In terms of taste and texture I think they are quite similar to Water Chestnuts and because of this we'll probably use them in a Chinese dish. Due to their strange shape they need careful cleaning, though thankfully they do not need to be peeled! 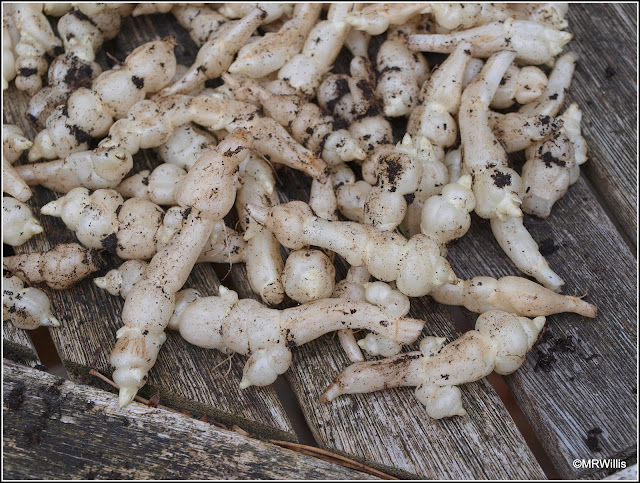 I grew these for their novelty value, but I don't think I'll bother with growing them again, because I think they have a poor VSR (Value for Space Ratio).
Posted by Mark Willis at 12:30