Each year for the past several years I have tried to keep some of my chilli plants throughout the Winter, so that I can get an earlier harvest, compared to plants grown from seeds. I have had varying degrees of success with this. Most often the casualty rate is high - more than 50% is normal. This year, the survival rate has been much better. I kept 8 plants and so far I have lost only one. The thing that has made the difference is this: 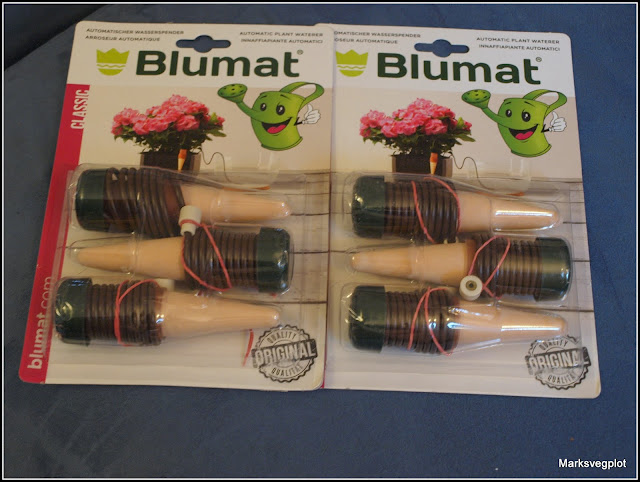 This is a self-watering kit - well, actually two kits, each with three devices. Each of the devices has a porous hollow ceramic cone with a plastic tube attached. The cone is filled with water and pushed into the soil near the roots of a plant, like this: 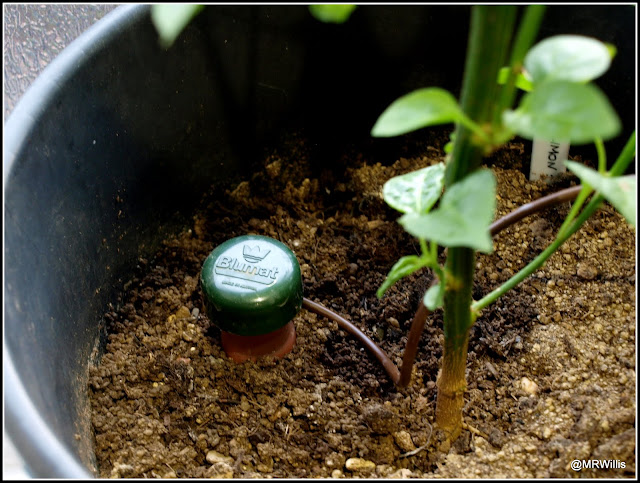 The tube (about three feet long), connects to a suitable water reservoir: 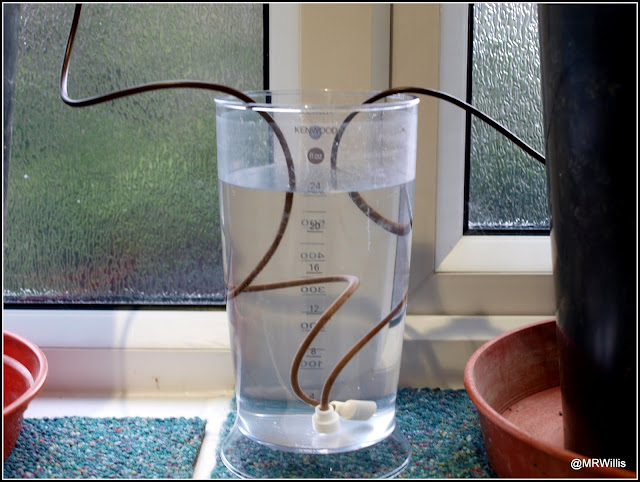 Capillary action ensures that the plant sucks up just the right amount of water - not too much and not too little. All you have to do is top up the water in the reservoir every now and then. It seems to work well, because most of my plants are still looking pretty strong, with lots of leaf. These two reside in our (seldom used) 'Family Bathroom'.


Having six of the devices, I naturally used them on six of the plants I wanted to keep. Five of them are fine, but one died very suddenly - I mean almost literally overnight. I still don't know why. I left the casualty for a while, in the hope that it might revive, but sadly it didn't, and I had to admit I had lost it.

Two other plants had got off to a less comfortable start - one on an indoor windowsill, and one on a garage windowsill. The garage is unheated, but within the shell of our house, so frost-free. To both of these plants I applied my usual watering regime. Neither has done well. Both have slowly but steadily died back from the tips of the branches, only the lowest of which now remain green. 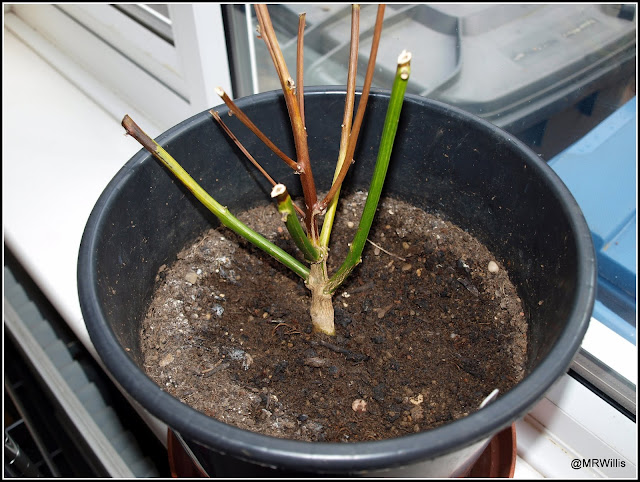 When the casualty mentioned above was removed, I transferred its irrigation device to the plant which had been in the garage, and moved it to join the others in our spare bedroom. 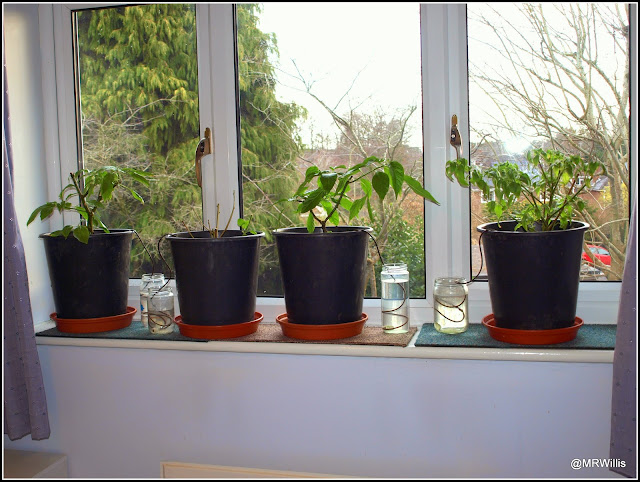 The newcomer is seen second from the Left in the photo above. A closer look reveals that it is definitely still alive, with a couple of new leaves on it. 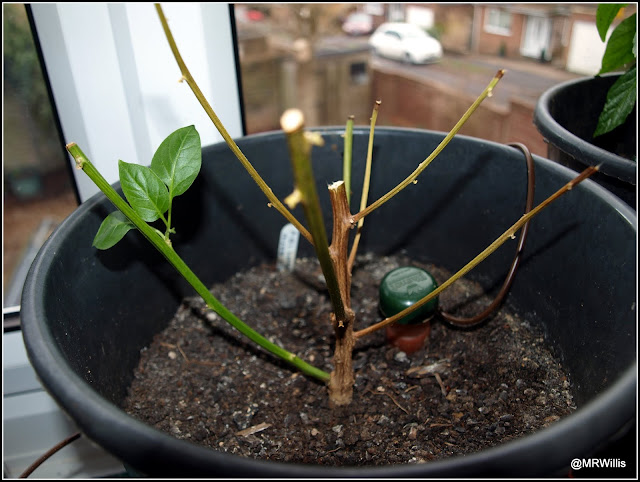 Hopefully it will pull through!

My feeling right now is "Why didn't I try these self-watering devices sooner?" The results so far are definitely very encouraging.
Posted by Mark Willis at 11:00