Do you have too many seeds?

Are you one of those gardeners who keeps seeds FOR EVER, or do you buy new ones each year? 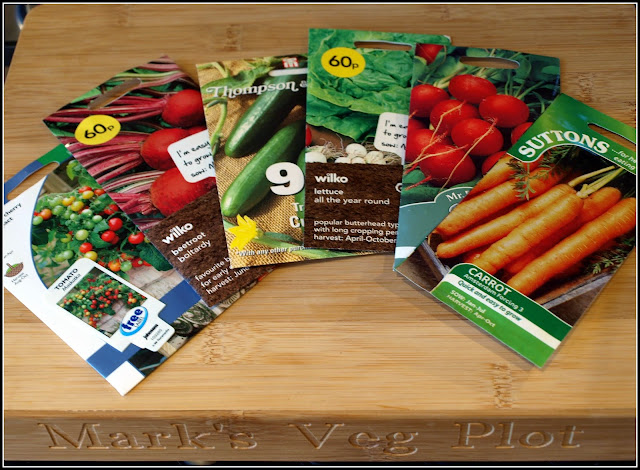 Seed-merchants want us to believe that seeds deteriorate very rapidly and won't germinate after their "Use By" dates. Many of us want to believe this too, because it gives us a justification for buying more seeds - especially the attractive new varieties that appear in the catalogues each year.

I have mixed feelings about this. I know from my own experience that many seeds will remain viable for years and years (there are a few obvious exceptions, such as Parsnips), and a thrifty gardener doesn't need to buy new seeds every year - as long as they want to grow the same crops again. But where's the joy in that, I ask? Even allowing for some dreams of self-sufficiency, most amateur (vegetable-)gardeners want to grow interesting stuff, not just to feed the family. Even if you grow carrots every year, isn't it nice to try some different varieties once in a while? I have quite a few favourites (not just carrots) that I come back to again and again, but I'm still tempted by the new ones, even if I just try them once and dismiss them. Sometimes a new variety looks nice in the catalogue (and they are always described as high-yielding, disease-free and easy to grow!), but turns out to be a disappointment. Maybe it just didn't like the soil conditions or the micro-climate in your garden, and you should try another different variety next year?

I like to think that I'm fairly disciplined when it comes to buying seeds. I don't generally do impulse buys. I have a good think about what I want, and buy that. I do a lot of comparisons though, even of the same varieties, because different seed-merchants offer the same varieties at different prices and in different quantities. The number of seeds in a packet varies a lot. For instance, when you buy a packet of Misticanza from Seeds of Italy you may get as many as 9600 seeds! 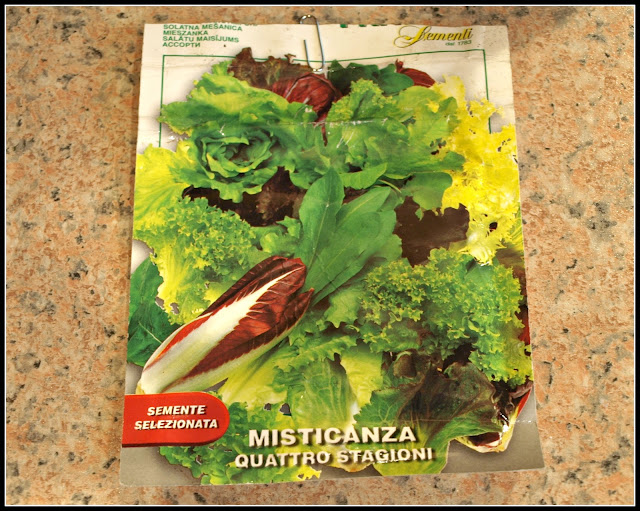 But who is really going to grow that many? It might be better to offer just 50 or 100 seeds. Actually I think the seeds themselves are often the least costly element in the product. The packaging, shipping, marketing and other overheads probably add up to a lot more, and those costs are basically the same whether you give your customer 10 seeds or 1000 seeds.

If I have packet with "too many" seeds in it, I may be tempted to make them last longer than is ideal, and not buy fresh ones, so it probably makes more sense for the seed-merchant to give the customer fewer seeds for their money. But there's a happy medium. Recently I have bought some seeds from the company called Moreveg, and many of their packets of seed are priced at 50p or 75p, as opposed to the £2.99 or £3.50 from the Big Name companies. 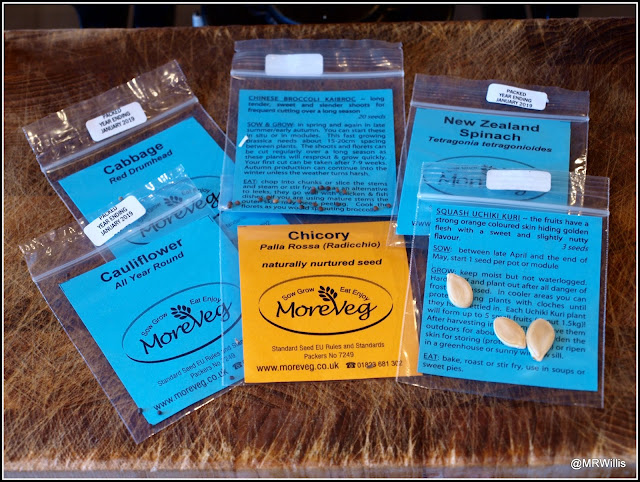 This is OK - in fact highly attractive - as long as you know what you are buying, because most of their packets contain 20 seeds or less, and some gardeners might want more than that. I bought one variety of squash (Uchiki Kuri) which only had 3 seeds in the pack. I'm happy with this though, since I'll probably only grow one plant of that particular variety. After all, I could always buy several packs if I want more - and still spend less than if I bought from someone like (for example) Marshalls, Dobies, Suttons or Mr.Fothergills. Don't lets forget, the supermarkets like Aldi and Lidl, and general stores like Wilkinson's also offer some very modestly-priced seeds. I've tried a few and they are fine. 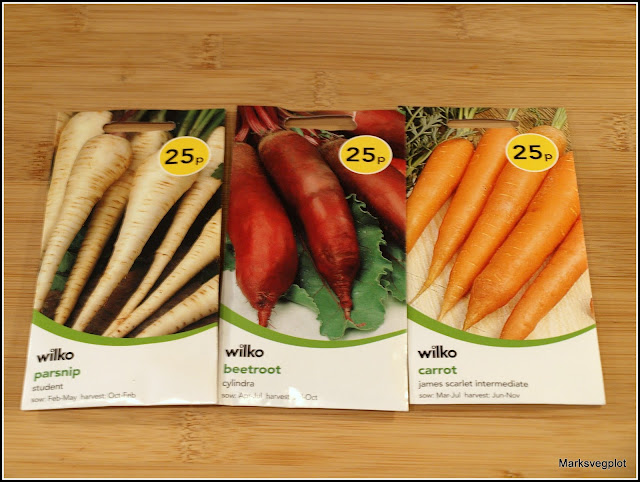 What's your opinion of swapping seeds with other gardeners or sharing purchases? Sharing is certainly a way to save a bit of money, and makes a lot of sense if your vegetables are grown on an allotment site where it is relatively easy to share seeds around with other people. I quite often swap some seeds by mail with other gardeners I correspond with on the social media. Usually these swaps relate to something a bit unusual or hard to source, rather than "bog-standard" stuff. I have over the years swapped seeds with friends in several different countries, who often have access to different commercial suppliers and different varieties to those available in the UK. Actually the most attractive swaps concern home-saved seeds, particularly the genuine "heritage" varieties that have been grown by the same person or family for long periods of time. Once you start writing a blog you soon make connections which lead to this sort of thing!


Anyway, returning to the original theme... Do you have too many seeds? This depends of course on how you define "too many". Is it too many for this year? Is it too many to grow in the space you have available, or what? This is how many seeds I have: 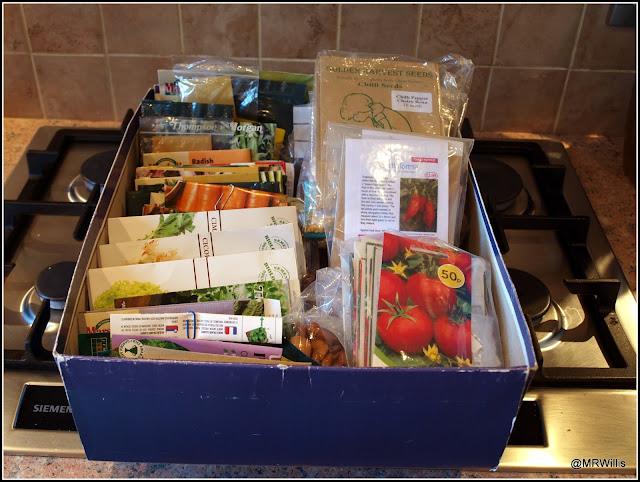 I think that if I didn't buy or trade any seeds at all for the next 3 years, I'd probably still have enough to put on a pretty good show. That'll do for me!