Last October, when I first visited my new plot at Courtmoor Avenue, the garden was full of over-mature vegetables, rapidly rotting in the Autumn rain. If this had been any other garden I would have put those veggies straight onto the compost heap. However, I was aware that the owners of the plot had been cultivating that garden for many years (decades) and had been in the habit of saving their own seeds year-on-year, so I decided that I would do what I could to keep that tradition going.

Amongst the neglected veggies were a couple of rows of shallots, most of which were soft and unuseable. Nevertheless I selected a few of the most promising ones and put them on a wire rack in my garage to dry, with a view to planting them this Spring. Some of them went soft before they were dry so they had to be discarded, but enough are left to enable me to have a go at maintaining the succession. 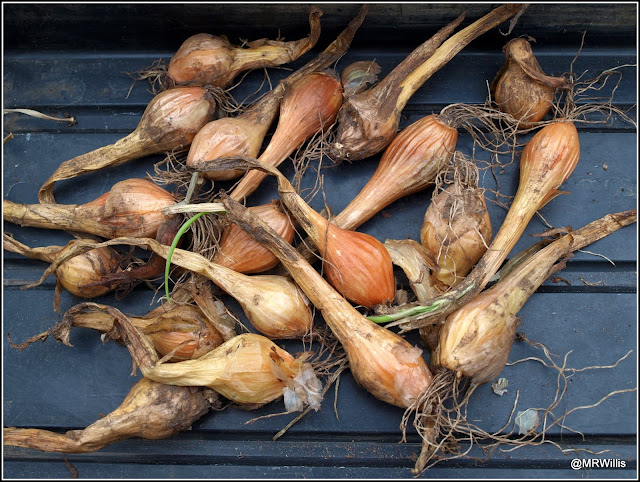 A few of the shallots are starting to sprout, so they are definitely alive. It's a bit too early to plant shallots outside still, (I'd normally recommend leaving it until late March), but I knew these ones needed to "get their feet in some soil" soon, so I decided to put them in some compost-filled modules and start them off indoors.

I discarded some that seemed soft, but I was still left with a decent number of fairly good ones. I planted up three trays of 15, so 45 in total. 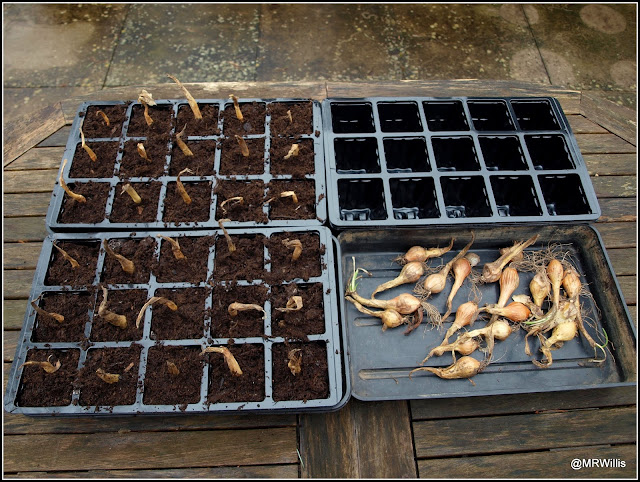 I don't expect them all to grow. I would be happy with 15, to be honest. 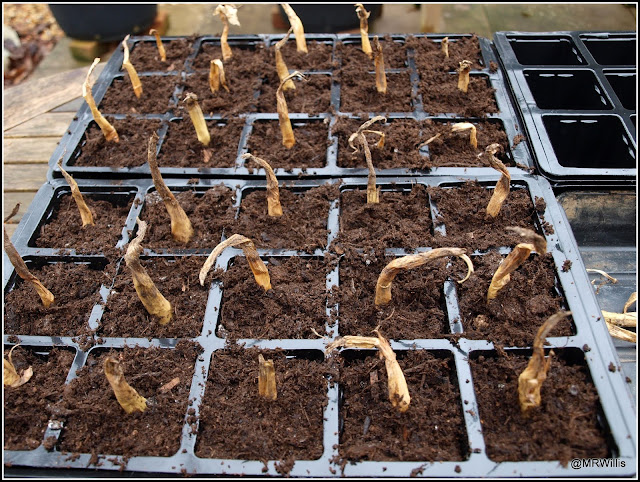 This is the "approved" way to plant shallots - deep enough to cover their shoulders, but with the top of the stems well above soil level: 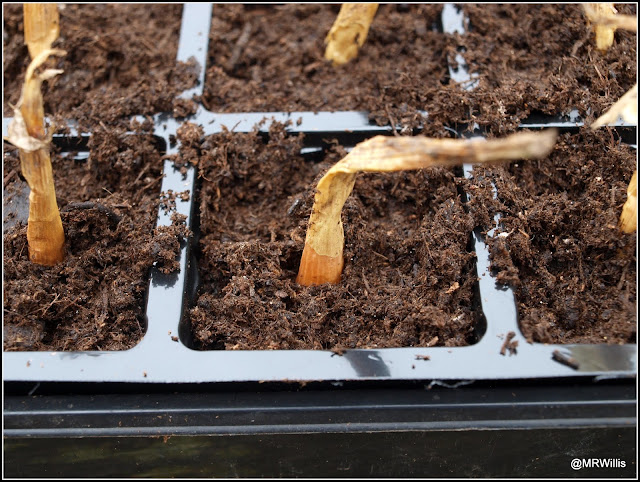 After planting the shallots, I watered them in, and put the trays on my potting bench in the garage, which gets a reasonable amount of light. Here they will be protected from frost, and will hopefully spring into life before very long. When I see this happening I will move the trays out to one of my coldframes, where the shallots will start to acclimatise gradually to outdoor conditions. If shallots are planted out without protection while the weather is still very cold they are prone to bolting.

In a few weeks time I'll be planting some potatoes rescued in similar fashion, and then later on some French and Runner Beans. I wouldn't be surprised to see some other things appear spontaneously too. It's often more difficult than you might think to completely eradicate a plant!
Posted by Mark Willis at 10:30