This week we made another visit to West Green House, near Hartley Wintney. It's only 20 minutes' drive from our house, so we really should go more often, but we hadn't been since this time last year. At this time of year the gardens are absolutely teeming with flowers of all descriptions, so my camera was busy!

This is my favourite spot in the gardens, by a fair margin! 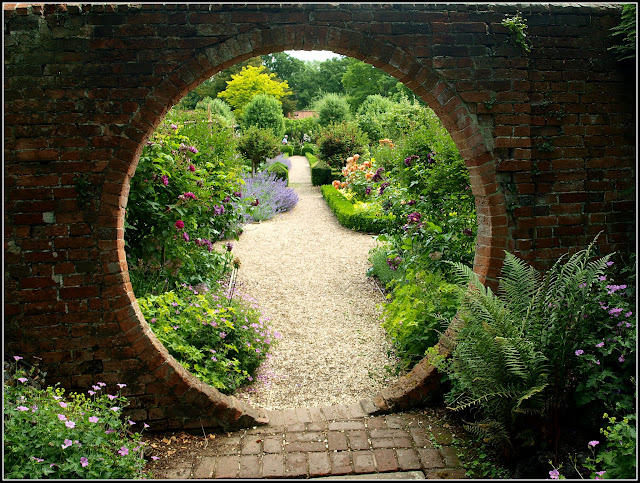 If you stand with your back to the archway pictured above, you see this: 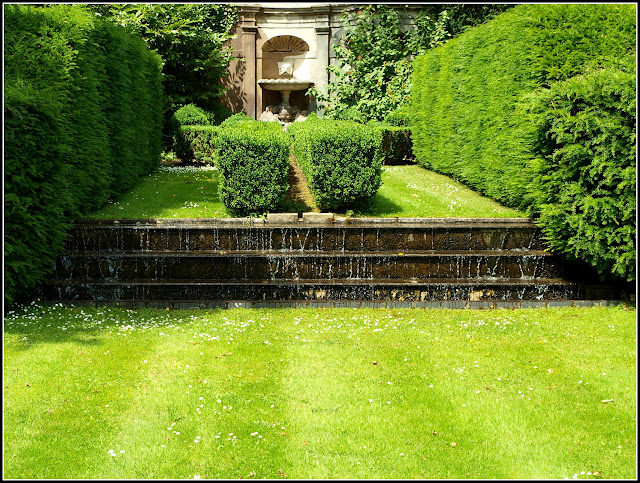 A stream enters the garden at the ornamental "shrine" at the top of the slope, and is then led over the stepped waterfall, before being channelled along both sides of a path made of lovely old bricks with an inset granite millstone. 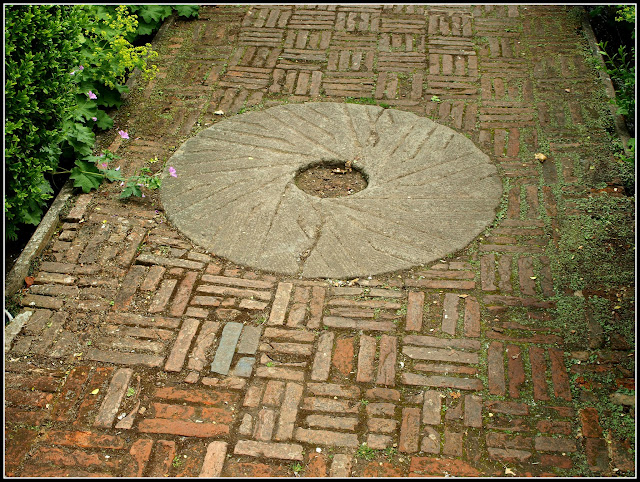 The two slender rivulets converge once more and disappear underground at the foot of the circular archway. 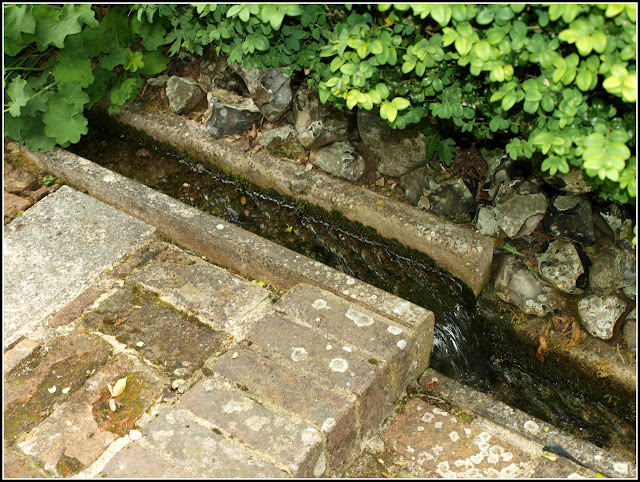 Visitors are not allowed inside the house, of which you can only get glimpses: 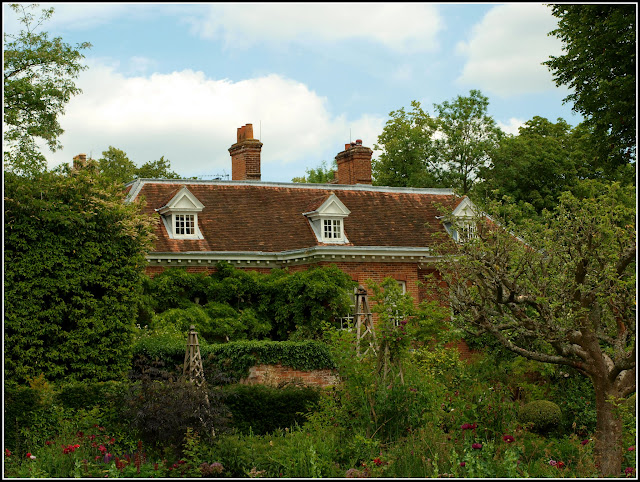 What you can see demonstrates that the house is a substantial one, constructed mainly of the beautiful mellow brickwork which is so common in our area (Hampshire). 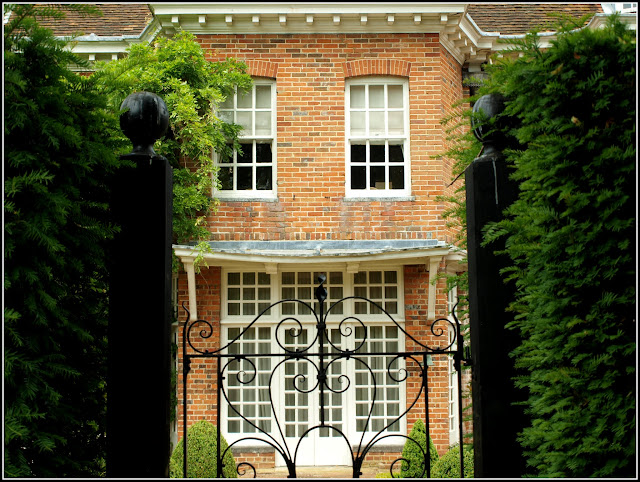 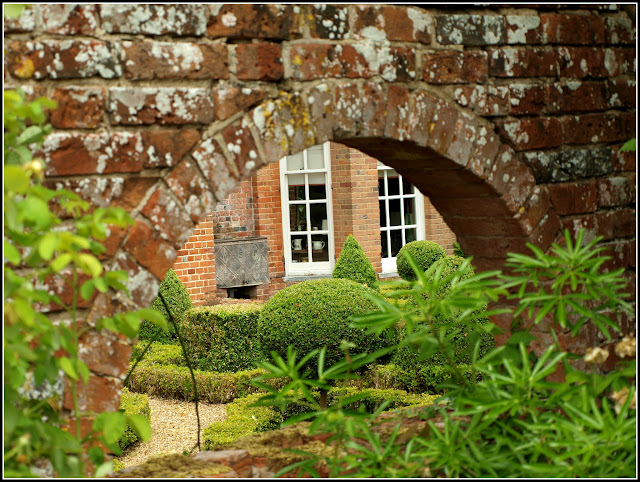 The gardens are a mix of many different styles, some of them formal, like this "Knot garden" sub-divided by a multitude of neatly clipped Box hedges. 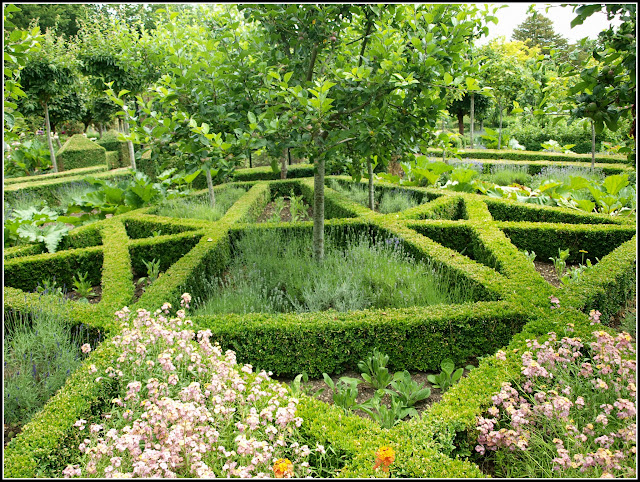 This very geometrical courtyard is just by the tearoom, where we had a very nice Ploughman's Lunch - which included not only bread and cheese but also a mini pork pie, some salami, salad, pickles and chutney, served on a wooden board lined with vine leaves! 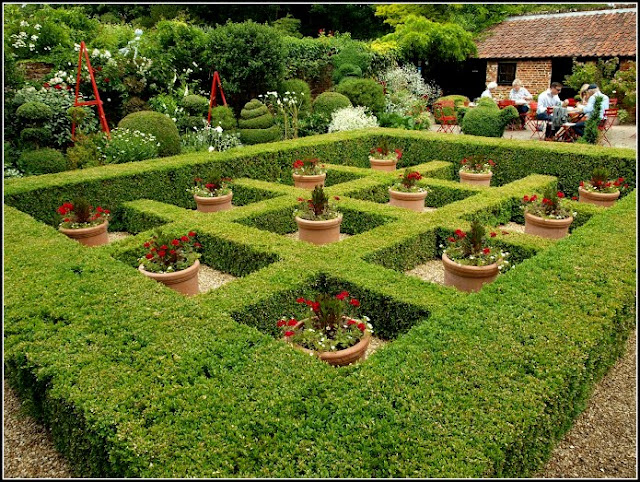 At the other end of the property they are establishing a Topiary garden with yet more Box, though I noticed that a lot of the bushes have already been attacked by the Box Blight disease and have big brown patches, which is such a shame when the staff have gone to a lot of trouble with clipping the bushes so nicely. (Notice the tall spiral one in the distance at far right.) 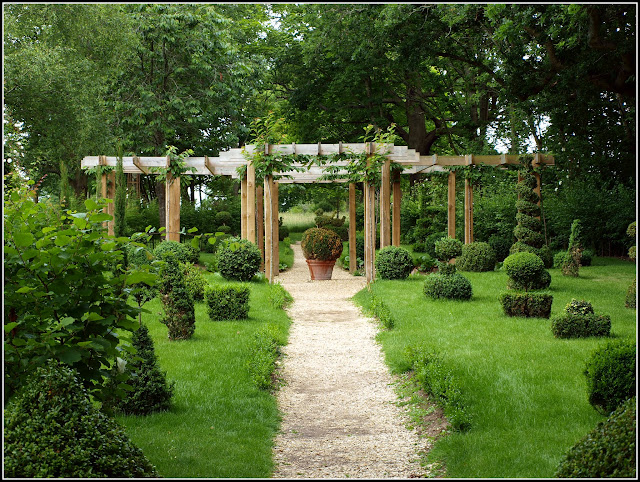 Whoever designed the garden evidently like the long views. So do I. This path is lined with Catnip - feline heaven, surely? 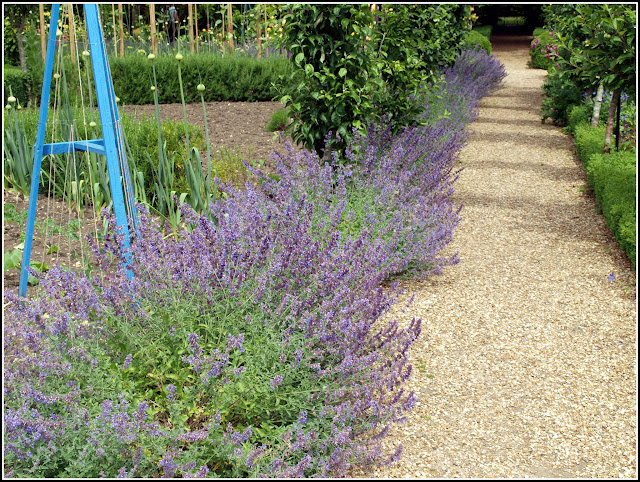 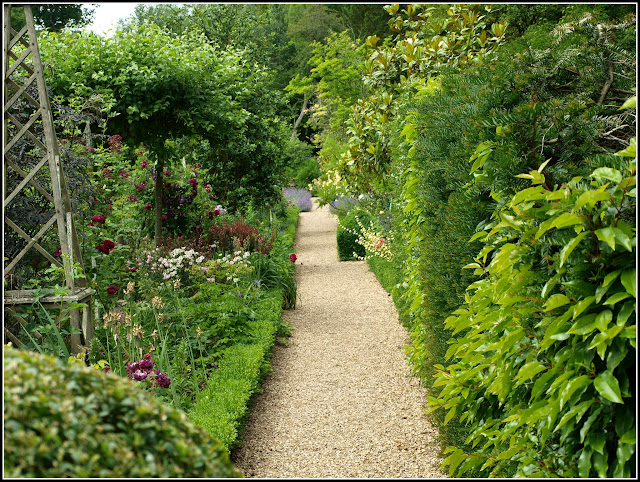 In the central walled garden, which in times gone by would have been the kitchen garden providing fruit and veg for the house, the beds are planted-up Potager-style, with flowers and vegetables mixed in together, and the veg are clearly chosen at least partly for their ornamental qualities. 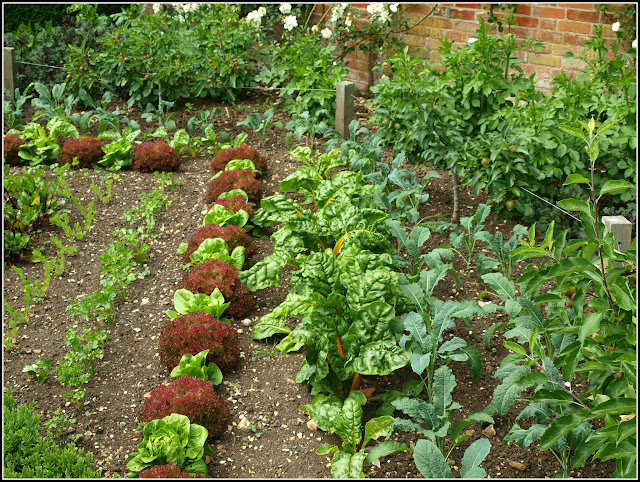 In he centre of the walled garden, with paths radiating out from it, stands a big hexagonal fruit cage, full of luscious fruit - strawberries, raspberries, gooseberries and currants. Even though this next photo is taken through the wire, you can still see how much gorgeous fruit there is on this standard-trained Redcurrant bush: 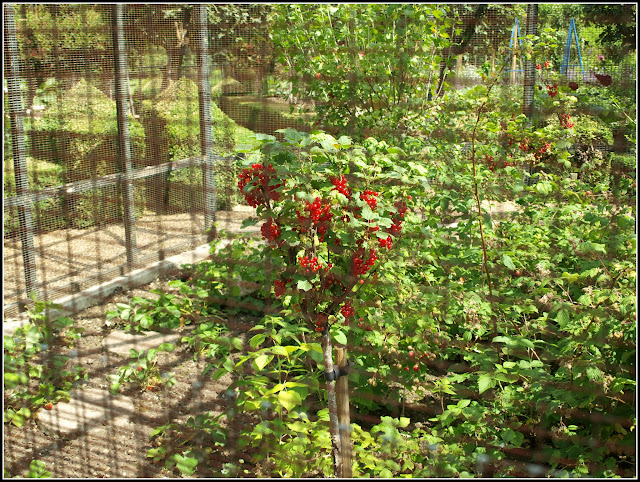 Elsewhere, there are plenty of informal areas, many of them full of wild flowers. We noticed several patches of grass like this one, left unmown. Closer inspection reveals the reason - the grass is full of little orchids. 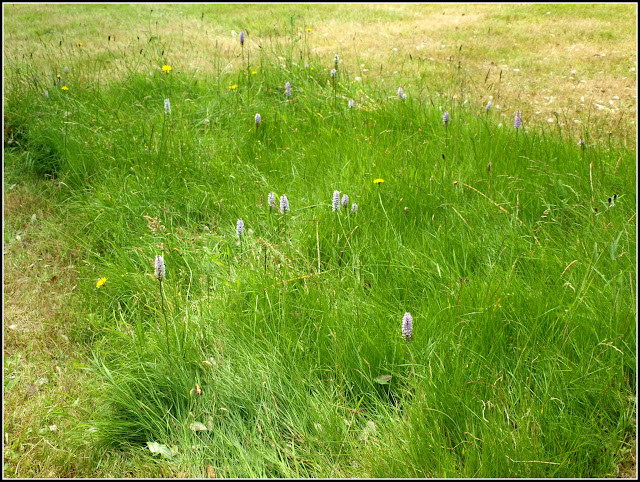 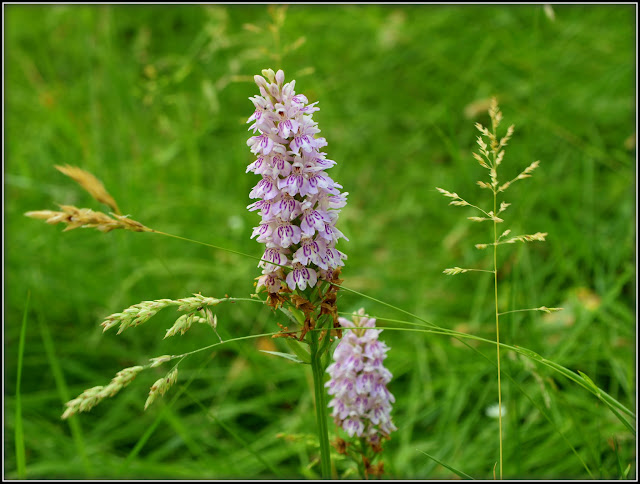 This post is already pretty long, so I think I'll finish here, but I will do another one to show off some of the flowers.
Posted by Mark Willis at 12:00