Although we are definitely not vegetarians, we normally try to have at least one main meal a week that does not involve meat. This is my Meatless Meal Day offering for this week: 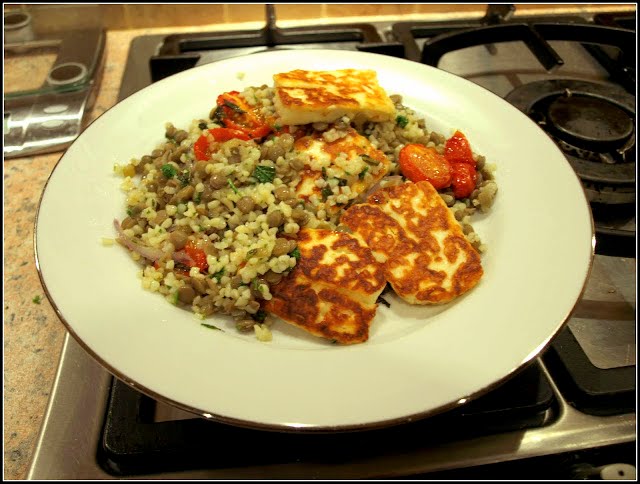 For some reason I just fancied making something with lentils. Perhaps it was because I had been browsing through our copy of Sabrina Ghayour's book "Persiana". There is a recipe on page 157 for a salad dish using lentils and quinoa. We don't have any quinoa, and we don't really like it anyway, so I decided that my dish would have bulgur in it instead. By the way, I am not intending to recreate the recipe in Persiana, but simply something inspired by it.

So, the first task was to soak some lentils (about 60g per person seemed about right). 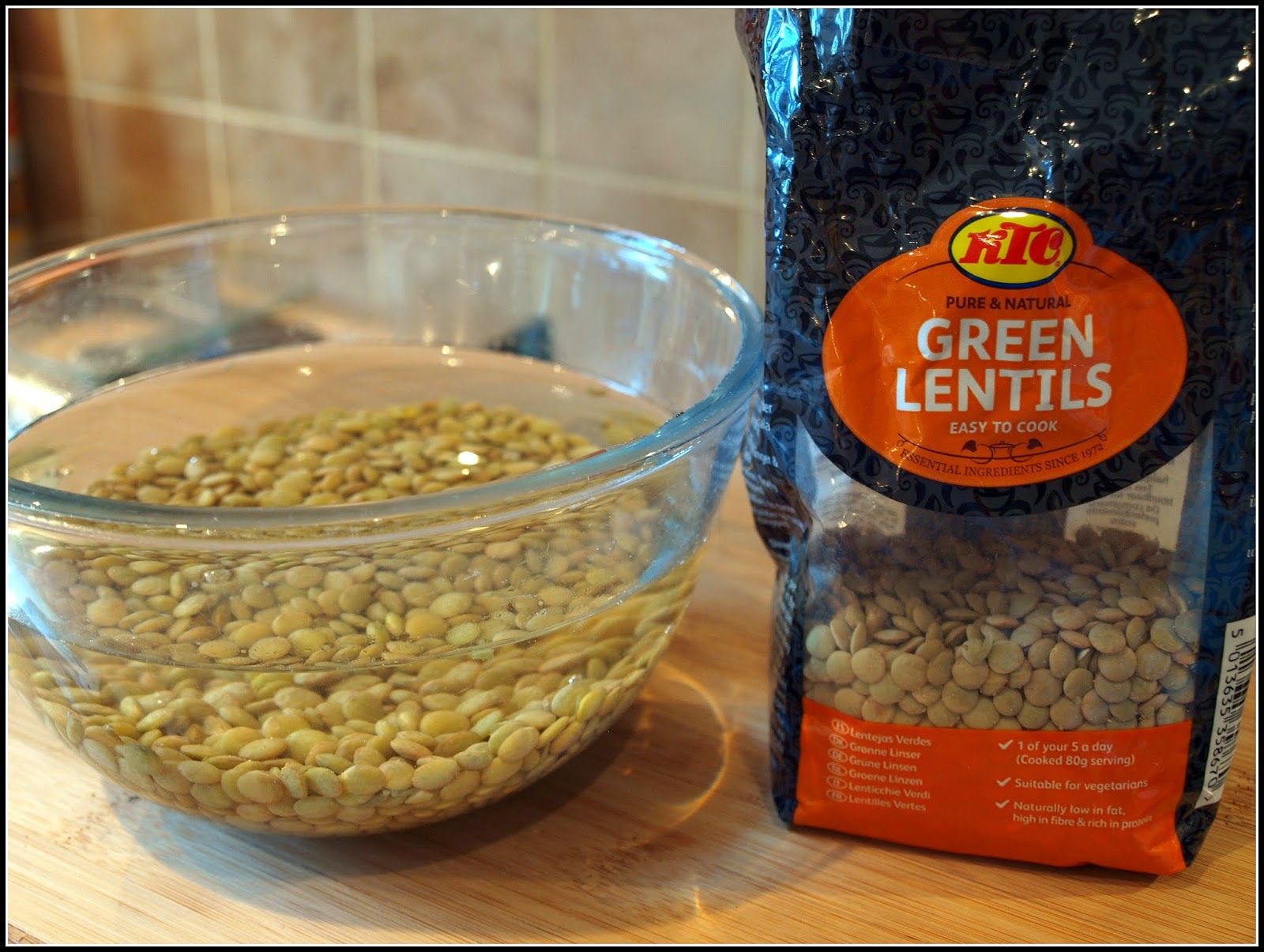 When it was getting towards dinner-time I simmered the lentils until cooked but still reasonably firm and then drained them. I made the bulgur according to the instructions on the pack - allowing 60g per person, you put it into a saucepan with 600ml of cold water, bring it to the boil, cover the pan and simmer for 15 minutes or until all the water has been absorbed. Towards the end of the cooking time I threw in a small quantity of finely-sliced red onion.

I roasted a tray of miniature plum tomatoes until soft but not too squishy. They were drizzled with olive oil and sprinkled with salt before cooking. In some ways, the tomatoes turned out to be the star of the show, because the roasting concentrated their flavour and brought out their sweetness. 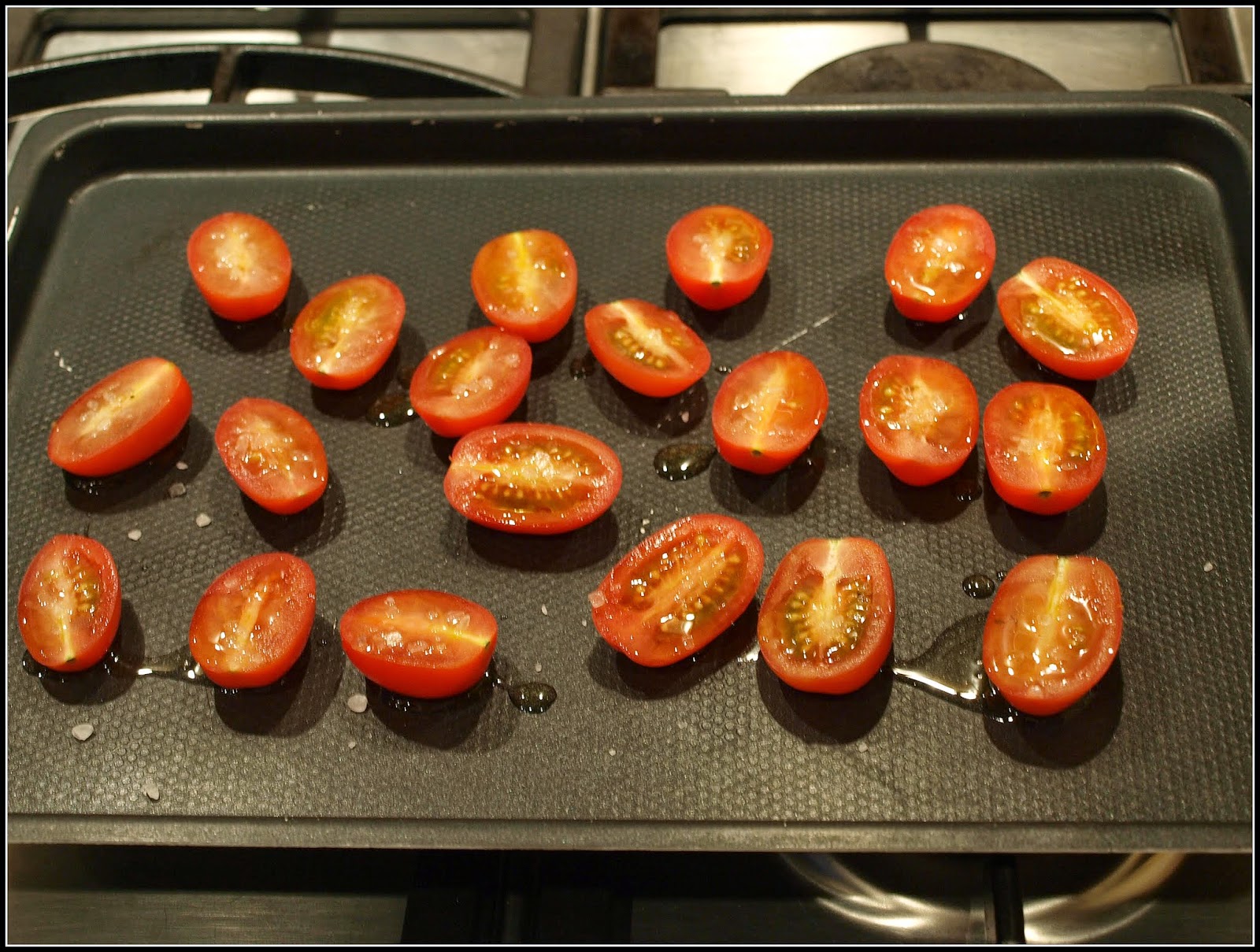 I took a decent-sized bunch of parsley (from the garden) and a few sprigs of mint (from the supermarket) and chopped them finely. 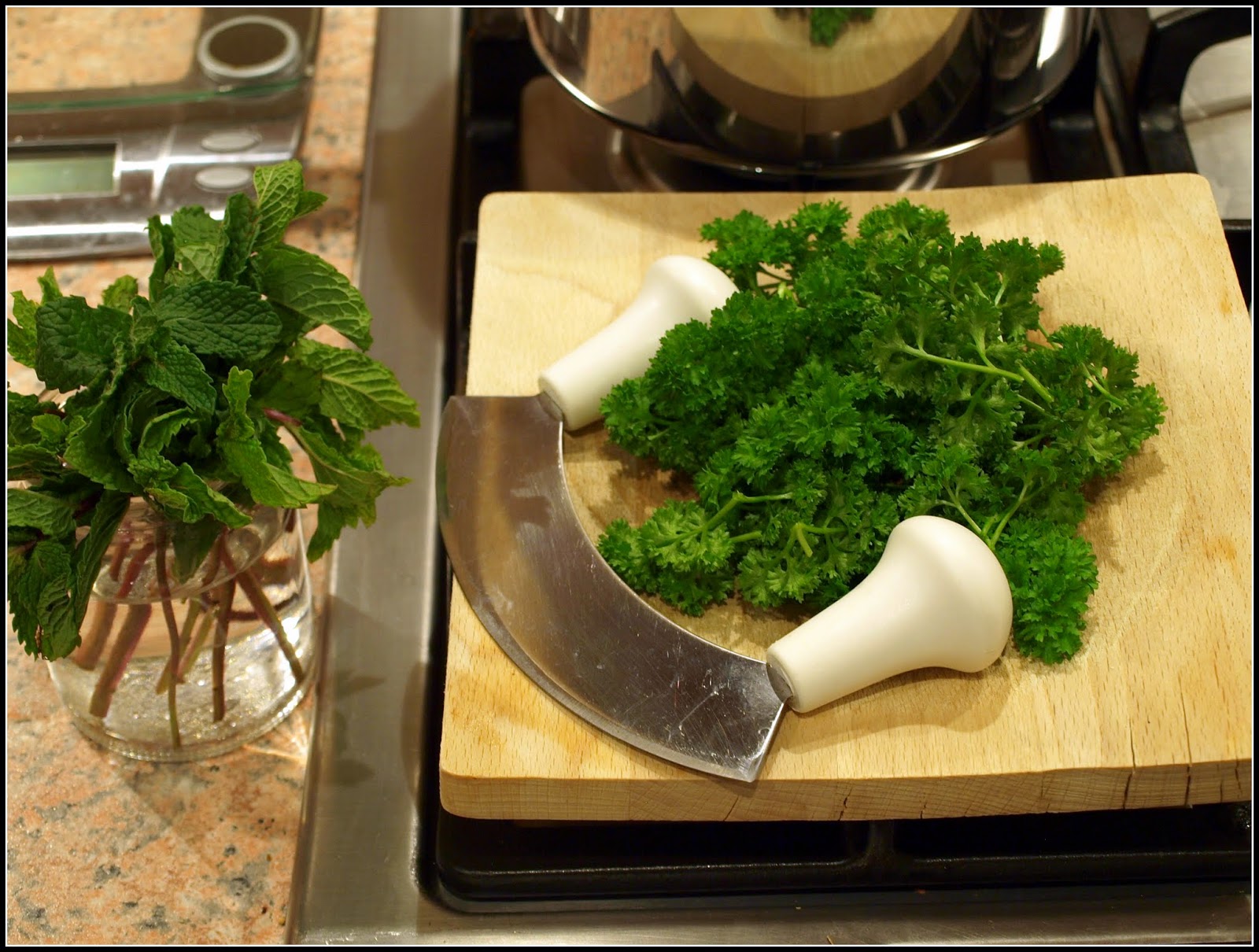 I also prepared  a salad containing Little Gem and Red Cos lettuces. Not home-grown I'm afraid. 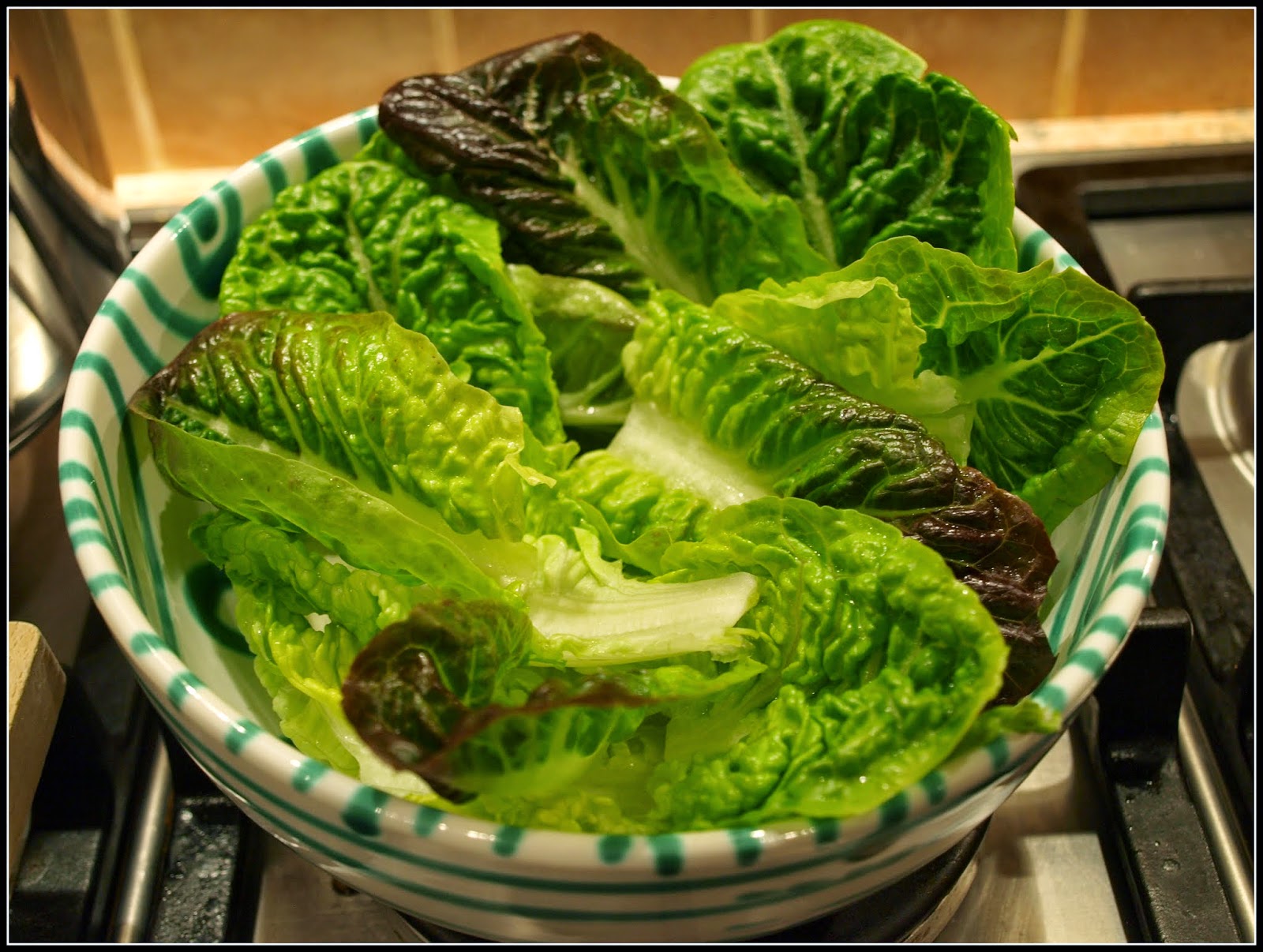 Meanwhile, I cut my Halloumi into thick slices and fried them until lightly golden, turning once or twice to avoid burning it. 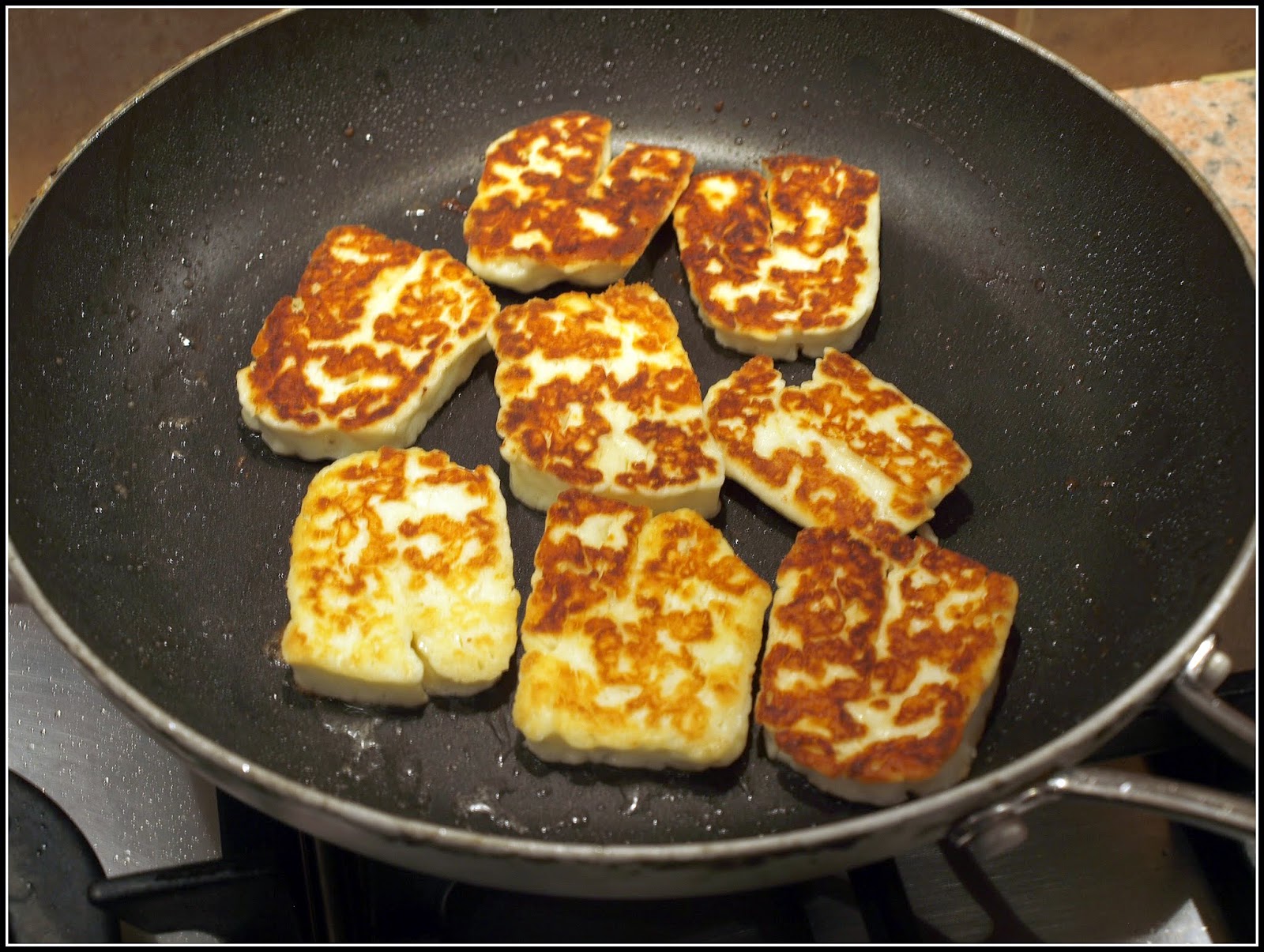 Finally, the dish was assembled, with all the ingredients still warm (except the herbs). I mixed lentils with bulgur, added the herbs and a little squeeze of lemon juice to freshen things up, and then decorated the dish with the tomatoes. The only thing that remained was to serve it up: 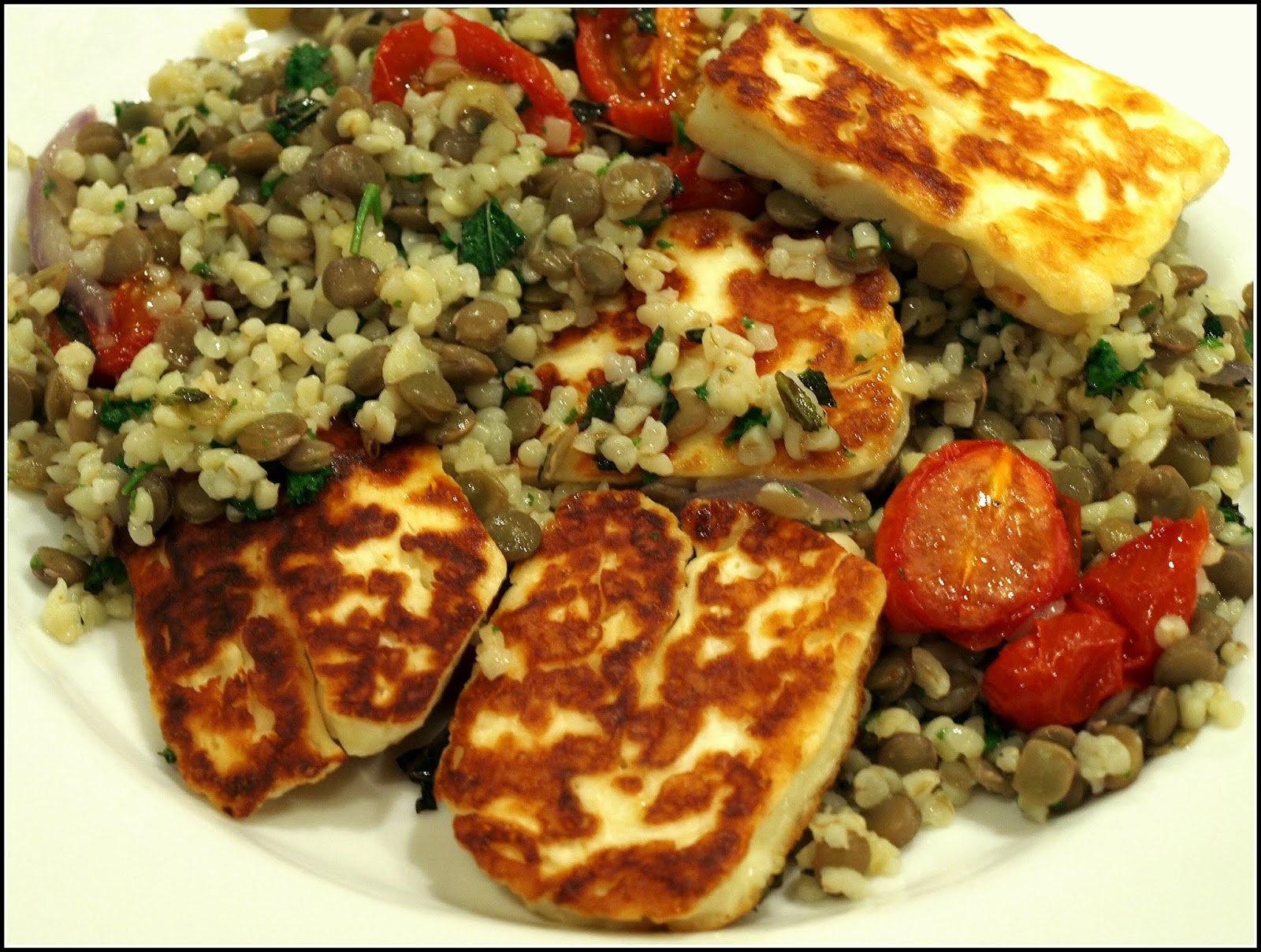 We loved this dish. The combination of flavours was exactly right. Sharp from the cheese; savoury from the bulgur and lentils; fresh from the herbs; and sweet from the tomatoes. Perfect!
Posted by Mark Willis at 12:00