Some of you may remember that one of my Christmas presents was a cheese-making kit. On New Year's Day I had my first try of it. The kit included equipment and recipes for both Mozzarella and Ricotta. I chose the Mozzarella. 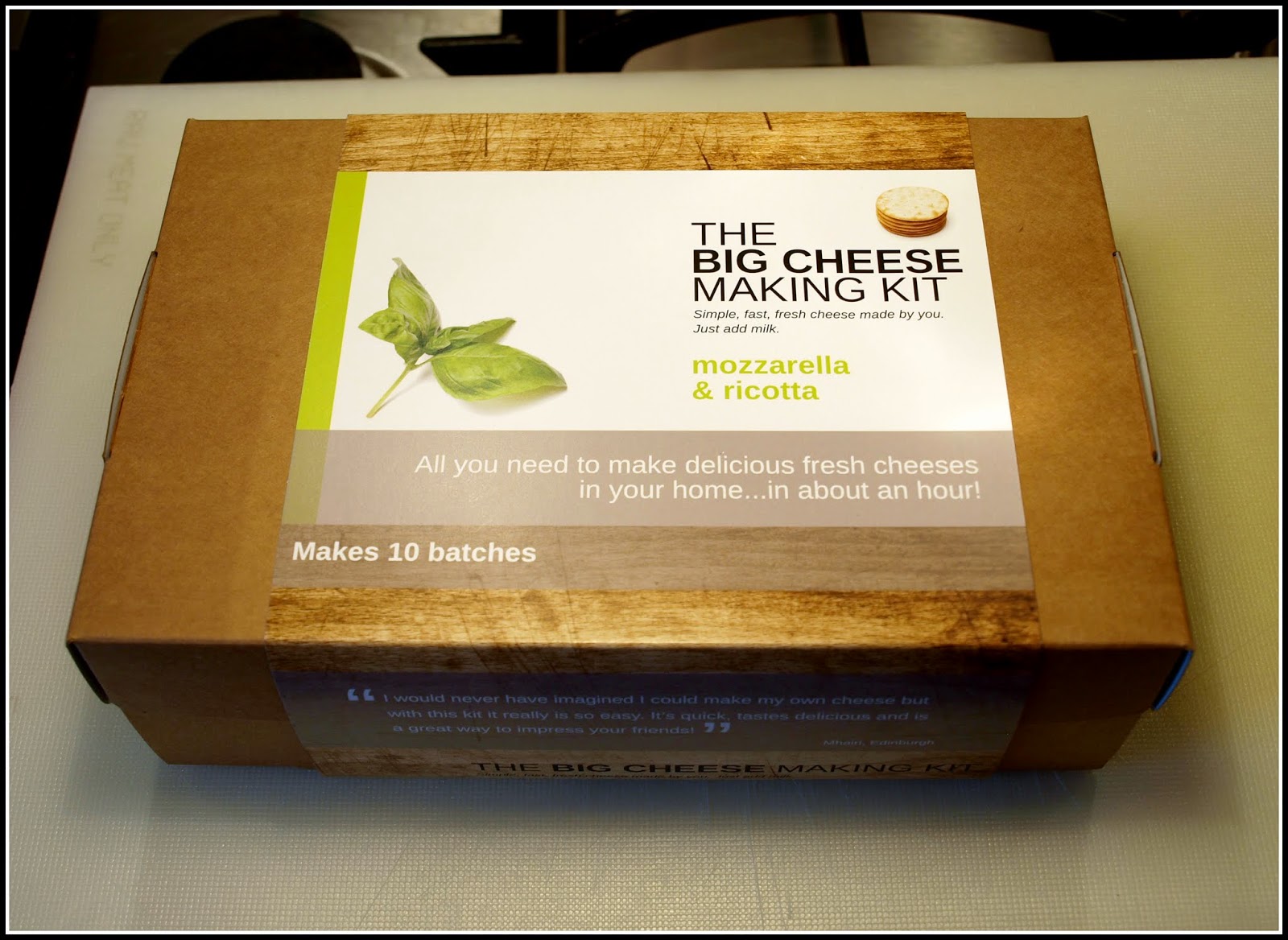 I followed the instructions very carefully. For a start, the recipe uses 8 pints of milk (which is about as much as we normally use in a fortnight!) so I had to lift out our biggest pan.

I duly heated up the milk, added the (non-animal) rennet and citric acid as directed and left the milk to separate into curds and whey. Note the thermometer, which allowed me to closely control the temperature. 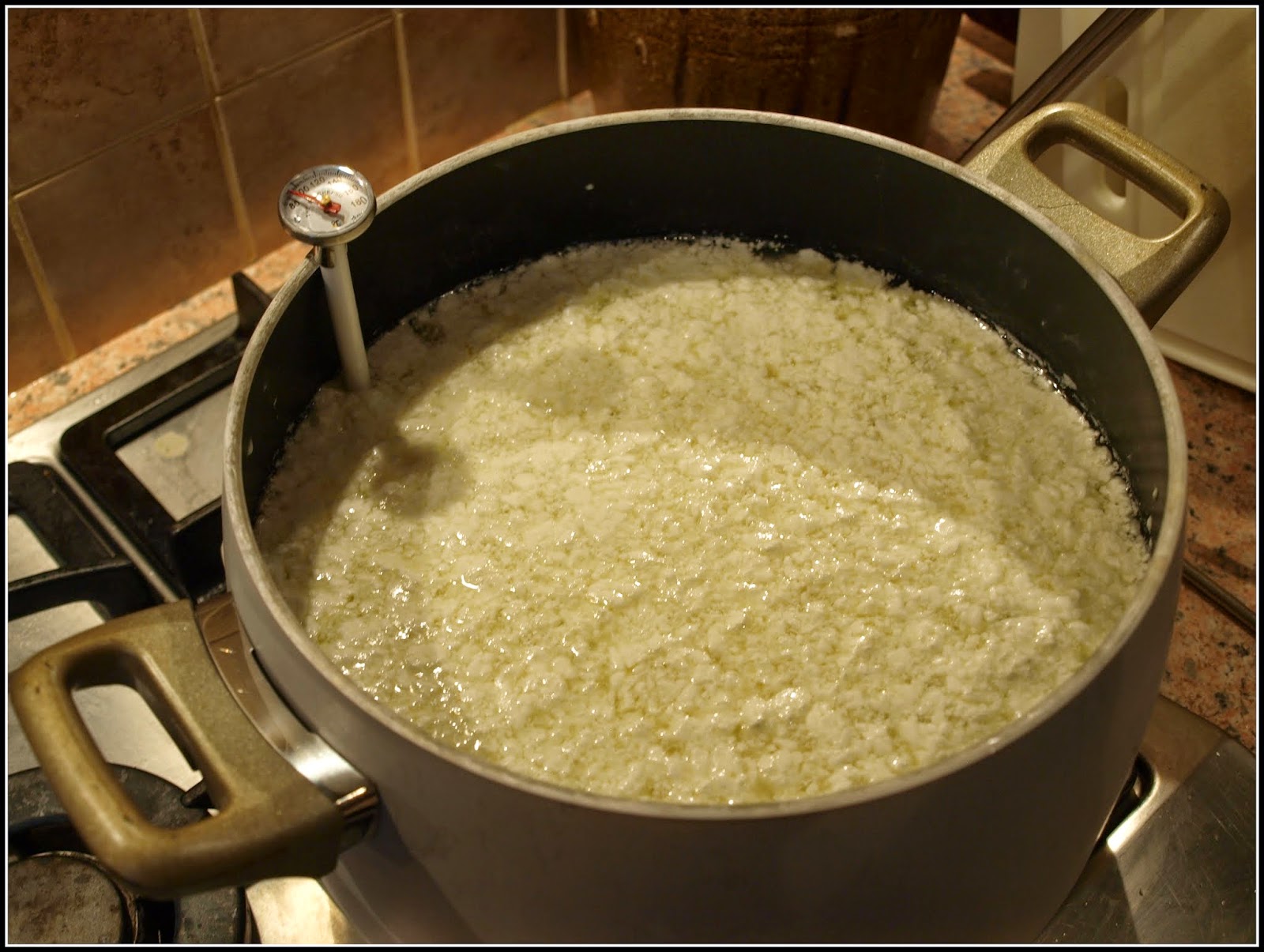 8 pints of milk produce a LOT of curds! 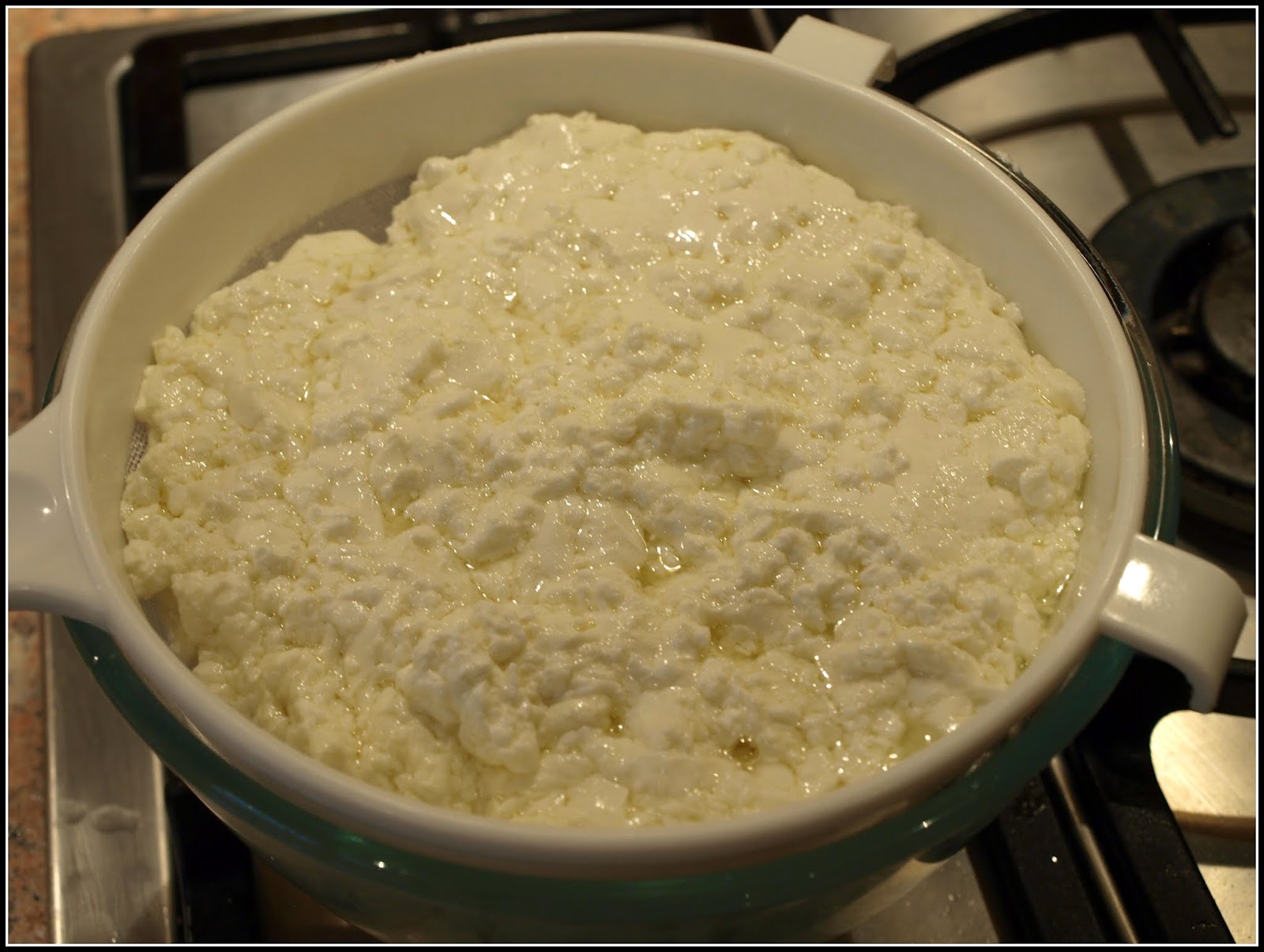 The whey is supposed to be a "thin greenish-yellow fluid".  I think this qualifies... 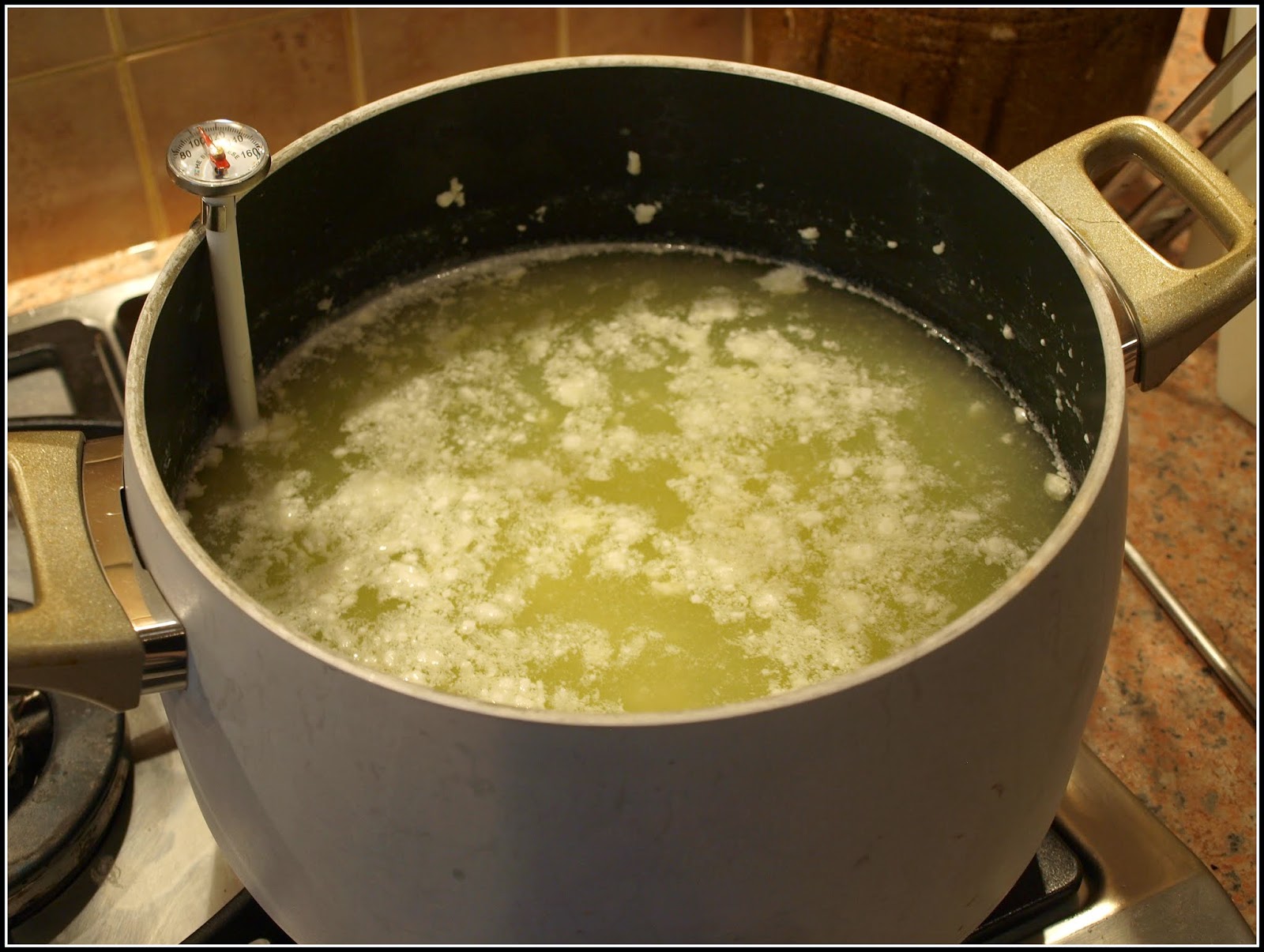 Now at this point the recipe tells you to heat the curds in a microwave oven for a minute. However we don't have a microwave oven, so I had to follow the "No Microwave" option - which in retrospect sounds very much like an afterthought! You form the curds into lumps and "dip" them in the hot whey (180F) for a minute using a ladle or sieve, after which you should be able to knead the curds like bread dough, until it becomes stretchy and elastic. It wasn't clear whether the ladleful of curds should be submerged or not.(I tried both ways).

This is where things began to go awry. Despite my best efforts I could not get the curds into a kneadable texture - and I'll tell you, I tried many different permutations. At one point I even tried floating some dollops of curd in the silicon "poach-pods" we use for poaching eggs! I won't bore you with any more details; let's just say that none of my efforts paid off.

So, I ended up with these: 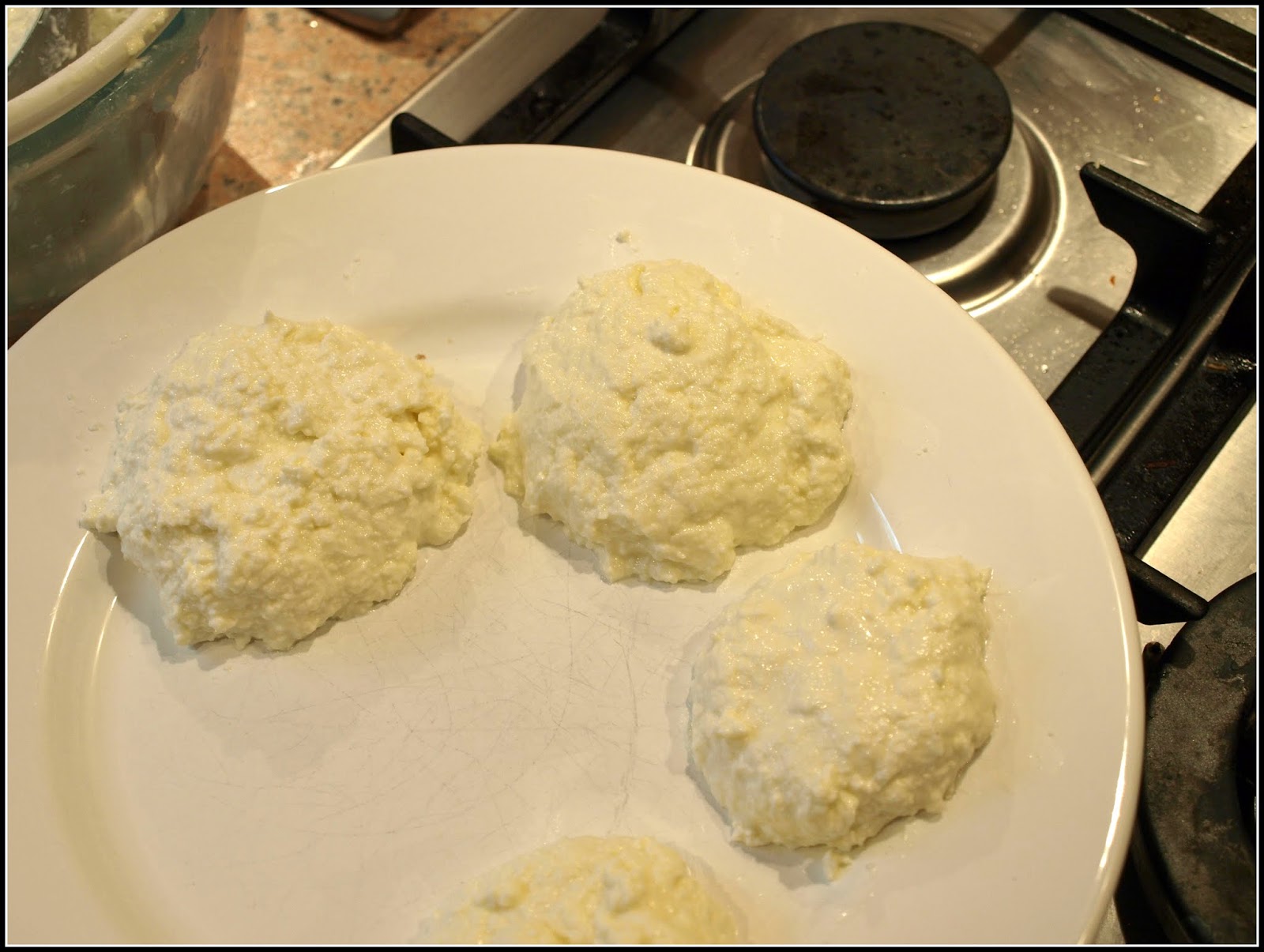 Yes, that's right - several dollops of Cottage Cheese! For the sake of preserving a small shred of  honour, I formed the cheese into rough balls, so that (from a distance) they might possibly be said (by a half-blind person) to resemble Mozzarella. 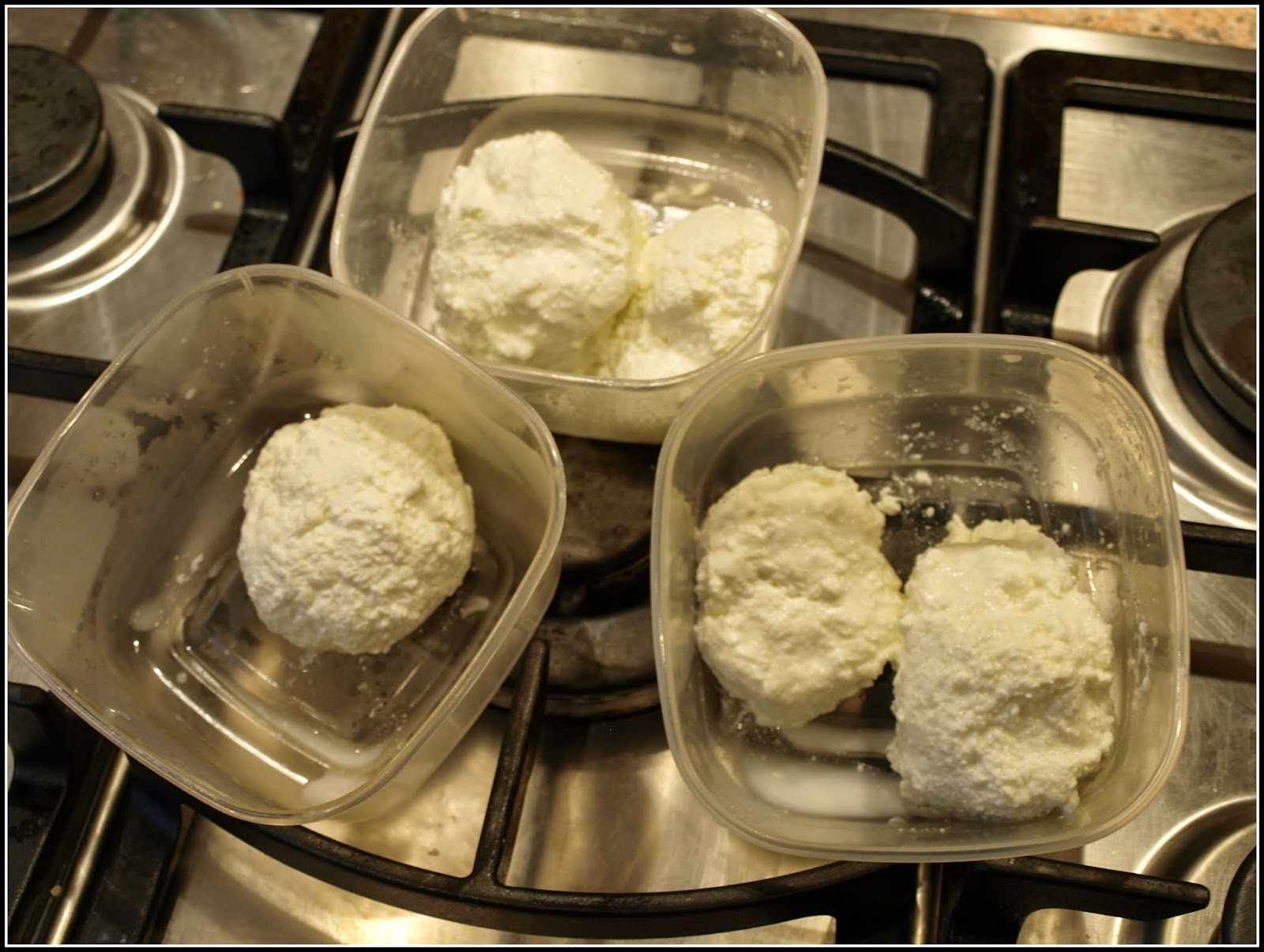 The texture is all wrong though. The cheese remained stubbornly crumbly and grainy. Not a hint of glossiness or elasticity. This is the best one, but it's still not good. 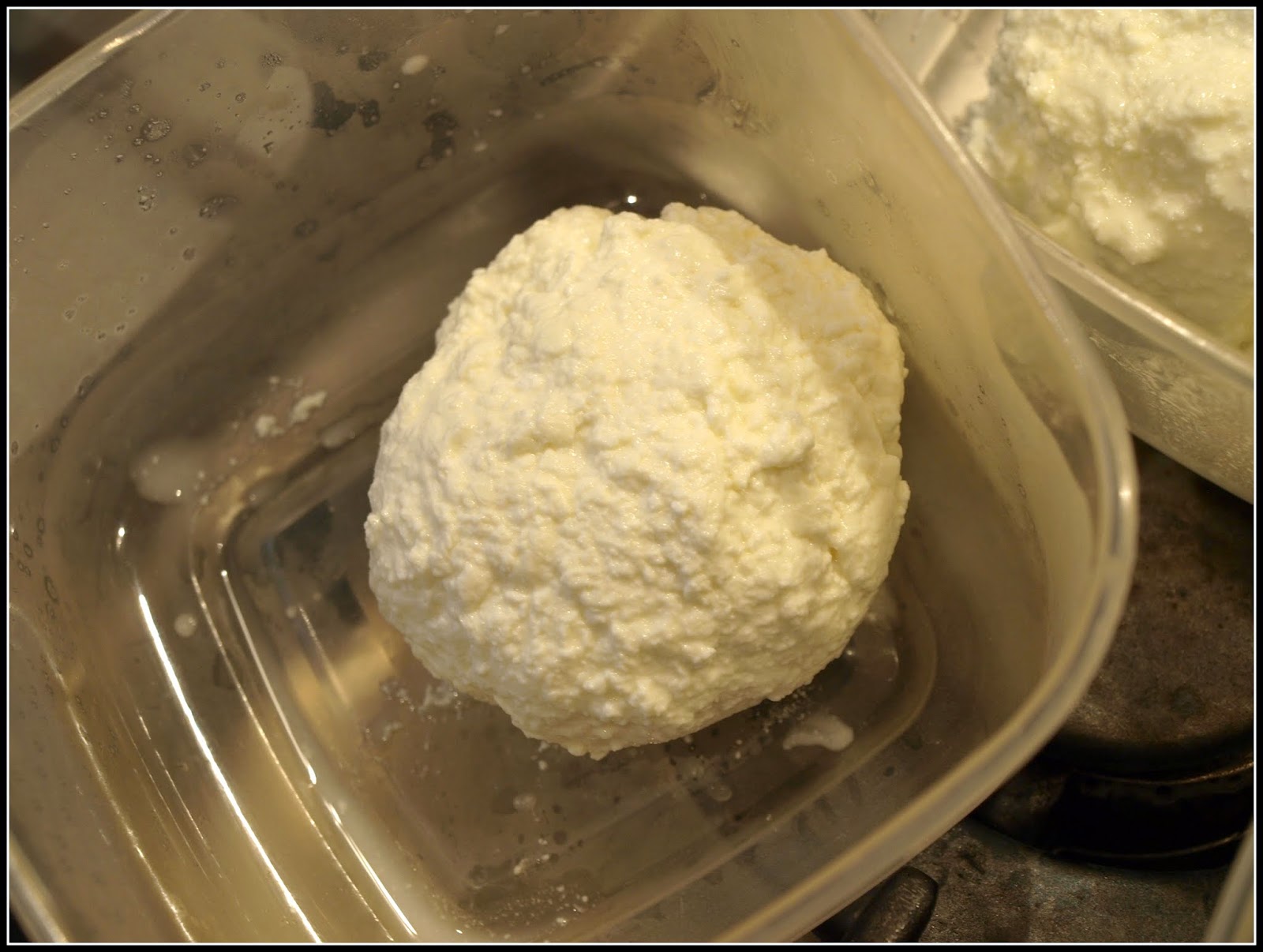 I  have been racking my brains to try to understand where I went wrong, but I haven't figured it out yet, though in retrospect I have to say that there are a few clues in the recipe which make me think that perhaps making Mozzarella is a tad more tricky than they would have you believe. For example "...if it hasn't got hot enough in the liquid to be really stretchy, just eat it as it is!" and "If the Mozzarella doesn't taste exactly like the Mozzarella you're used to, call it something else and eat it anyway!"

I have to say I'm disappointed. I'm not averse to Cottage Cheese (though not in huge quantities), but I wanted Mozzarella! We had even bought avocadoes and tomatoes with which to make Insalata Tricolore... Oh well, you can't win 'em all.

Here's one of the ways in which I've used the cheese - with salt, pepper and chopped fresh Basil and a drizzle of EVOO: 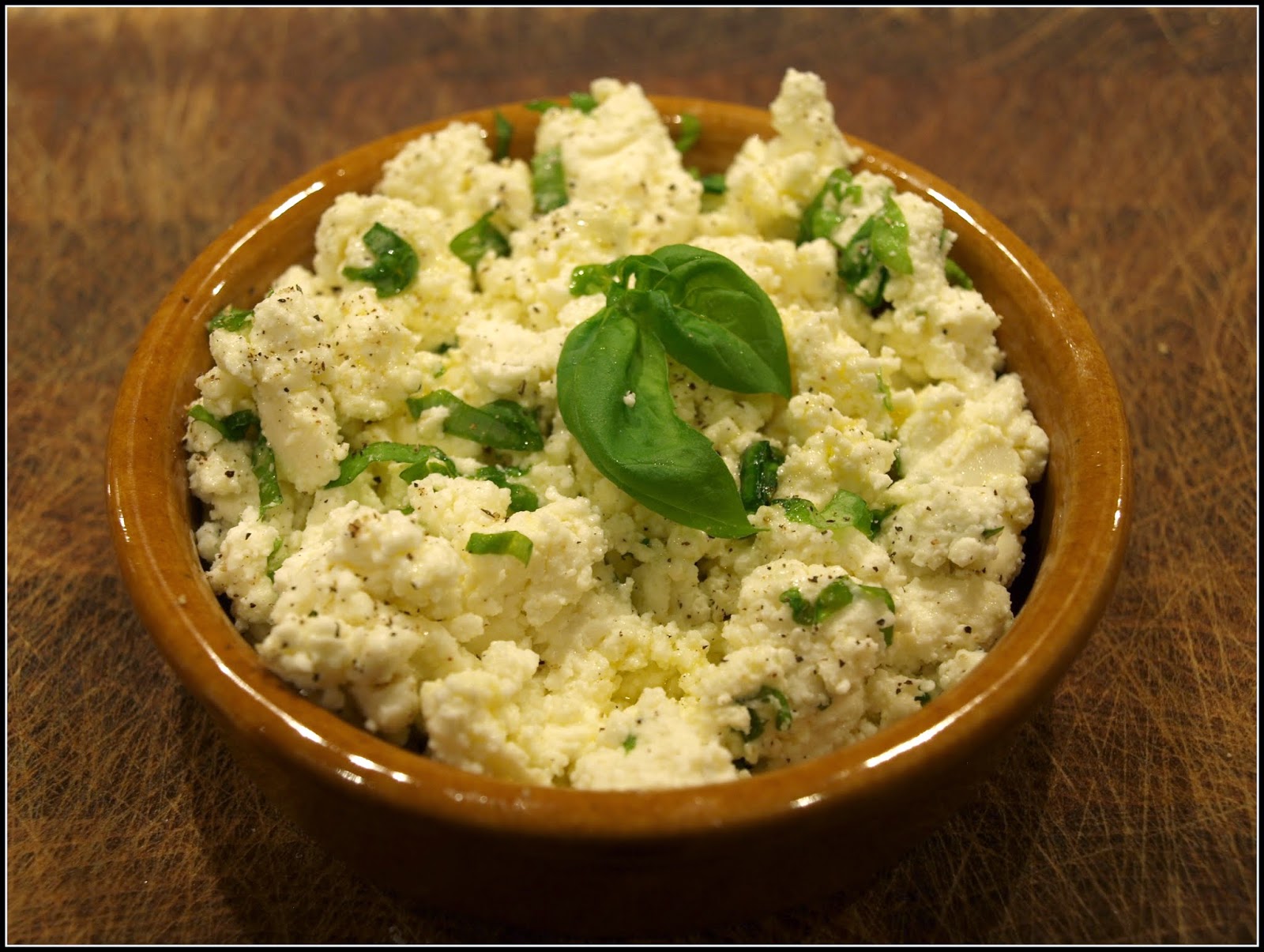