Well Hooray! The first batch of Broad Beans ("Aquadulce") has finally germinated, after 6 weeks in the ground. 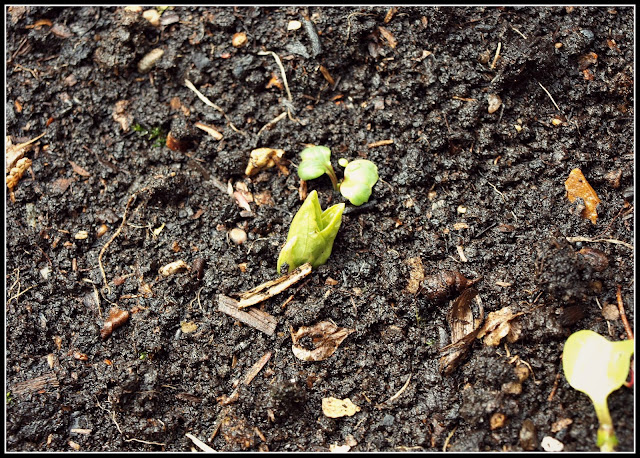 Some of the Radishes which I sowed at the same time germinated a couple of weeks ago, but because of the incredibly cold conditions they have hardly grown at all.

I had said to myself that I would sow my second row of Broad Beans only when the first one had germinated, so that I could extend the harvesting period, and now I have sowed it. I have put in 14 "Witkiem Manita" beans. 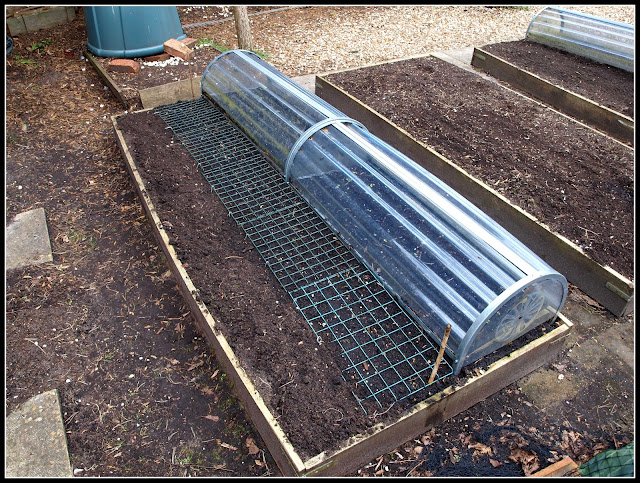 The first row is under the cloches, and the second one is under the wire grilles - placed there to deter birds/foxes/badgers/cats etc from digging them up.  There will eventually be a third row of beans too. They will be "Bunyard's Exhibition".

Just to be on the safe side I have also sowed some more beans in 5-inch pots, in the garage. This is by way of an "insurance policy" in case the outdoor ones don't germinate, or get damaged by something. This is the way I work: I seldom do just one sowing of anything. I like to have something in reserve, "just in case..." 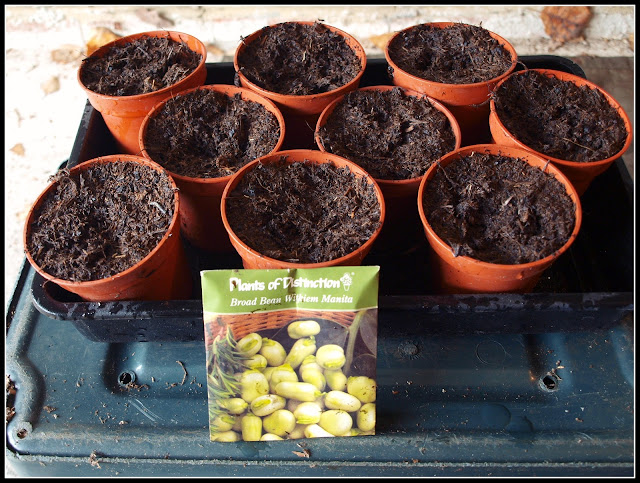 I feel better now that I have got some seeds under way! However, most of the plot is still bare:- 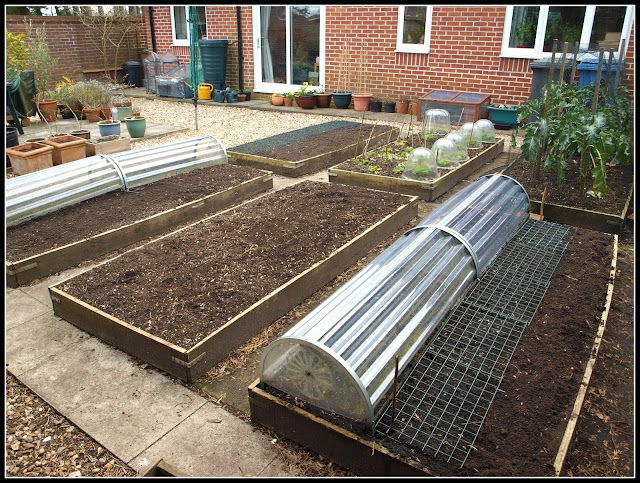 Front:  left-hand bed has only Shallots in it (under cloches); middle bed is the Asparagus (nothing showing yet); right-hand bed is the one with the Broad Beans in it.

Rear:  left bed is empty (will eventually have Beetroot, Parsnips and Turnips); middle bed has the remains of the Endives, and some Parsley under bell-cloches; right bed has the PSB in it.