Bursting out all over

Well, Spring has definitely sprung now. We have what is normally described as April weather - sunny periods and showers, and at last the temperatures have made it into the teens. Over the weekend we had some glorious sunshine too.

With the change in weather the plants have decided to make up for lost time, so new buds and shoots are popping up all over the garden. Pride of place has to go to this most welcome sight - ths first Asparagus spears of the year. They grow very rapidly. One day there is nothing to be seen, and the next these things are three inches tall! I usually find that one or two spears come up well before the others. It's almost as if they are making a reconnaisance to see what the weather is like up above, and reporting back to the others: "It's OK lads, come on up!" 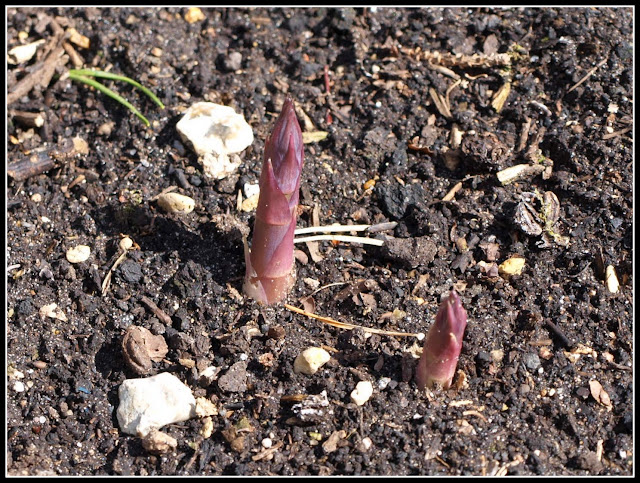 Here is another sight I have been anxiously waiting to see - the first potato plant peeping through the compost in its tub. This one is called "Swift", although this year it has not lived up to its name yet! 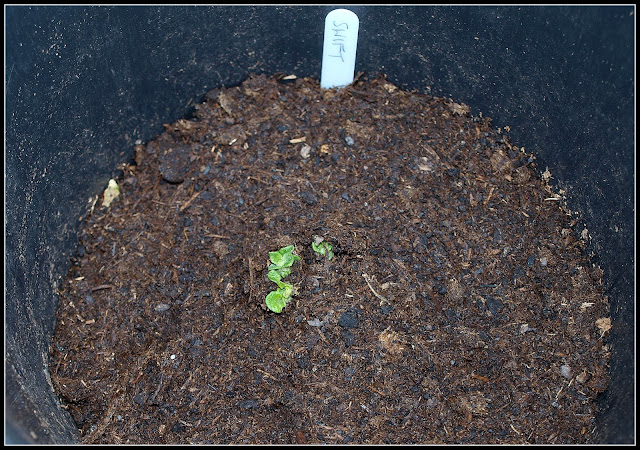 The Shallots have also decided to put out some leaves. 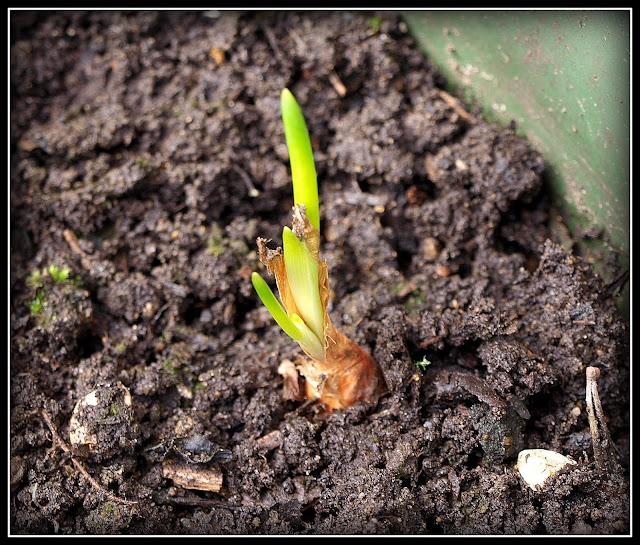 The ones in pots in the coldframe were a day or two ahead of the others in the raised bed, but they are all covered in green now. 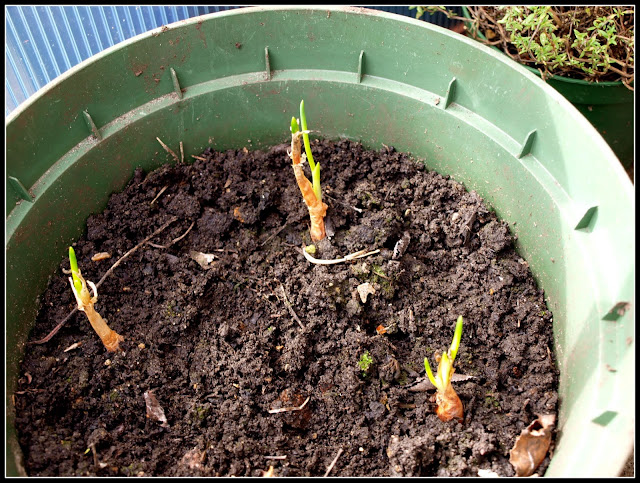 The Radishes I sowed between the rows of Parsnips, Turnips and Beetroot are up now. They grow very rapidly indeed in conditions like we have at present. 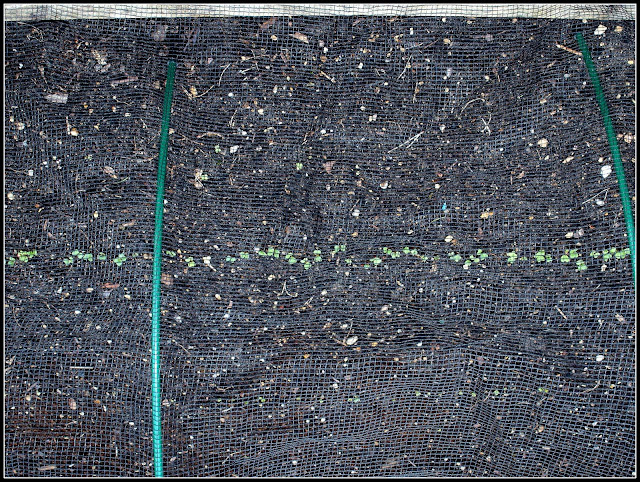 In the Autumn, when I made my micro-pond I transplanted a number of tiny volunteer plants that I had found elsewhere, aiming to "soften" the harsh edges of the new feature. 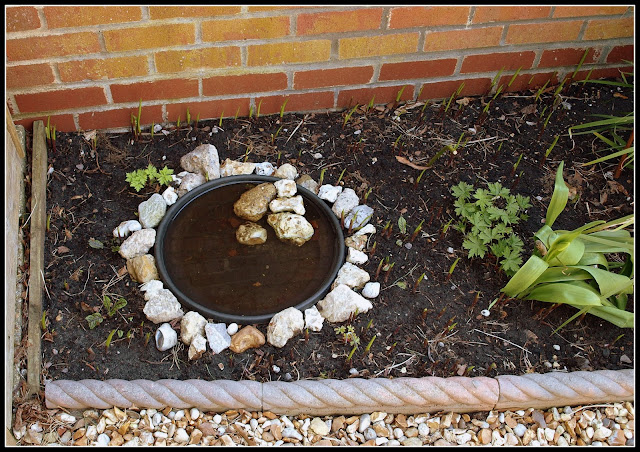 These plants are showing signs of life now. There are a couple of Red-veined Sorrel plants: 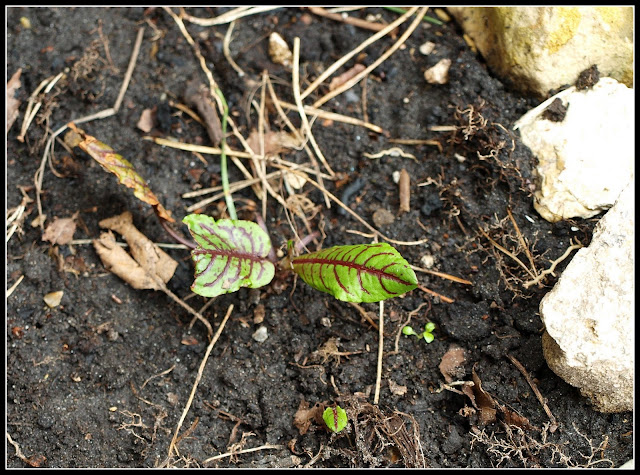 All round this area the shoots of "Convallaria Majalis" (Lily of the Valley) are  coming up. At this stage they look a bit like smoother versions of the Asparagus. 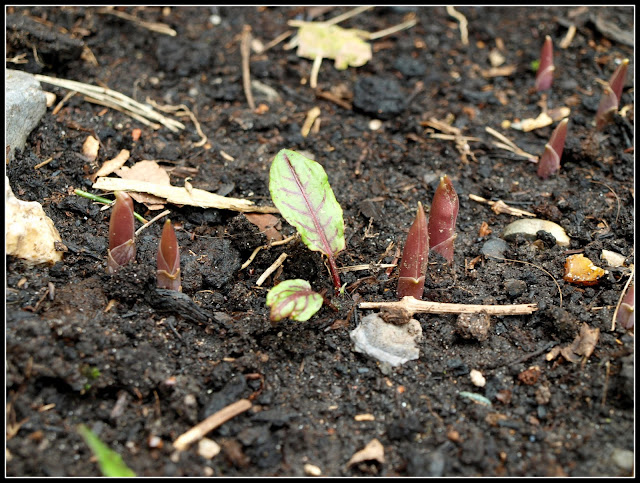 There are also a few Hardy Geraniums / Cranesbills: 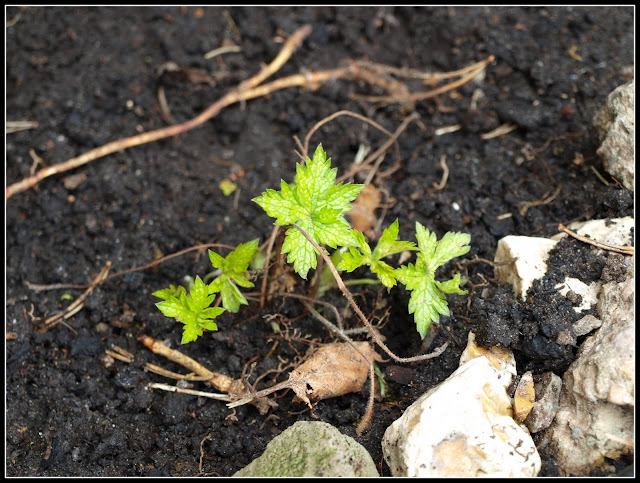 This type with its bright red shoots eventually turns into a plant about three feet tall, with lovely purple flowers.
I don't remember its name, but it is a relic from a time when I was as keen on Hardy Geraniums as I am now on Dogwoods. 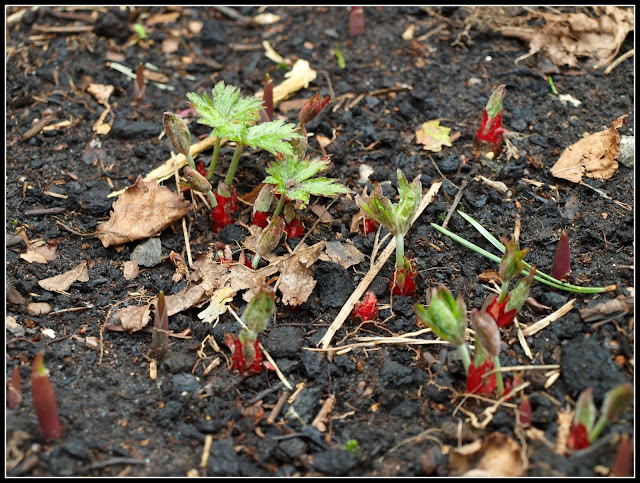 Over by the compost bins, a new crop of Good King Henry is emerging. 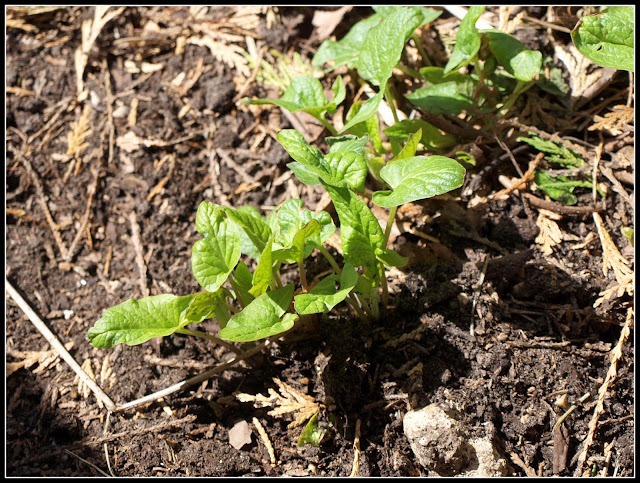 When I made my Insect Hotel last year I conveniently ignored the fact that in its "basement" are a number of Comfrey plants. I wonder if they will do OK? 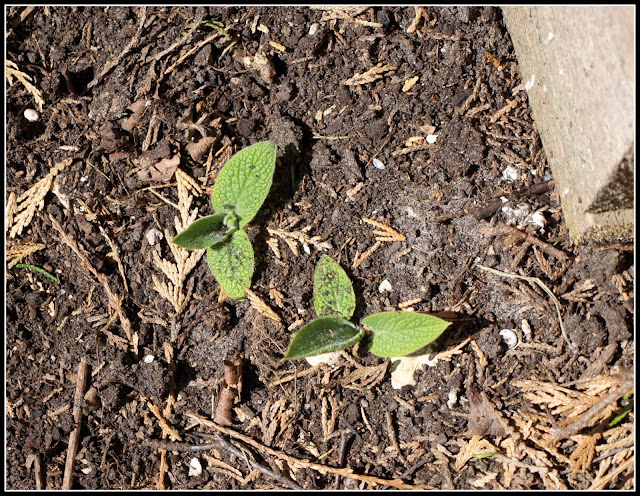 ﻿
Comfrey it pretty tough stuff, so I expect it will push its way up somehow.
Posted by Mark Willis at 16:00