My tomato plants were getting too big for the Elmlea pots in which they began their lives, so I have moved them to bigger (5-inch) pots. This is important, because a tomato plant needs lots of nutrients and it needs moist soil, neither of which it will get in a tiny pot which it has outgrown.

I have described the potting-on procedure elsewhere, (HERE for example), so I'll just show you the result: 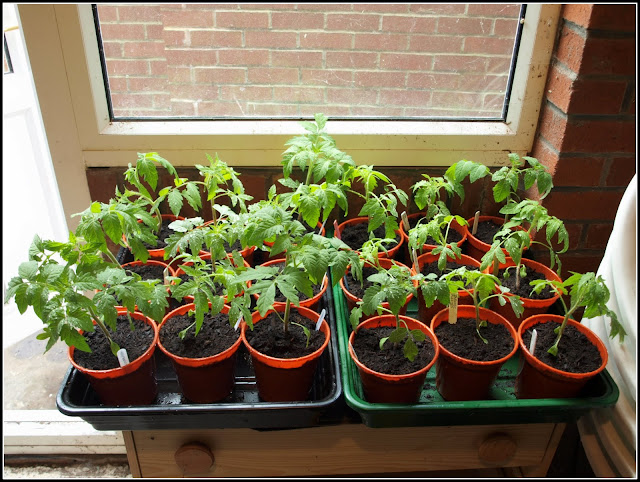 When this photo was taken, the tomato plants were sitting in trays in the garage. This is because the outside temperature was only about 8C and there was a strong breeze. In those conditions, tomatoes would not be happy, especially right after transplanting. However careful you are, transplanting always causes the plants a certain amount of shock, and it is best if they are given a bit of extra care and attention in the immediate aftermath. As it happens, soon after the photo was taken, I moved the plants right insidethe house since frost was forecast. This turned out to be a wise move because there was indeed a heavy frost that night. 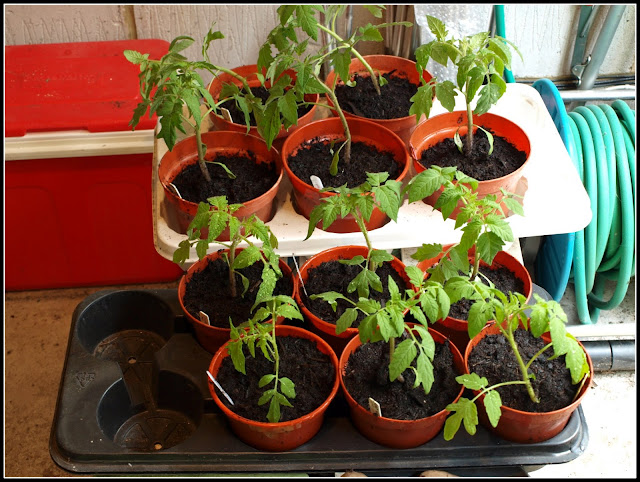 Do you see the plastic trays in which my plant pots are standing? These are really useful if you have lots of pots to move around - like when you are taking them outdoors for hardening-off. Trays like this are usually available for free at your local Garden Centre. They use them in vast quantities, and just throw them away when no longer required.

Since we are clearly not past the danger of frost yet, I will keep my tomatoes in these pots for perhaps another two weeks before putting them into their final homes - large pots that are too big to keep indoors. During the day they will be outside being hardened-off (acclimatising to outdoor conditions), and in the evenings I will bring them indoors.

My chillis will need the same treatment before long, but they are not quite ready yet. 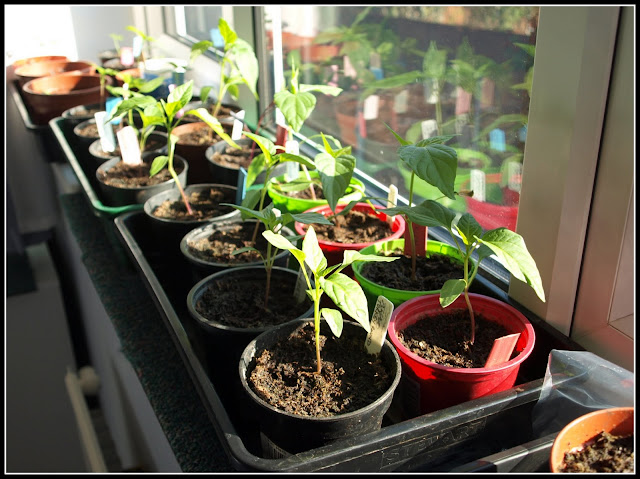 The main difficulty will be deciding which of the chilli seedlings to keep and which to discard, because I have far too many of them! I think I will keep about 10 or 12, because I don't have space for more. 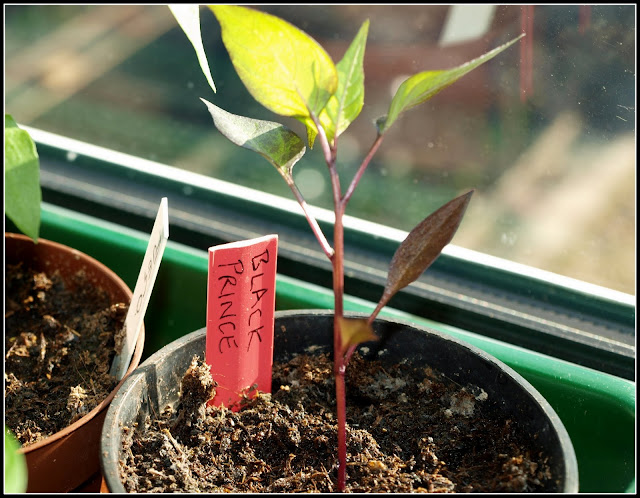 The over-wintered Scotch Bonnet plant is absolutely huge now, and covered with flowers. If even 10% of them set I'll have masses of fruit. 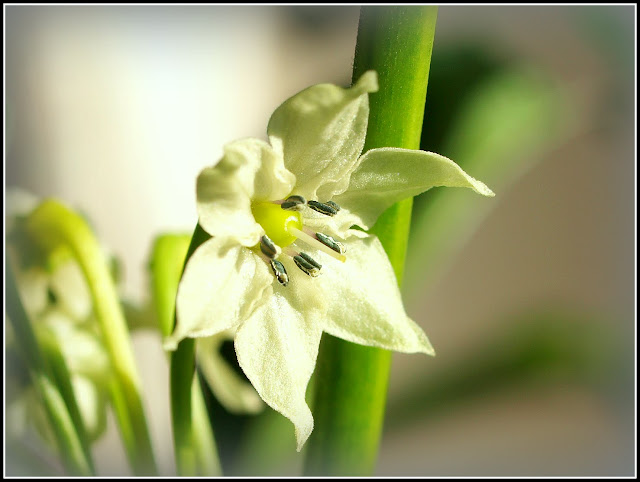