We do like our salads, and this year I am trying hard to keep the salad-growing season going as long as possible. Underneath my three Longrow cloches I have lettuces of two different varieties ("Winter Density" and "All The Year Round"), as well as various endives and radicchios.There were more lettuces than would fit under the cloches and a few of them were therefore "left out in the cold" (except that it hasn't yet been really cold...).


I remembered today that earlier this year I bought some very large individual cloches, which were originally used to protect my Marrow and my Cucumbers, so I have dug these out of the garage and put them to use: 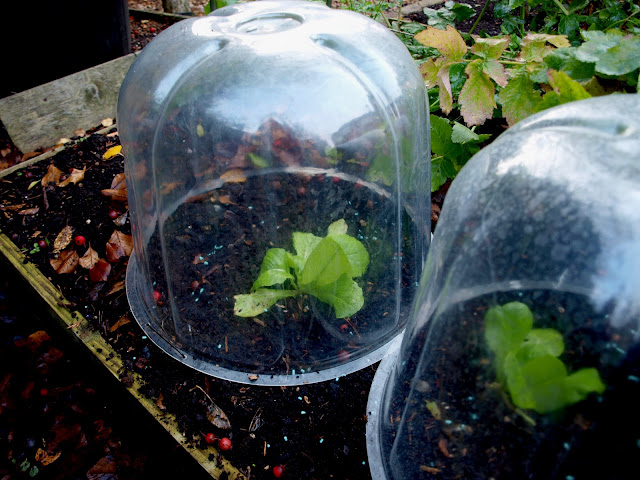 These cloches are really good, because they are especially tall and allow plants to grow quite big under their protection. They were a bargain at £10 for 3. They have closeable vents at the top, which allows you to control the temperature, and come with wire pegs to anchor them into the soil.

Elsewhere I have salad plants dotted around all over the place, like for instance in this large plastic pot which previously housed potatoes. 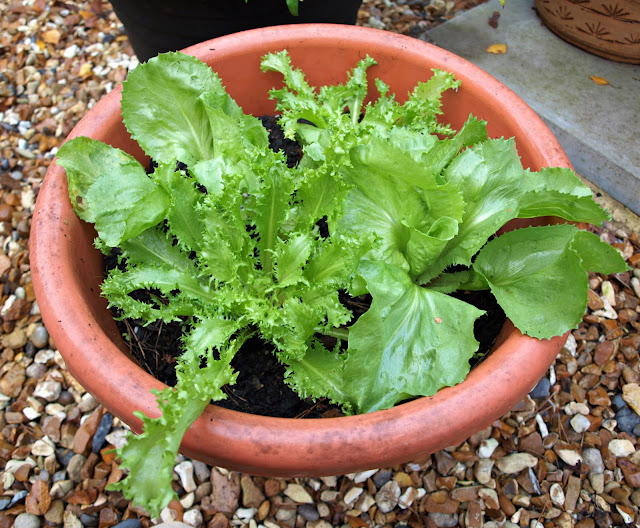 It houses two plants each each of Curly Endive and Batavian Endive.


Actually, I must see whether one of those cloches would fit over that pot. It looks just about the right size.

Last year I tried to protect my late-season salads with fleece, but it was not very effective, largely because it kept getting trashed by the foxes. Hopefully the more rigid cloches will not succumb so easily.
Posted by Mark Willis at 17:30