I sowed my chilli seeds on Valentine's day (14th Feb), and they have now grown to a size where they needed potting-on - by which I mean putting each seedling into a separate pot. 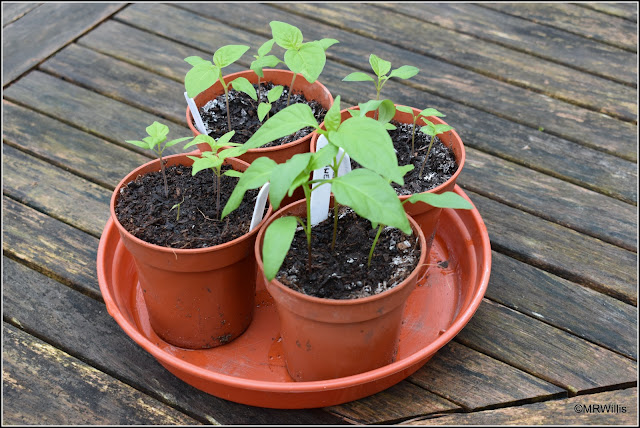 I had ten such pots, two each of five different varieties, and each pot had either 3 or 4 seedlings in it. I think I have mentioned before that my pack of "Cayenne Mix" seeds (which was supposedly going to deliver chillis with fruits of 4 different colours) only had a total of six seeds in it! For this reason I'm going to grow all six, in the hope of getting at least one of each colour. For the others, I plan to keep the best two seedlings and discard or give away the remainder. 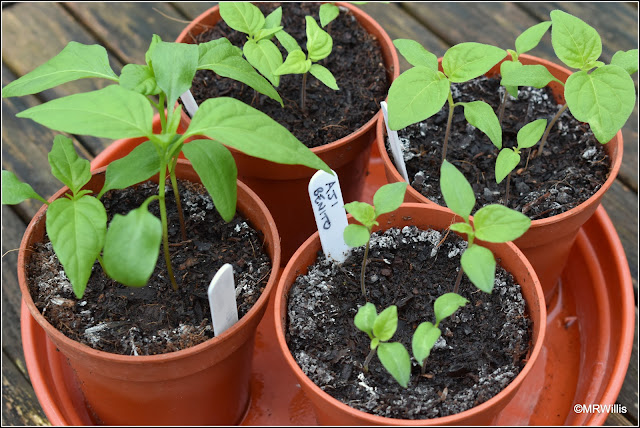 In theory therefore, for each variety I can choose two plants from eight candidates. Sometimes it's difficult to choose which are the best, but on other occasions it's much easier. Look at this: two pots sown on the same day with four seeds each; same seed variety; same batch of seeds; same compost; treated exactly the same way - but one pot has produced four big strong seedlings and the other has produced four much smaller, weaker ones! 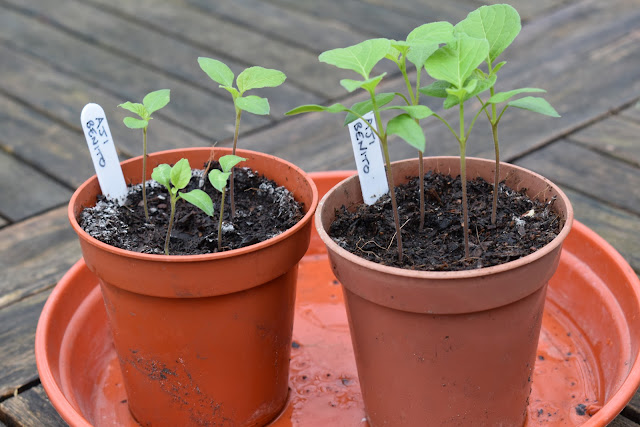 Sometimes you get a few sub-standard seedlings. For instance the one seen in the foreground in the photo below, which has grown "blind" - in other words the growing-point has failed to develop. This would most probably never grow into a good plant, which emphasises the wisdom of sowing more seeds than the number of plants you think you will need. 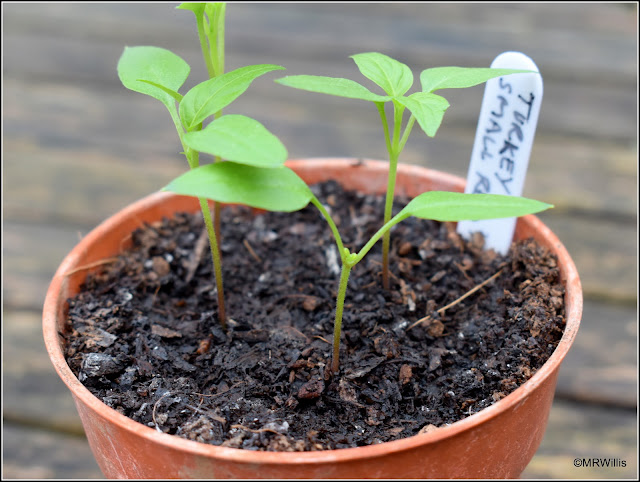 So, to transplanting... Tapping the pots firmly on the underneath, I eased out each clump of seedlings and gently separated them before quickly re-planting the best ones in individual pots, using fresh compost. At this stage I did not give them bigger pots, since they now have as much space as was previously used by four plants. These are 7cm pots, by the way.

The little plants understandably experience a bit of transplant shock, which causes them to droop for a while. 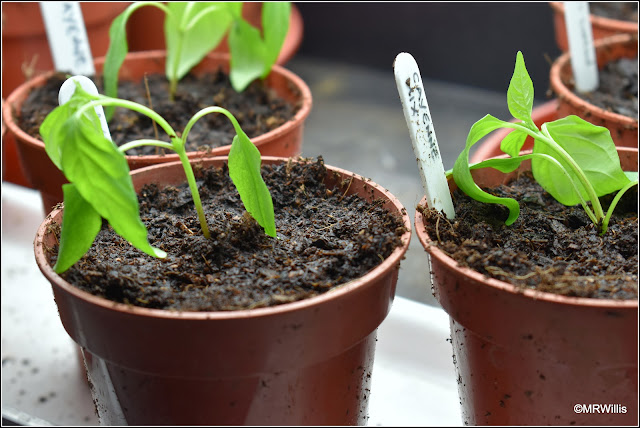 I help them to get over this by giving them a good drink of lukewarm water, and by putting them back in the Growlight House as soon as possible, so that they can benefit from its light and gentle warmth. 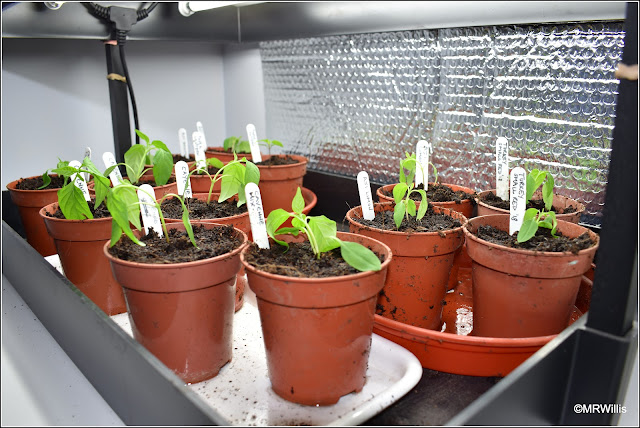 They normally perk up pretty soon and begin to enjoy their opportunity to spread out without competition from their siblings! This photo was taken about two hours after the previous one:- 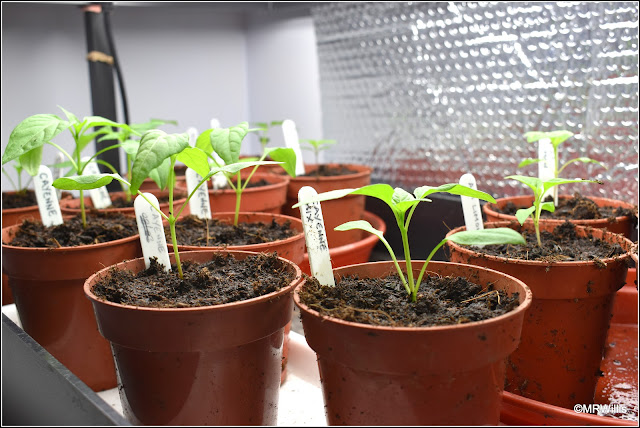 Right, so now that the chillis have reached this point, I will start thinking about sowing my tomato seeds. The procedure I use for them is exactly the same as for the chillis, so that Growlight House needs to be vacated within the next two weeks!
Posted by Mark Willis at 13:40