In my last post I described how my garden is currently almost bare, waiting for the new year's sowings and plantings. This week I planted out my first crop of 2020 - Broad Beans (aka Fava beans). These ones are a fast-growing variety called "Express". 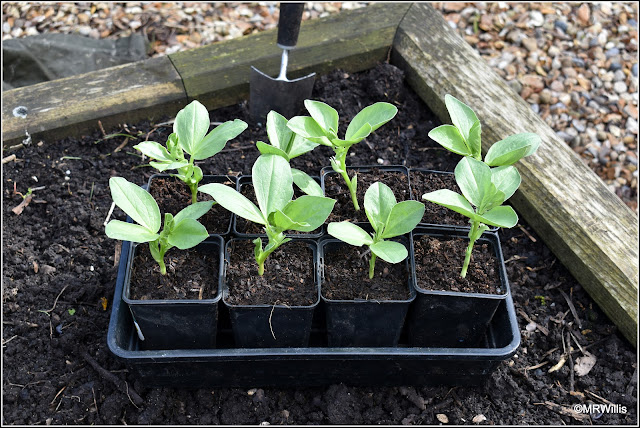 As usual, I sowed my beans in individual modules and germinated them indoors to bring them on more quickly. After germination they were moved to the big coldframe for about two weeks, and then they spent a few days outdoors during the day and inside the coldframe at night. On Wednesday this week I judged them to be big enough and strong enough for planting out.

The site I chose for them is my "Woodblocx" raised bed, which stands apart from my other ones. I haven't grown Broad Beans in it for several years. A few days before planting I had given the bed a thin layer of home-made compost (I would have used more if I had had any!) and lightly forked it over. The soil in this bed is already light and fertile but an annual dose of fresh compost keeps it in good condition.

Before planting the Broad Beans I laid them out in a row to make sure I got the spacing right. I had 14 plants available, but I only used 10 because I didn't want them to be too crowded. With a row of ten they end up being about 20cm apart. 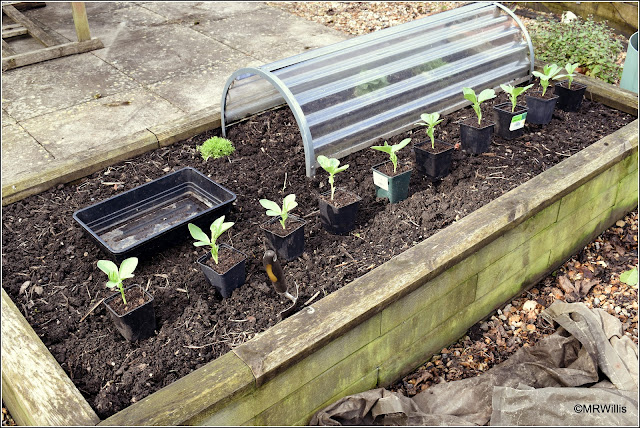 Planting was a very quick job - make a hole with a trowel; insert plant; backfill with soil and tamp down; done! It was gratifying to see that the plants all had really well-developed root systems, which hopefully means they will grow up big and strong. There we are -job done! 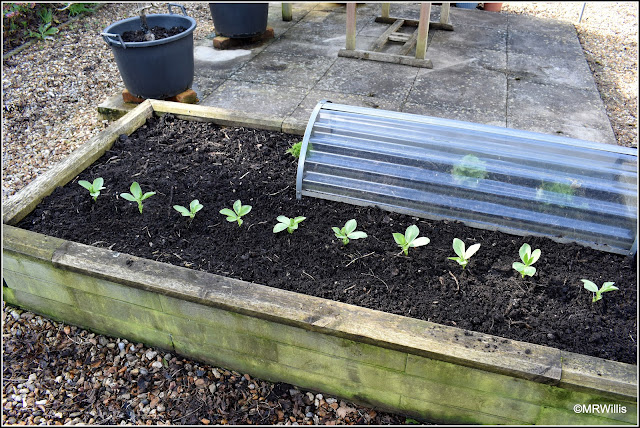 After planting I covered the row of beans with two of my venerable "Longrow" tunnel-cloches. When I first got these I reckoned them to be very flimsy and thought they wouldn't last very long, but I have been proved wrong. I can't remember when I bought them but it was probably at least ten years ago. 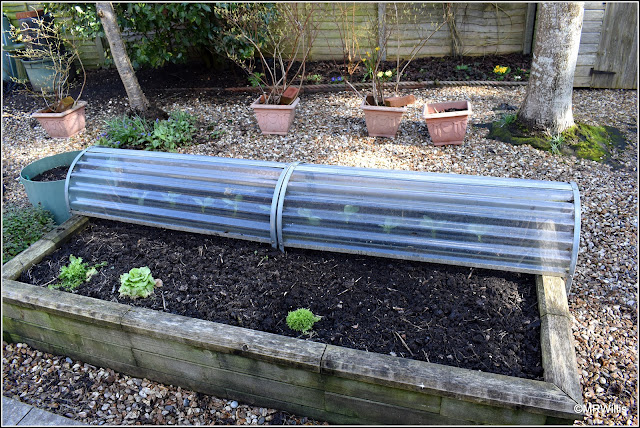 The other half of this bed will be used for a similar row of beans, but of a different variety - "Imperial Green Longpod", which are about two weeks behind this first batch. In a garden as small as mine I could never hope to grow enough beans to make it worthwhile freezing any, so I just stagger the harvest by growing two types and sowing them a couple of weeks apart. This way I should be cropping Broad Beans for about 4 or 5 weeks, but not till late June or early July.

By the way, on the same day that I planted the beans (my first planting of 2020) I also harvested the first few spears of my Purple Sprouting Broccoli, sown last May. Seems fitting, doesn't it? 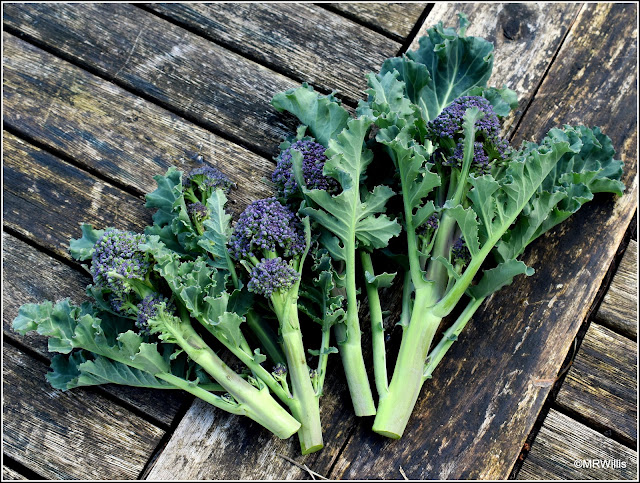