Back to Square One

Yes, I know it is possible to keep a garden populated with vegetables all year round, but I prefer to start "from scratch" each year. At present my veg-plot is almost completely empty. I have two Purple Sprouting Broccoli plants that have just started cropping (having been in the ground since last May!), and a few endives under the cloches, but apart from the fruit trees and perennial herbs, that's it. 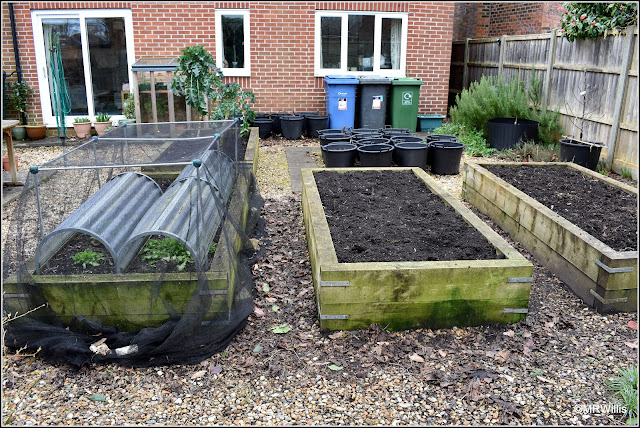 After such a mild, wet Winter, all the "hardware" (wooden raised beds etc) is covered in green algae. We need a spell of warm sunny weather to brighten things up a bit. A few days ago I did one of my least favourite jobs of the year - emptying the compost bins. Usually my compost turns out pretty well, thanks to the millions of worms that inhabit it, but this year it is very poor - wet and slimy, with only a thin layer of "good stuff" at the bottom. I think this is probably because the compost bins have not been able to drain as well, as the soil on which they stand has been waterlogged for months.

I did manage to get enough material to put a thin layer on three of my five raised beds, and a bit for the potted fruit trees, but it was nowhere near as much as usual. The black pots seen in the foreground of the next photo are not filled with fresh compost, regrettably. They hold a soil+compost mix from last year, which I will use (enhanced by some new material) for growing my potatoes. 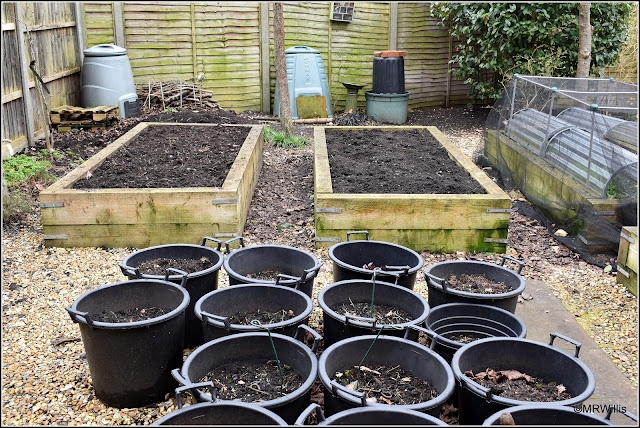 These are two of the beds to which I have applied the compost. 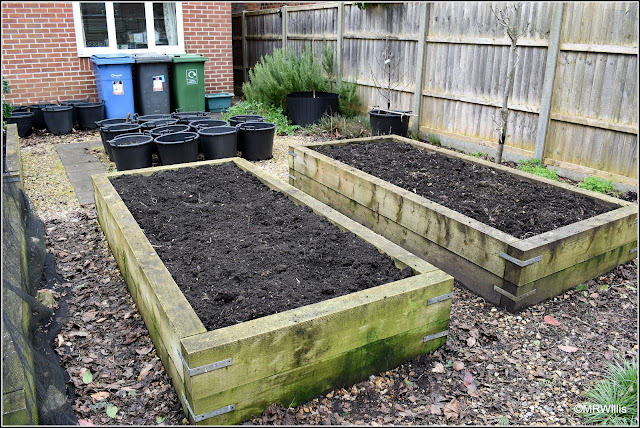 After applying the compost I just work it into the soil a little, level it off and leave it for a few days before sowing or planting anything. This gives the birds an opportunity to scratch about in it to find any lurking insects. I know from bitter experience that anything planted into fresh compost is almost certainly going to be damaged or destroyed, mainly by Blackbirds, which are an absolute menace in this part of the world.

Likewise, I don't attempt to dig-in the compost around the fruit trees, because there would be a strong likelihood of damaging their roots, many of which are quite close to the surface. I just let the rain and the worms do their thing.


Assuming the weather is all right, by which I mean drier and hopefully sunny (although this seems unlikely just now!), I plan to plant out my onions and my first batch of Broad Beans in about a week or ten days' time. Right now they are outside in the fresh air, but still in their little pots, gradually getting used to the outdoor life. Both of these vegetables are very hardy, by the way, and I don't anticipate they will have any problems making the transition. 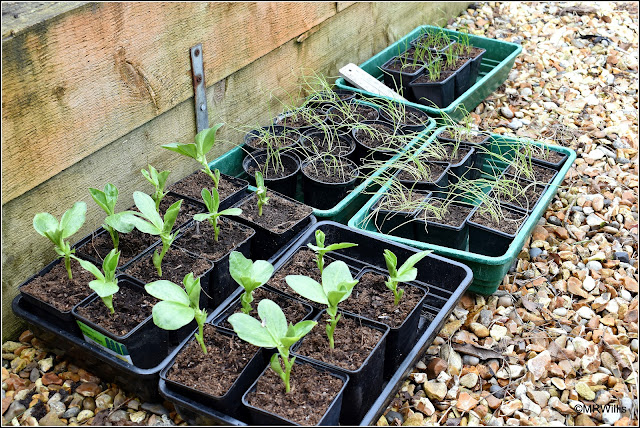 This year, in view of all the uncertainties raised by Brexit and the Covid-19 pandemic, I'll be growing mostly basic staples, and not many exotics or unusual veg, just in case fresh veg becomes harder to buy. In any case I probably won't be sowing any seeds in the raised beds for a while. It doesn't make sense to sow them while the soil is still cold and wet - they wouldn't do well, and seeds sown later always seem to catch up anyway. Meanwhile, I shall sit back and enjoy the sheer potential of all those empty beds for a while longer!
Posted by Mark Willis at 12:00