The advent of warmer weather has meant that I have been able to remove the tunnel cloches from over the Broad Beans. It's just as well really, since the first row of bean plants was beginning to push up against the roofs of the cloches. 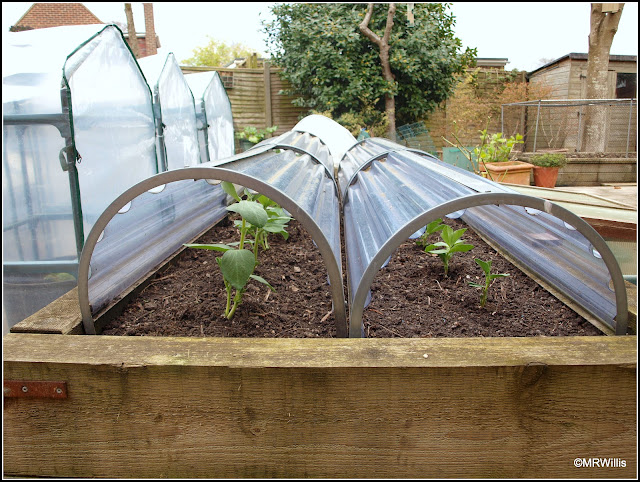 I find that if Broad Beans are left unsupported they do tend to flop all over the place, so I give each plant a bamboo cane to keep it upright. I use 5-foot canes - that's one foot underground, and four above. Of course some varieties of Broad Bean are taller than others, so this height is variable. For instance "Stereo" and "The Sutton" are very low-growing varieties and hardly need any support at all.

I tie the plants to the canes very loosely, using soft garden string, like this:- 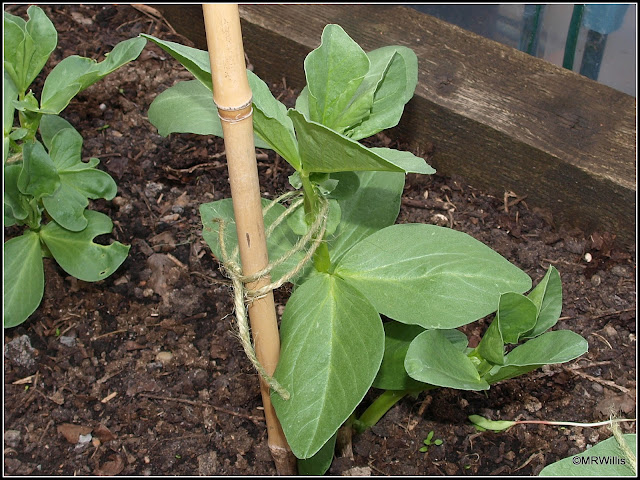 As the plants grow, I will repeat this process three or four times.

You will notice that the plants in one of my two rows of beans are a lot bigger than those in the other. This is because I sowed the second row later, in order to spread the harvest over a longer period. If you are growing beans for the freezer, this is not a good idea and you'll want them all to mature at the same time, but since I only have room for a small number of plants I never have a crop big enough to freeze, and we eat all our Broad Beans fresh. This staggering of the harvest is also improved by sowing beans of at least two different varieties. 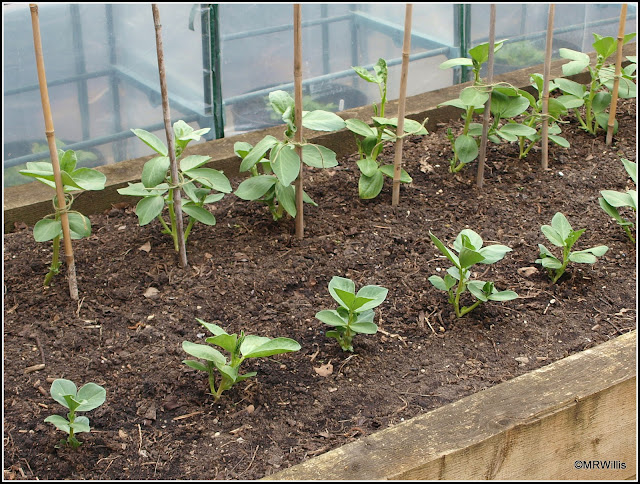 Over the years I have experimented with different spacings for Broad Beans, but I have come to the conclusion that the ideal number of plants in one of my raised beds (2.4 metres x 1 metre) is 20, in two rows of 10, so the plants are very approximately 20cm apart. 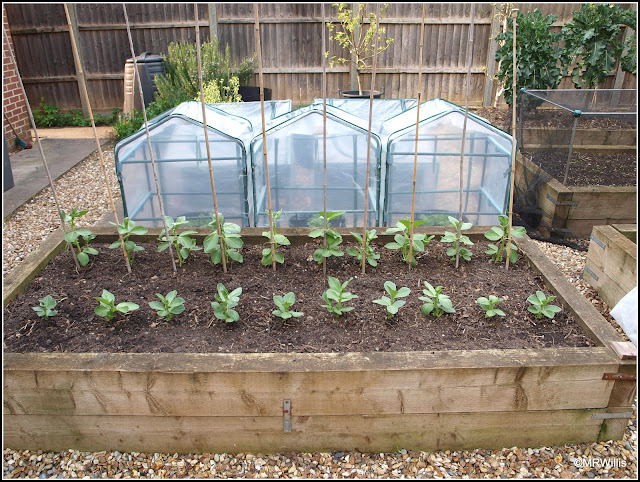 I have also learned to leave a decent gap between the rows - something like 50cm - to allow good light penetration and air circulation. I did once try growing a row of Radishes between the rows of beans but they were starved of light and never came to anything, so I won't be repeating that experiment. 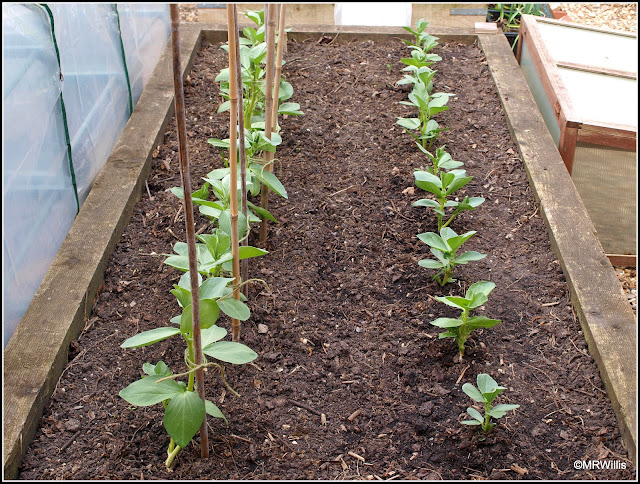 In case you were wondering, I'm also going to stake the other row of beans, but that will take place in a week or so, when the beans are big enough to conveniently tie to the canes.
Posted by Mark Willis at 12:30