In one of the borders of my garden I have a patch of Hellebores, which is gradually expanding. Although this plant is a fairly slow-growing one, it seems to self-propagate very well. A few years ago I bought a small plant of a variety described as Helleborus Orientalis "Red Spotted Hybrid". Its flowers seem to be slightly different each year, but this year they have been predominantly white with purple/red spots, like this:- 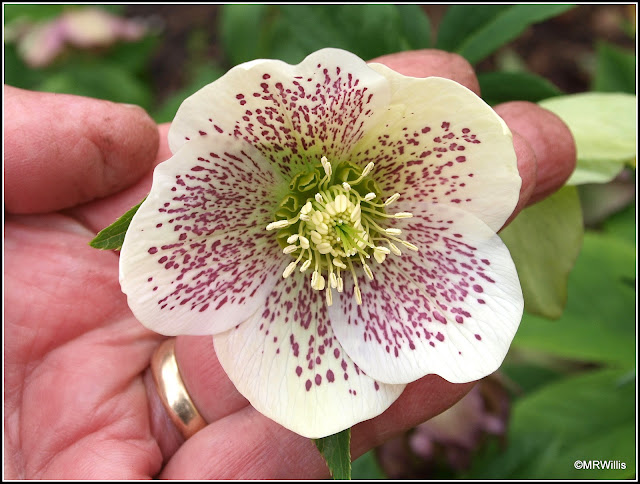 This particular plant overhangs the edge of the border and last year it evidently shed lots of seeds in to the shingle underneath. This Spring lots of little plants have popped up. 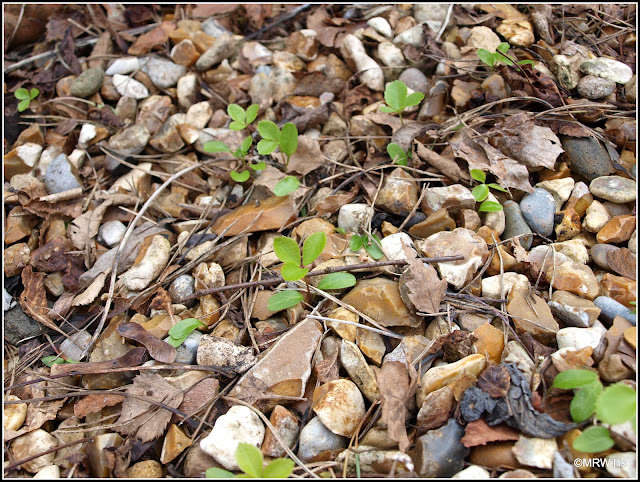 I don't want them growing there in the shingle, but I wouldn't mind them elsewhere, so I have carefully dug up a few and put them into individual compost-filled modules. 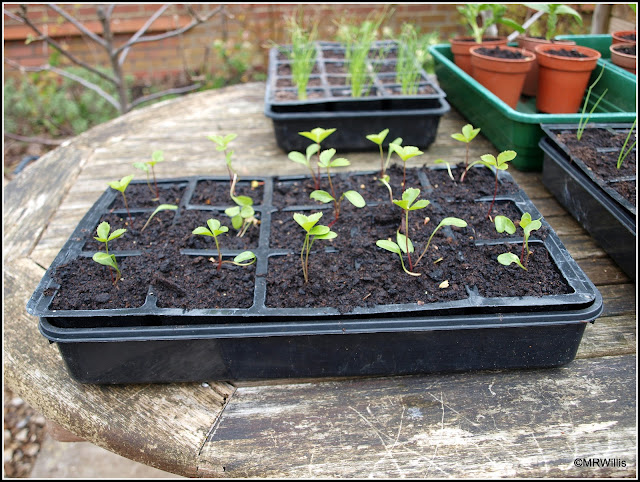 At present they are very tiny - they mostly have just one proper leaf above the twin cotyledons (aka seed-leaves), but I'm confident that if well looked after they will soon put on some weight. 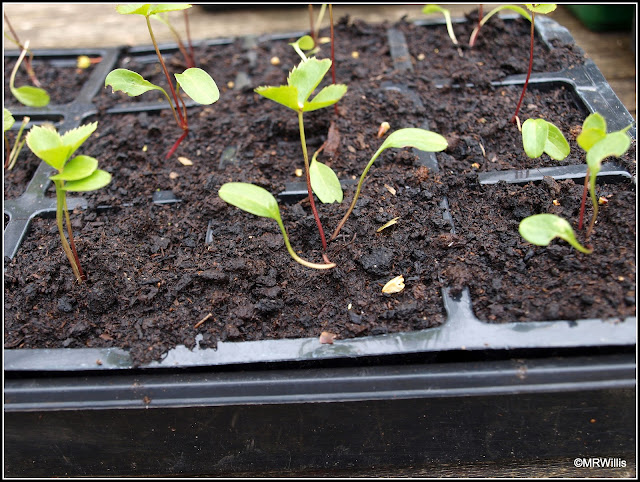 I have so many of these available that my plan is to give most of them to the plant stall at the local school's fair, which takes place in mid-June, by which time these little plants should be fairly well established. It will be at least a year, probably two, before they flower, so I suppose I'll have to provide a picture of what they're going to look like so that potential buyers will know what they're getting. 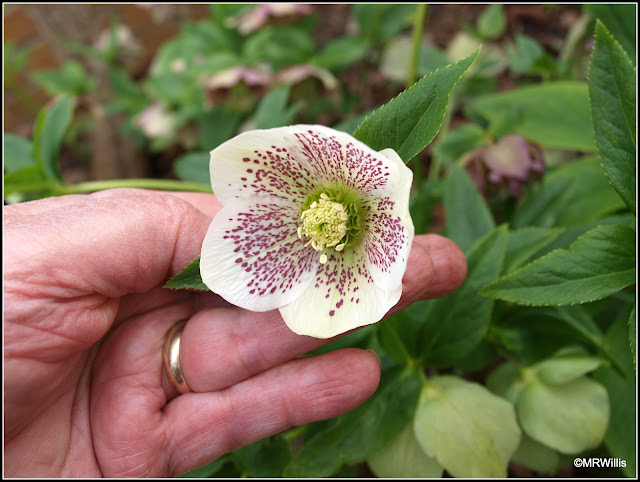