Tucked up inside their little plastic greenhouses, my potato plants are doing really well. 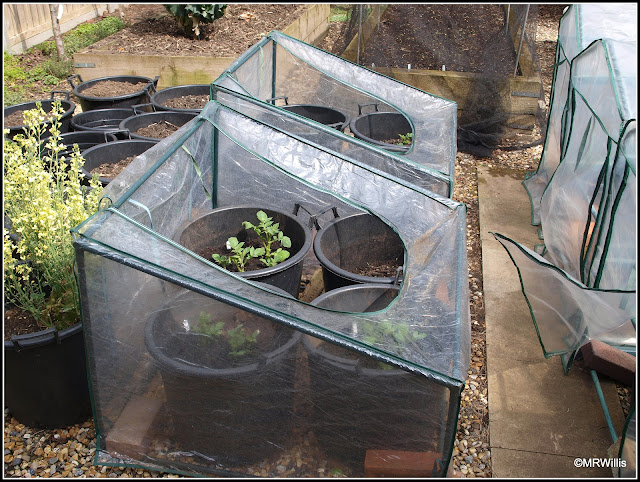 On sunny days I unzip the lids for a few hours (as seen above) so that the plants don't get too hot. Our nights have been very cold recently, so the covers are definitely closed long before dark!

April weather is very changeable at the best of times, one minute warm and sunny, the next dull cold and windy, so I often hedge my bets and leave the greenhouses partially open, like this...


The tubs inside the upright greenhouses hold the "Foremost" (1st Early) tubers. They are growing rapidly and I have already earthed them up once (that's to say I have added another layer of compost). 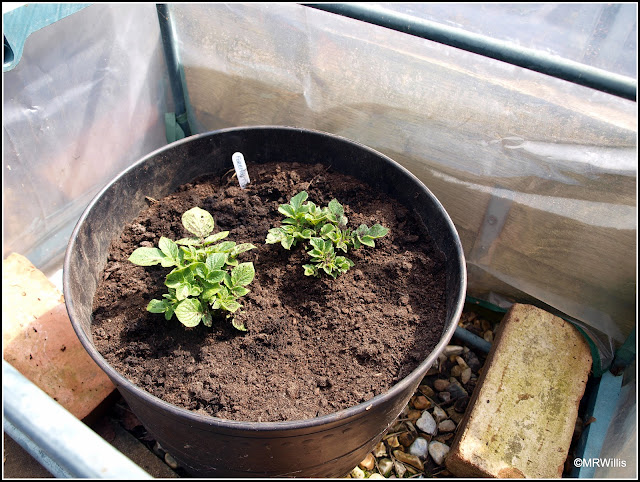 In the first of the lower "Seedling Greenhouse" structures are "Annabelle" (Left and Right in pic below) and "Lady Christl" (pot furthest from camera). They are all well-advanced too, and growing very strongly. 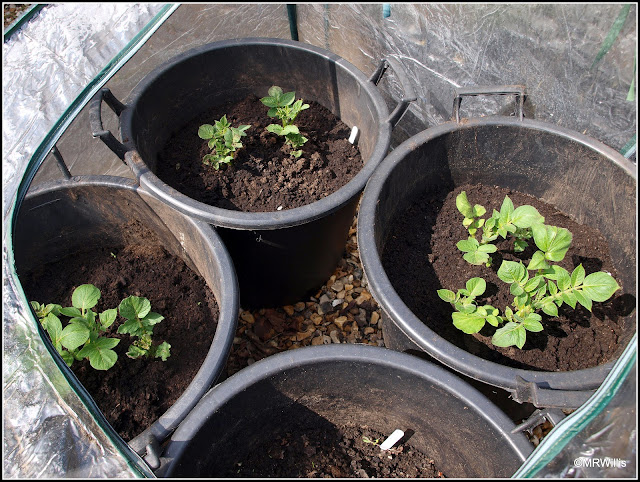 This is one of the "Annabelles". It, and all the other First Earlies were planted on March 20th. 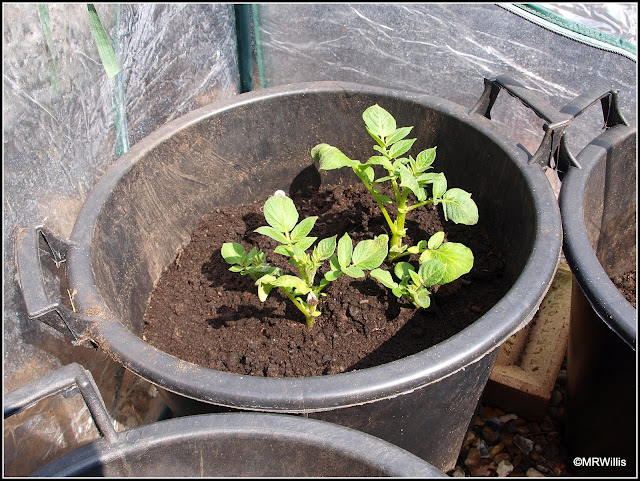 Despite being planted a week later, some of the Second Earlies are only slightly behind. These are "Nicola". 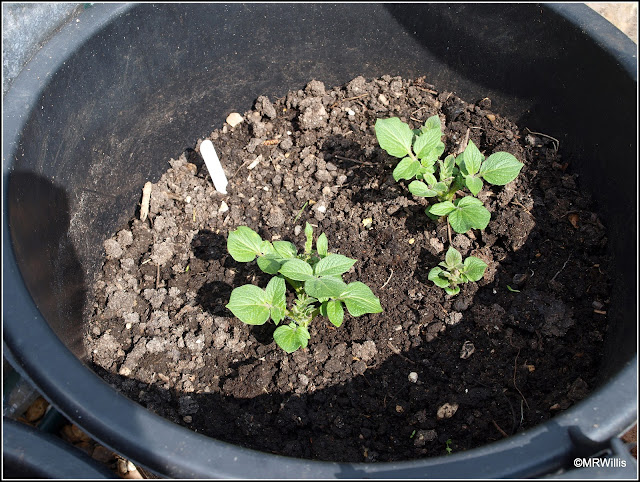 Slowest so far are the "Charlottes", which have only just broken the surface. It's good to have the different varieties developing at different rates, then they don't all mature at the same time. 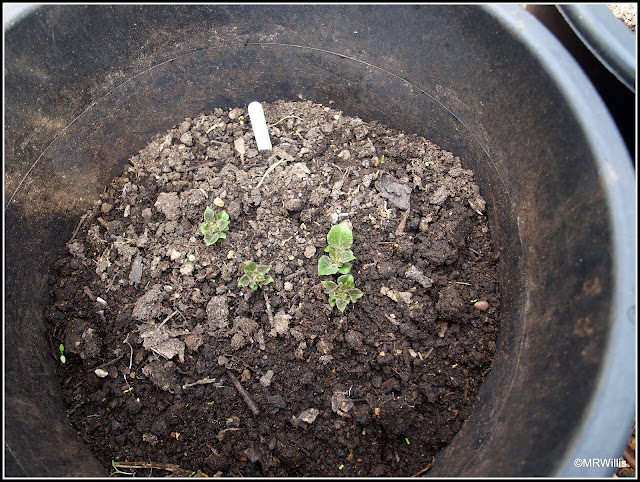 Apart from opening and closing the greenhouses to regulate the temperature, the only other thing that needs doing at this time is watering. The aim is to keep the compost moist but not wet, so the pots only need water every few days at present. With the weather now warming up this will become a daily task. If the plants get parched they will produce a small harvest, and the potato tubers will probably be dry inside too. Earthing-up, whilst traditionally done at least once during the development of the young plants, is not strictly necessary. Just ensure the plants have a good depth of soil/compost for the roots to go down into and they'll be fine.
Posted by Mark Willis at 12:30