The end of another chapter

Regular Followers will know that for the past 14 months or so I have been looking after another veg-plot in a nearby road called Courtmoor Avenue (hence my many references to "the Courtmoor plot").


Well, after a lot of agonising, I have finally decided to cease the use of that plot. I know that 2018 was probably not a typical year, with its exceptionally cold Spring and its loooong hot Summer (though with Climate Change firmly upon us, who knows, this may be the new normal), but I felt that my Effort-to-Results ratio was not good enough to make it worth continuing. Lots of effort (particularly watering) and some rather unsatisfactory harvests (e.g. the potatoes, which were dismal). I also found the traipsing to and fro to be rather wearing. I'm used to being able to just pop outside into my garden any time I like, doing a few minutes' work at a time, rather than a longer stint every few days. Yes, I admit it, I'm set in my ways, but I've established a routine that suits me and I'm happy to continue it. Today I made my last visit to the Courtmoor plot.

This was my final harvest. Three sticks of Brussels Sprouts and all the remaining Leeks (about 25). Everything else has gone. 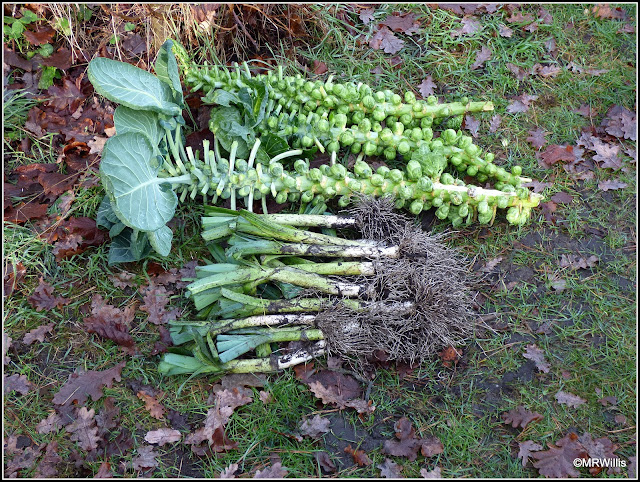 If I had been intending to continue looking after this plot, I would have left those crops a bit longer, because they were still quite small, but I wanted to make a clean break before Christmas. 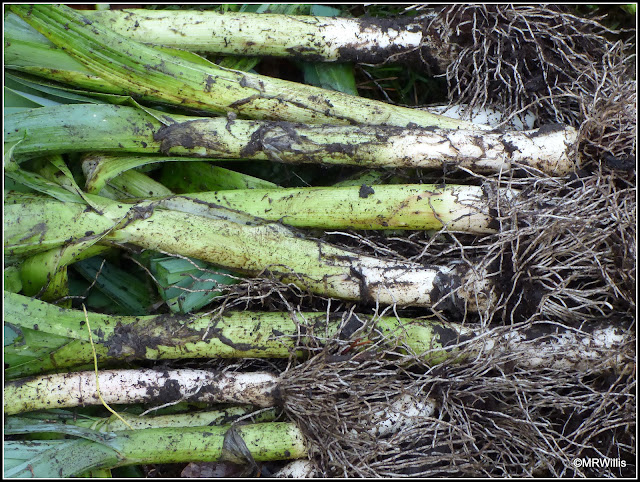 I had one last chat with the lady home-owner and she said she had been impressed with how much veg I had managed to coax from the plot. When I said that I thought the results had been a bit disappointing she countered that the Leeks were at least twice the size of anything her husband had ever managed to grow. "His used to be the size of Spring Onions" she said! Likewise, she was more than happy with the Brussels Sprouts I gave her because they had not grown any brassicas for years, due to the presence of Club Root. I never did establish how long ago the Club Root episode had been, but I think it was probably 7 or 8 years ago, and none of the brassicas I grew showed any sign of it. 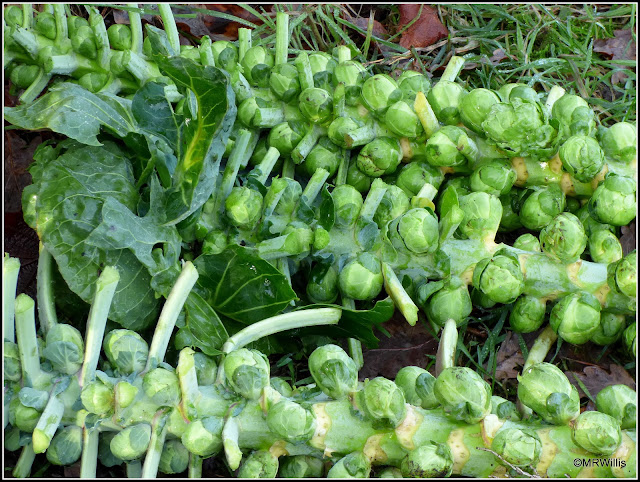 My final task was to recover all my own bits and pieces (stakes, netting, hoops etc), remove the remaining debris and leave the plot neat and tidy for whoever takes it on next. Considering that I spent most of last Autumn and Winter digging that plot over and extracting all the perennial weeds, I think I can justifiably say that I left it in better condition than it was when I started.


It has been an interesting episode, but overall I'm happy to be returning to my former arrangements.
Posted by Mark Willis at 15:30