I haven't been doing much gardening recently. You probably noticed that here on my blog (and on Facebook and Twitter) I have been writing about fungi more often than vegetables. Well, the truth of the matter is that my garden and my Courtmoor Avenue plot haven't really needed much attention. Lots of the veg that I sowed and planted earlier in the season has just been growing steadily away, doing their own thing. Every now and then I harvest something, but there is little else to do.

This week I visited the Courtmoor plot for the first time in over two weeks, and was pleased to see that it was still looking reasonably tidy. All the digging I did this time last year has ensured that there are few perennial weeds and the annual ones are not growing much at present. Each time I visit this plot I bring home any of the bits of "hardware" that are no longer needed up there, such as nets, hoops, canes etc, which I clean up and store away in my garage until they are next needed. The nets have been particularly useful because they successfully kept the pigeons off my second sowing of brassicas (you may remember that my first sowing was stripped bare...). I have ended up with some very satisfactory cabbages - such as this "January King" one:


The "Red Drumhead" red cabbages have done better than I feared too. Due to late planting (because of the pigeon attack episode) they were never going to be big specimens, but in terms of quality they are not too bad.


This is one of my two rows of Leeks. Again, due to having to struggle to survive during the Summer drought, they are not big, but to be honest in a year like this anything is better than nothing! 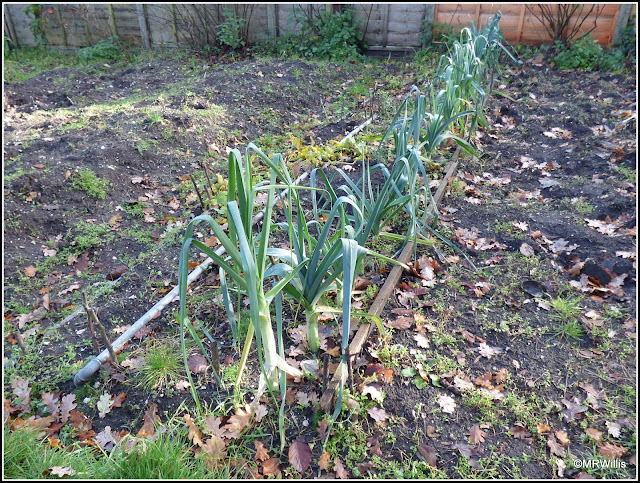 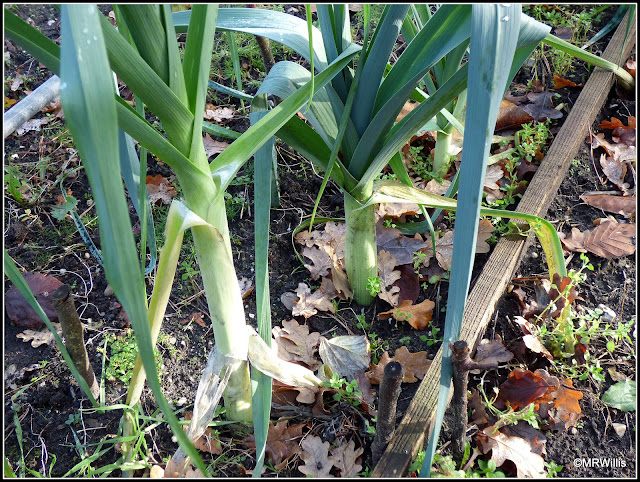 You can't see it because most of the foliage has died down, but to the left of the Leeks is a row of Parsnips. The first ones I dug, a couple of weeks ago, were not up to much - very long and thin - but on this visit I managed to get some quite nice ones so maybe they have swelled a bit due to the recent rain. Perhaps the same will happen with the Brussels Sprouts, which are still very small? 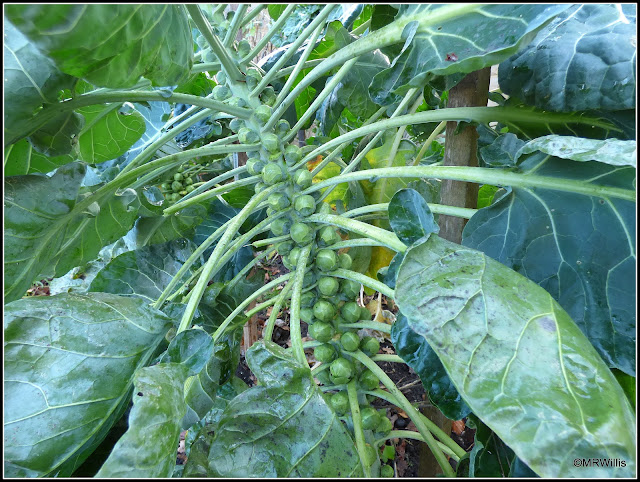 Well anyway, on this visit I came away with Cabbages, Leeks and Parsnips. 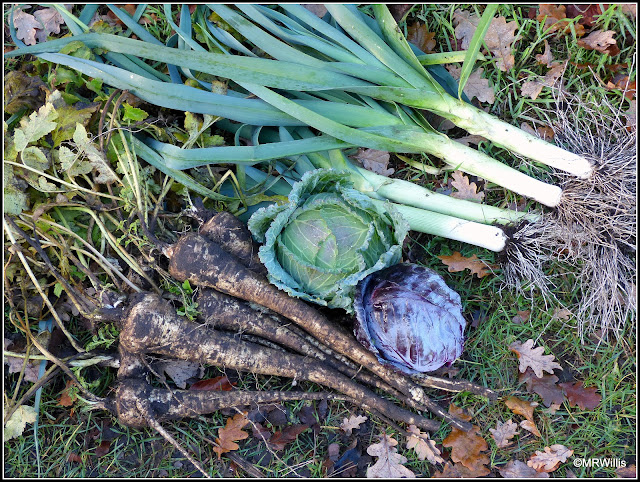 Here they are at home, after rough trimming. In the end I brought three cabbages - one "January King" and two red ones. The latter will be braised with apples, onions and raisins to accompany a roast Goose crown (one of our favourite Autumn / Winter meals). 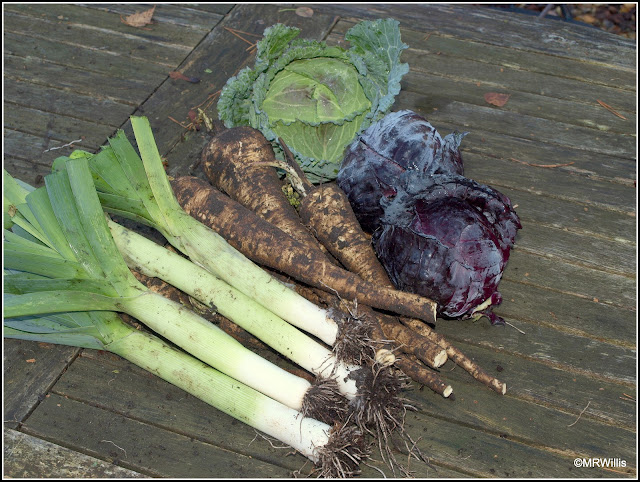 I think you'll agree that these three are all classic British Winter vegetables. It's just a pity I didn't have any Swedes or Kale to show off! I'm as guilty of this as the next man, but isn't it a shame that so many gardeners fail to produce more than the odd one or two Winter-maturing crops when there are so many viable options?
Posted by Mark Willis at 12:00