Thinking of making a comeback

My blog has been dormant over the Winter months. Let's just call it hibernating. To be honest, my gardening "mojo" took a big hit in the Autumn. I was discouraged by the rather meagre harvests from that Courtmoor Avenue plot that I was looking after - and it took such a lot of effort too! I also felt that I didn't get much encouragement (and very little in the way of thanks) from the owners, so I "gave my notice" at Christmas-time. I left the plot in better condition than that in which I took it on, so my conscience is clear. This year my efforts will once again be concentrated solely on my own home garden.


I also have to admit that my ever-increasing interest in fungi-spotting has also taken up a lot of my time, to the detriment of my gardening efforts, though to be fair there was not a lot that needed to be done in my garden these last three or four months.


Now, with the Winter hopefully ending, I find my enthusiasm for gardening returning once more. Whether or not my blog will be resurrected in the same way remains to be seen, but at present my intention is to write a few posts (at longer intervals than previously), and see how it goes. So today, I offer an Update, a Situation Report...

My gardening year began at the end of January as it usually does, when I attended the Hampshire Potato Day event and bought my seed potatoes. This year I will revert to growing potatoes only in containers, and I will grow mostly First Earlies and Second Earlies. Ten days ago I sowed my chilli seeds. I habitually do this on or about Valentine's Day, a date that's easy to remember, and produces decent chilli plants for me year on year. I have also sown Broad Beans (in individual small pots, protected from the mice by clear plastic propagator-lids), and two types of Onions, sowing a pinch of seeds in each of 30 modules. I'll separate the plants when they are big enough to handle.

One of the biggest jobs of the gardening year for me is the emptying of the compost bins. It's hard work and can be very messy, so it's a job that sometimes gets put off and put off. The recent spell of warm sunny weather finally prompted me to get on with the task, and I'm pleased to report that all my raised beds have been topped-up with a very thick layer of rich organic matter. The birds will have a chance to peck this over before I need to sow or plant anything. 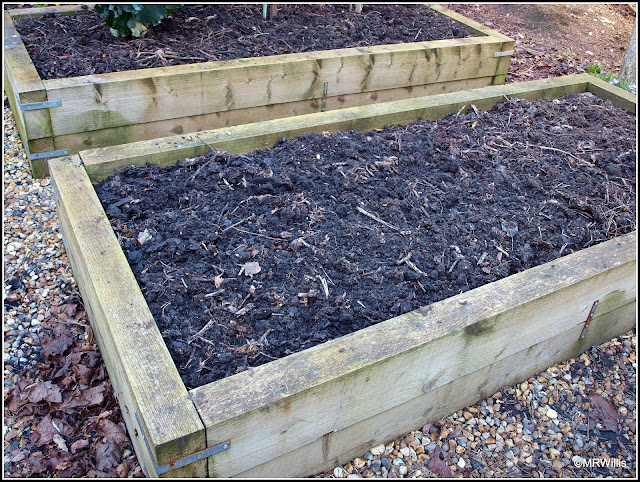 I have also reserved quite a lot of the compost for my potatoes, storing it in the big plastic tubs in which the spuds will be grown. I'll not be planting any potatoes for another 2 or 3 weeks at least, and then only if the weather doesn't go cold again. 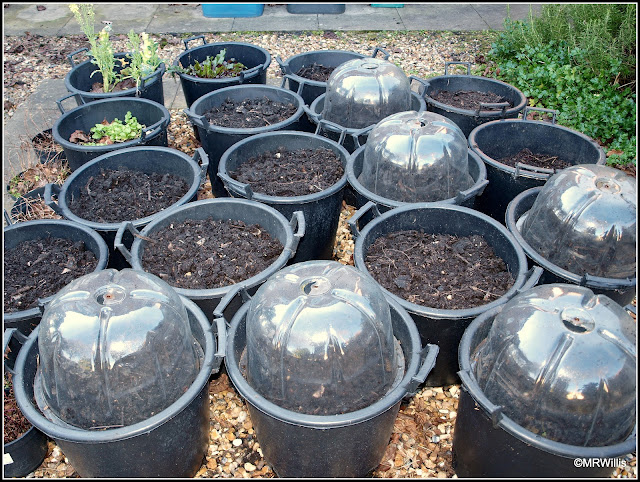 Back in October I planted some garlic - "Mikulov Wight" - kindly supplied FOC for review purposes by Gerry from Growseed. This has grown steadily over the Winter and is looking quite promising. I covered the tubs with metal grilles (shelves from the mini-greenhouses) to stop foxes digging in them, and this seems to have been successful. 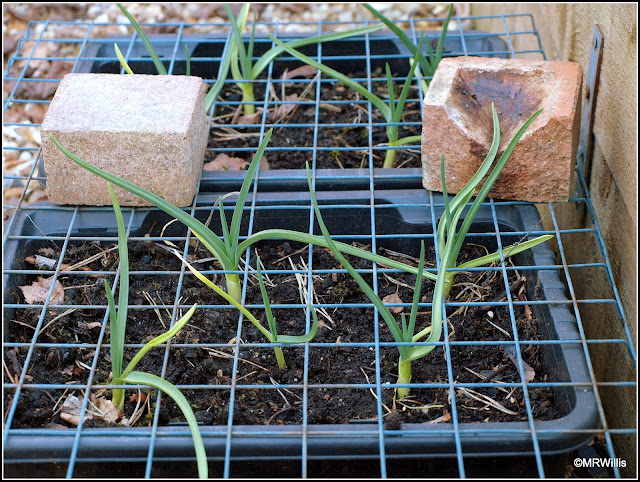 My Endives survived the Winter too. This was never intended; they were supposed to have been eaten during the Autumn, but I sowed them later than I should have done, and the Summer drought meant they grew a lot slower than usual (it's a miracle they didn't bolt!). Still, protected from frosts by my long cloches (and in the severest weather, by a couple of layers of fleece too) they look all right, even if not very big. Now that we have had some sunny and warm days I expect them to do one of two things: put on a growth spurt, or bolt. Hmmm, I wonder which it will be... 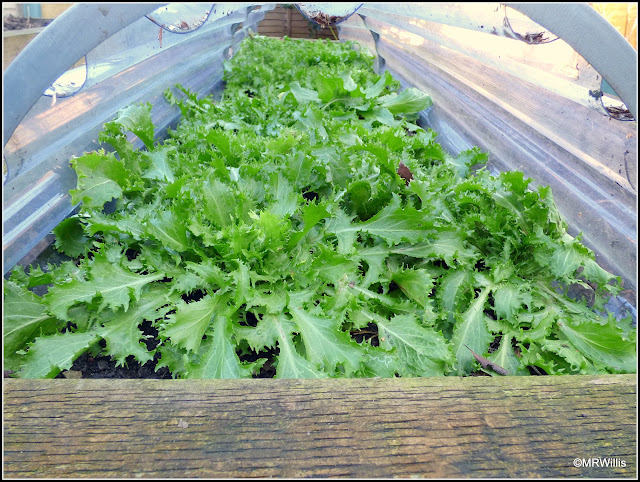 Surprisingly, I also have three Beetroot that might finally come to something: 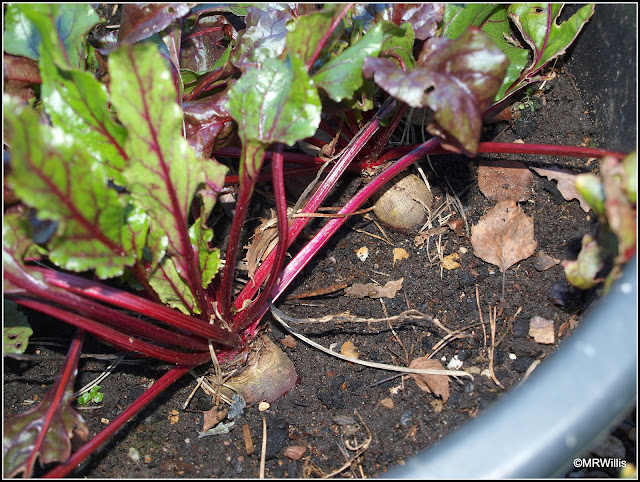 They were sown in one of the big plastic tubs, as a follow-on crop after potatoes, but like the Endives, they never really got going - until now. Even if (as seems likely) the roots prove to be tough and woody, at least the plants are producing some new leaves, which can make a nice salad ingredient.

Another vegetable that I grew in the big tubs was Kaibroc, which produced a very creditable harvest over a very long season. It just seemed to keep on developing another batch of shoots every few weeks, and one pot with two plants in it never officially finished cropping. Now, the two very hacked-about plants have finally managed to set some flowers. I'm leaving these as a little snack for some of the early bees.


So what now? I know this is tempting Fate, but this year I plan to be a bit more conservative with what I grow. I'm going to concentrate on staples like Runner Beans, Carrots, Chillis and Tomatoes, and try to resist growing any "Funnies". If all the dire warnings about shortages of fruit and veg after Brexit come true, I may end up being more than usually glad of the harvests from my garden!
Posted by Mark Willis at 18:33