This year I have grown two varieties of Runner Bean - "Scarlet Empire" and "Firestorm". 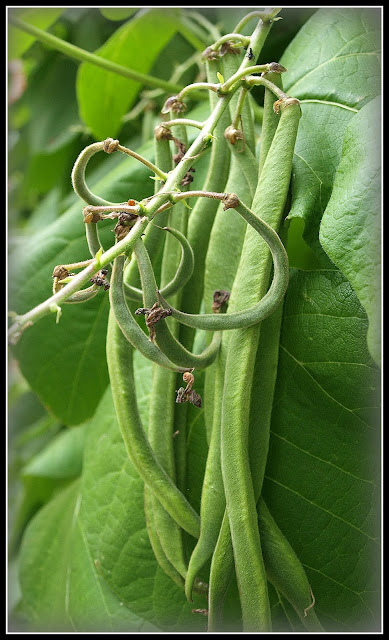 I planted 10 of the former and 4 of the latter. I have grown the former a couple of times before and been very pleased with them (last year they gave me the best bean harvest I have ever had), but I wanted to try a different variety too. "Firestorm" is a new variety which is allegedly self-fertile (doesn't need bees to pollinate it), and which will supposedly set pods even in ﻿high temperatures or poor weather. Sounds great, doesn't it? But when it comes to growing beans I am a bit of a traditionalist and I prefer to grow well-established varieties, so I wasn't about to give up my trusty "Scarlet Empire" until "Firestorm" had proved itself.

I have been harvesting Runner Beans for many weeks now, so I thought it was about time I formally compared the results of the two types. 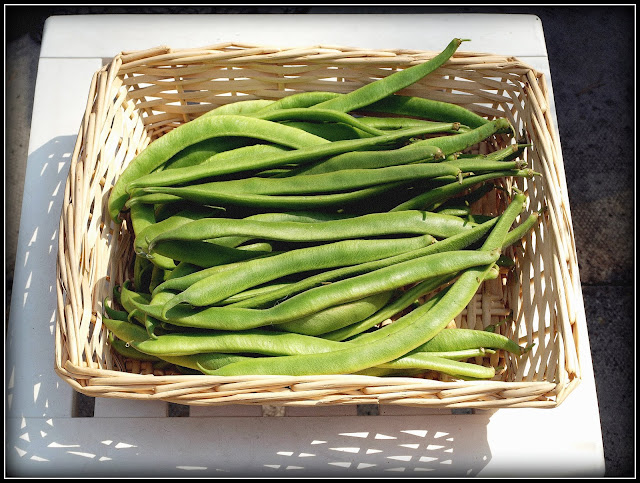 Unlike many of my gardening blogger friends, I don't keep records of the weights of veg that my garden produces, but I have a very good feel for what does well and what doesn't. My perception is that "Scarlet Empire" still wins in the weight of produce contest. The two types have probably produced about the same number of beans, plant-for-plant, but the "Firestorm" ones are not as big as the "Scarlet Empire" ones, and many of them have not been useable because they have developed more bean than flesh. I like to eat the pods before the beans inside are conspicuous, but some of the "Firestorm" pods have developed beans very early, while they are still small, like this:- 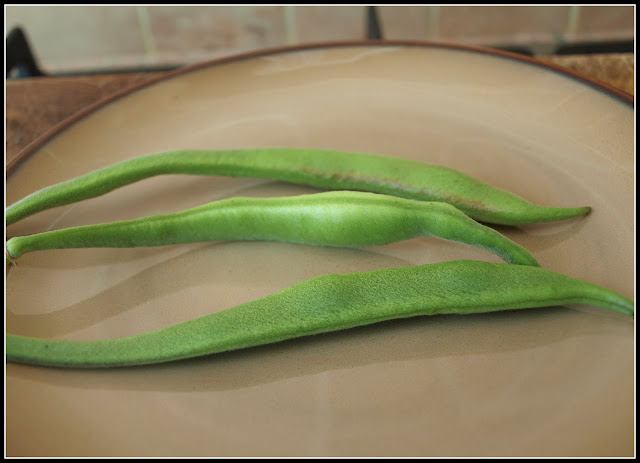 Here is a photo that shows typical examples of the two types side-by-side. You can see that the "Scarlet Empire" ones (on the left) are longer. The "Firestorm" ones tend to have a sort of "tail" at the stalk end, before any fleshy pod is produced. 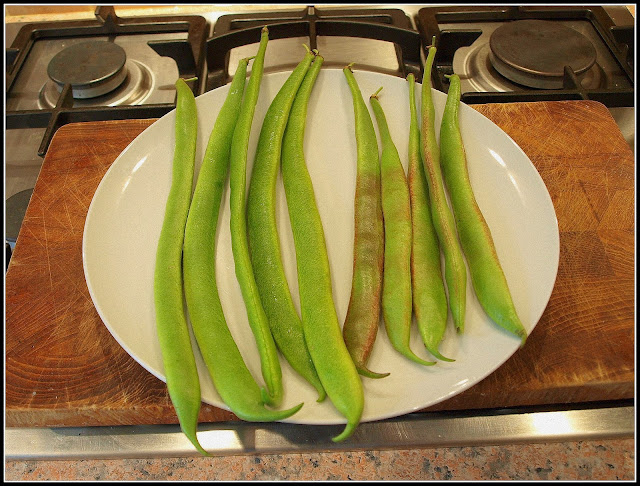 Many of the "Firestorm" bean pods have a reddish colour, particularly at the edges. I think this is not very attractive. I wonder if it is supposed to be there? Could it be a throwback to one of the plants' ancestors, since this is obviously an "engineered" variety? 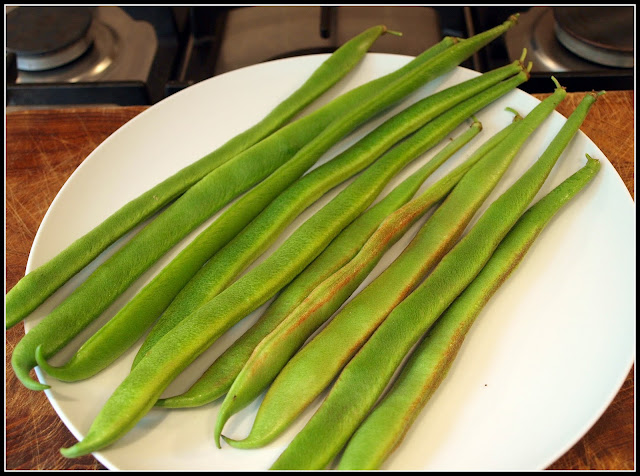 It is not really possible for me to say whether the self-pollination attribute of "Firestorm" has been useful / necessary, because all of the bean plants have been pretty successful at setting pods. As it happens, "Scarlet Empire" it still producing a mass of new flowers, whereas "Firestorm" is not. 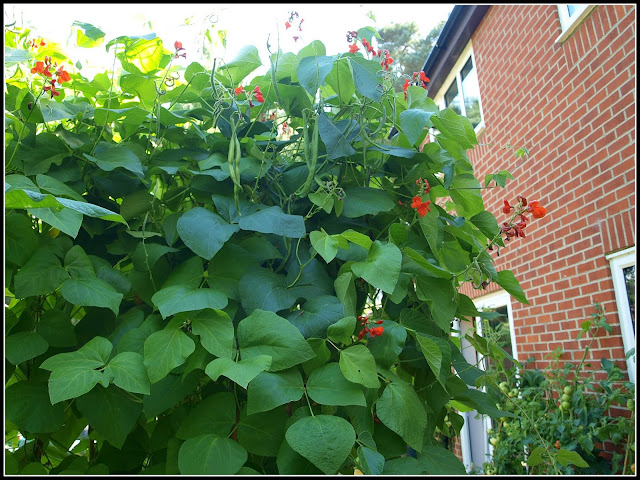 ﻿
In conclusion then, I think "Scarlet Empire" is considerably better, and I will be growing it again next year, but I don't think I will grow "Firestorm" again.
Posted by Mark Willis at 12:00