Do you get the impression that I took lots of photos on our recent trip to Scilly? Yes, I took about 400! I'm not letting you off without seeing some shots of the local plants and animals...

The Isles of Scilly are the South-Western-most part of our country, and being (obviously) surrounded by sea, their climate is a lot milder and more even than the mainland. They are very much in demand as breeding-grounds for many types of bird and animal, such as the Puffin and the Seal. Unfortunately we were not there at a time when Puffins can be seen, but we did see plenty of seals: 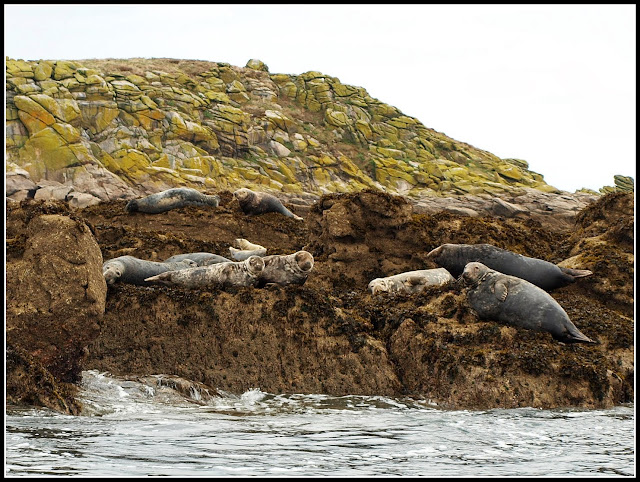 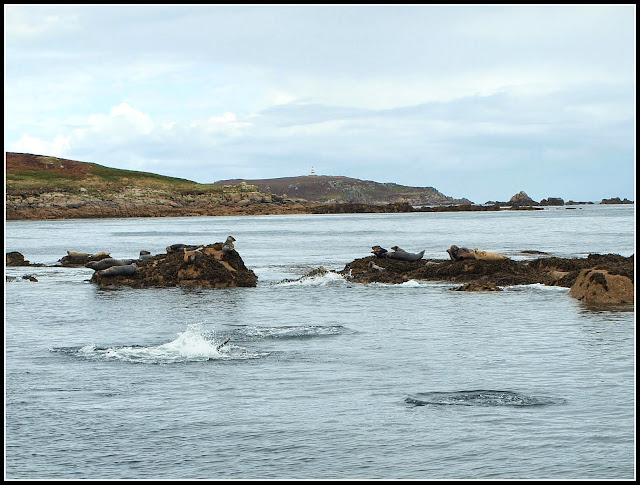 There are no foxes on Scilly, no badgers, no snakes, no Jays and no Magpies. In others words, small birds and creatures are safe from all the predators that normally beset them in other parts of our country. Because of this, the birds are very friendly, and not the slighest bit frightened by humans either. This handsome Thrush was quite happily scrabbling around in a hedgerow just 3 feet away from me:
﻿ 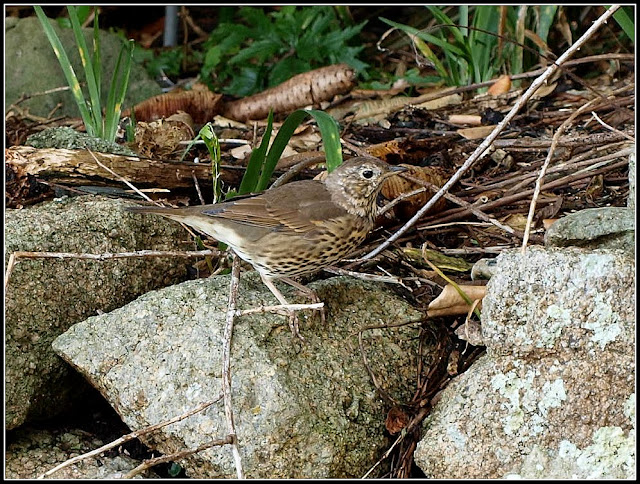 In true Darwinian fashion, the birds and animals on Scilly have evolved slightly differently to their cousins on the mainland. At first sight many of the creatures are the same as the ones on the mainland, but apparently there are lots of minor variations. I'm not an expert on such matters, but even I could see the difference in the Sparrows - they were huge!

This Herring Gull stared at us every morning as we ate out breakfast, hoping to get a treat (it didn't). 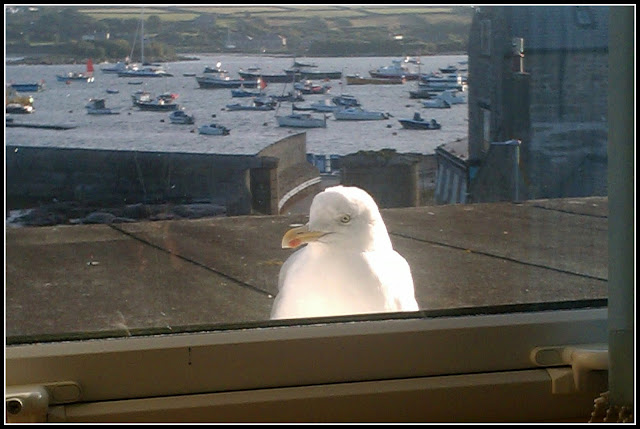 I'm not a serious bird-watcher, and only an enthusiastic amateur when it comes to horticulture, so I'm not going to attempt any serious discussion of the flora and fauna of the Isles of Scilly, but instead I'll show you a gallery of my photos, with simple captions. Here we go...

These dramatic Belladonna lilies are very common in Scilly. A distinguishing feature is that they flower before any leaves appear. For this reason they are colloquially called Naked Ladies!
﻿﻿

﻿Perhaps the most common type of plant in Scilly is the Aeonium. This plant (native to the Canary Islands) grows everywhere:
﻿
﻿

﻿
Of course the types of flower most closely associated with Scilly are the Daffodil and Narcissus. There are none of them in bloom at present, but certain varieties do start blooming in October, whereas on the mainland Daffodils are early Spring flowers. While we were there, lots of the farmers were engaged in planting their daffodil bulbs. They are grown in tiny felds, carefully protected by tall dense hedges of Pittosporum:


﻿
﻿
One of the souvenirs I brought back from Scilly was a bag of 20 daffodil bulbs, which I thought would be an appropriate (and hopefully long-lasting) memento of our trip. They are of the variety called "Soleil d'Or" (Golden sun), which has multiple little yellow-and-orange flowers on each stem. 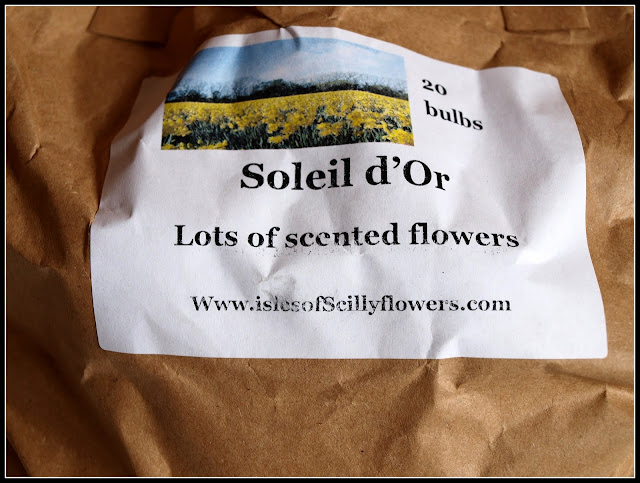 These were my Granny's favourite type. I remember her calling them "Solly Doors"!