Many amateur gardeners will agree with me when I say that growing huge quantities of veg is not necessarily the object of the exercise with Grow Your Own. A lot of people grow tiny amounts, but still find pleasure in doing so. I don't know if you would consider my garden large or small - it's a relative thing. My patch is very roughly 10 metres by 10 metres, so there is no way I'm going to be self-sufficient in veg, but my goal is to supplement shop-bought vegetables with small amounts of fresh high quality special treats, of whose provenance I can be 100% certain  - and ones that have no food-miles associated with them, as well as the barest minimum of artificial chemicals. I think I manage to achieve that fairly well. Here are some examples:-

These are not the world's prettiest beans, but they are almost certainly the most welcome! My garden is currently experiencing a massive assault from Blackfly, and I was seriously beginning to doubt whether I would be able to harvest any climbing beans at all this year. This little batch of "Cobra" climbing French beans gives me hope! 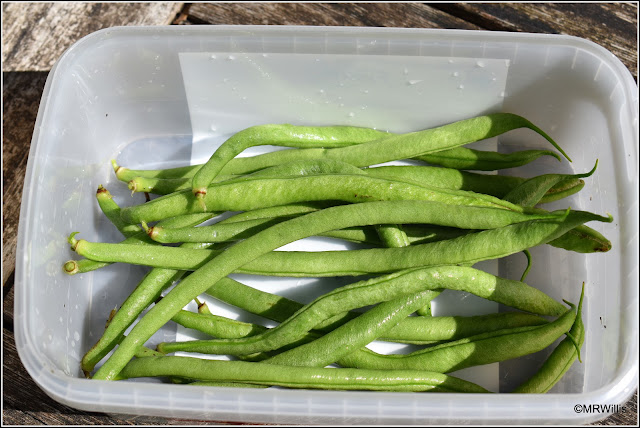 We ate them last night, and though I say it myself they were lovely beans - much nicer than anything you can buy in a supermarket (remember, their beans have been in transit for several days before you even get to buy them, whereas mine were still growing a couple of hours before being cooked.)


They are about 4 inches long, so not fully grown. To be honest, they were never intended to be picked at this stage, they were supposed to have been picked at less than a quarter of the size, to be used for making pickled cornichons, but I somehow missed them amongst the foliage of their parent plants. I have other cucumber plants which are for producing full-size fruits, so I thought we should try eating these ones at this in-between stage. They were delicious; very firm and crunchy, but with only very tiny seeds inside. I know that you can sometimes buy tiny cucumbers in shops like Middle Eastern delis, but you don't normally see them in the supermarkets, so to me these are very special.

Another example of the "small but special" harvest is this Tenderstem-style broccoli. 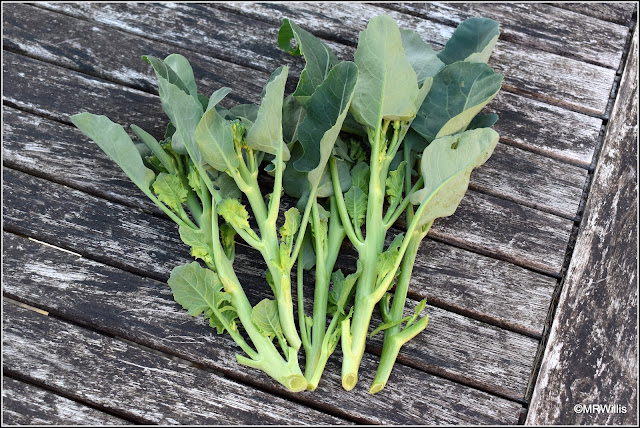 This type of broccoli is not grown for the big flower-heads like the Calabrese type, but rather for the succulent stems of the sideshoots. The texture when cooked is somewhat akin to that of Asparagus, and the taste is very subtle for a brassica - nothing like as strong as say, a Brussels Sprout. Before cooking them, I usually remove most of the leaves, though of course they are edible too, producing when cooked a soft texture a little like spinach.

One of the best features of this type of plant is that it has a habit of putting up "suckers" or underground side-shoots, which appear from the roots near the base of them main plant, so that just when you think your crop has finished it starts all over again! 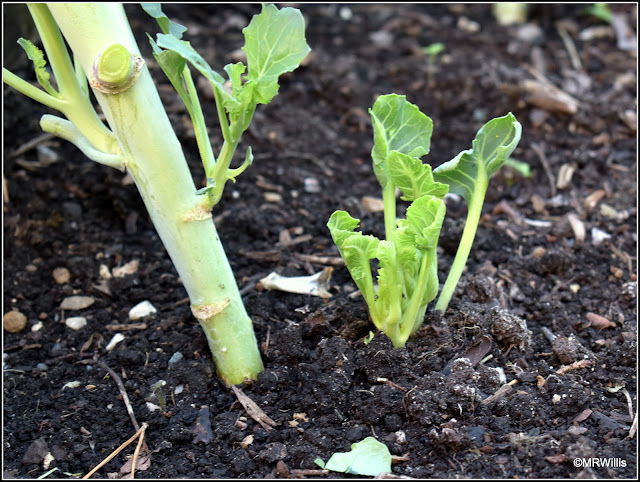 Then of course there are the tomatoes... 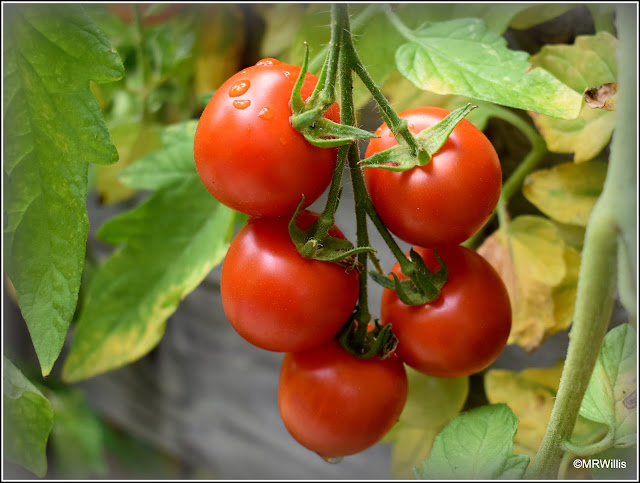 I think it would be fair to say that you very seldom find a commercially-produced tomato that's as tasty as a homegrown one.