My garden is "trundling along" as is normal for this time of year. There are few major tasks to be done, so my job is just to keep things tidy and continue to pick stuff as it ripens. 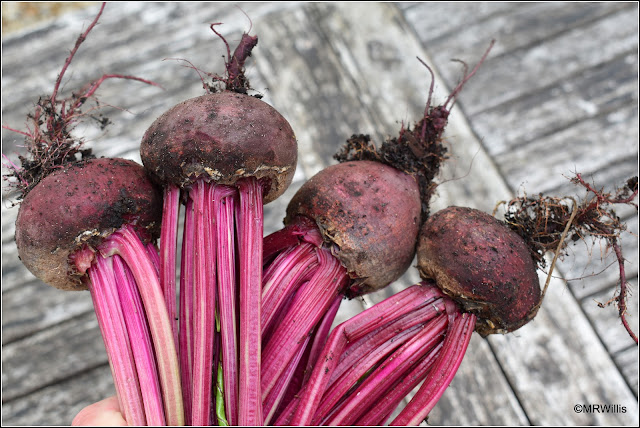 I managed to get a decent batch of "Cobra" climbing French beans too. Some of the beans are a bit distorted due to damage caused by Blackfly, and they need a very good wash to make sure all the insects are removed, but they are still nice beans. 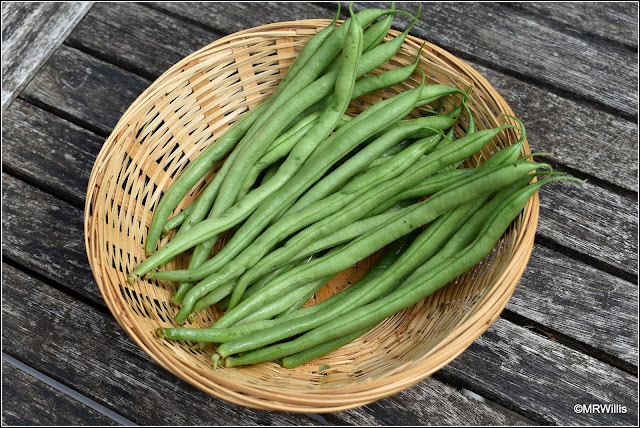 The Green Sprouting Broccoli and Brokali is still going strong. The spears they are producing now are better than ever - really thick and succulent. 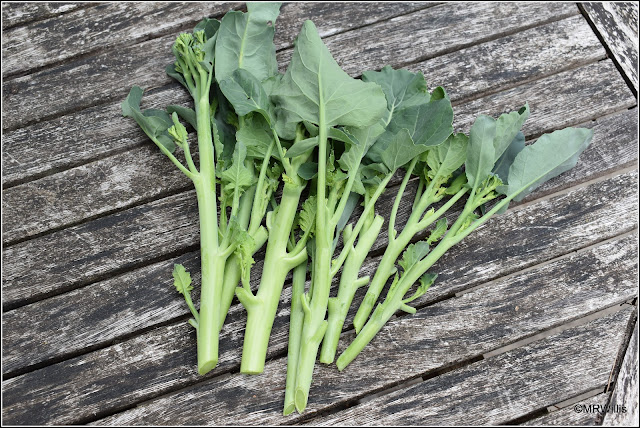 I even pulled a little batch of carrots, the first of the year. These ones are almost all from the "Harlequin" mixture. I find that this mix produces orange, yellow and white carrots that are big, strong, regular and tasty, but the purple ones are always pathetic. They are so much less vigorous than the other colours. For my photo I had to pose the purple one prominently on top of the bunch, otherwise you would have missed it! 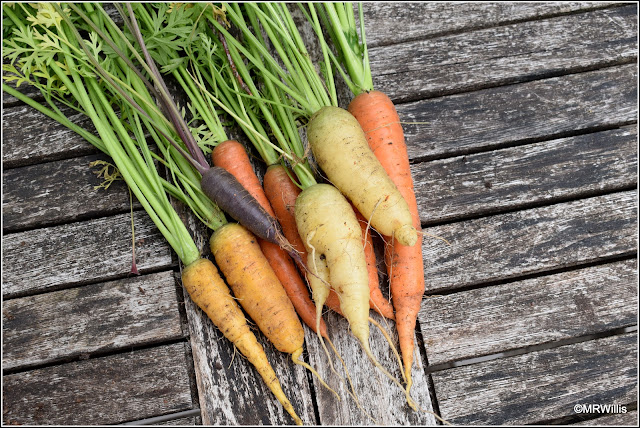 On Monday I lifted another pot of potatoes. These ones were "Purple Eyed Seedling". Very nice potatoes, similar in many respects to the better-known "Kestrel". The yield was 736g from two tubers in one 35L pot. In terms of qaulity, these are my best potatoes so far this year - very clean, regular even-sized tubers, and only two that were too small to be usable (not illustrated). 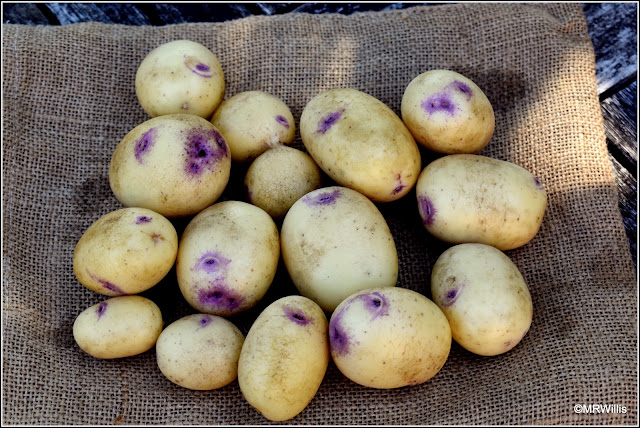 I nearly forgot to mention the tomatoes... I'm picking some every day now. So far it has only been the small varieties because the big ones are still not ripe, but even so I have "Maskotka", "Montello", "Sungold" and "Artisan Pink Tiger" to keep us supplied. 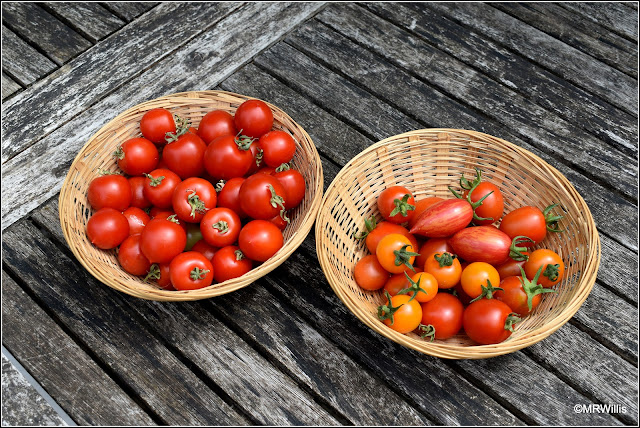 To finish my post for today, a bit of non-harvesting news. I have replaced the wide-mesh netting over my Winter brassicas with some much smaller-mesh stuff, intended to keep out Whitefly, aphids etc, as well as butterflies. 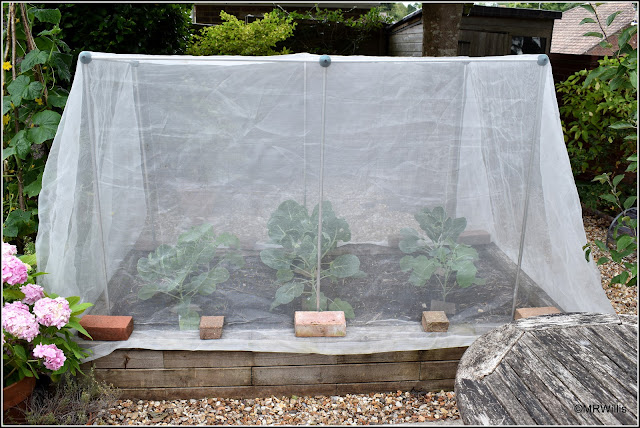 Before putting it in place I carefully inspected every leaf of the six plants in that bed, and removed as many as possible of the butterfly eggs. I'm bound to have missed a few though, so I must remember to regularly check for caterpillars. Once they hatch I'll soon see holes appearing in those leaves and prompt action will be required.
Posted by Mark Willis at 14:30