Over the past few days we have had some incredibly windy weather - the sort of winds you expect to get in December or January, but not in late May. Fortunately the Met Office had been predicting this wind for quite a while, so I was able to make suitable preparations...

Having waited so long to plant my Runner beans, on account of the very cold weather the previous week, I really did NOT want to lose them! Being young and fragile, I considered them highly likely to be damaged by the wind, so I rigged up a windbreak for them. It consisted of a double thickness of horticultural fleece wrapped around four garden chairs, and held in place by multiple clothes pegs. This is it:- 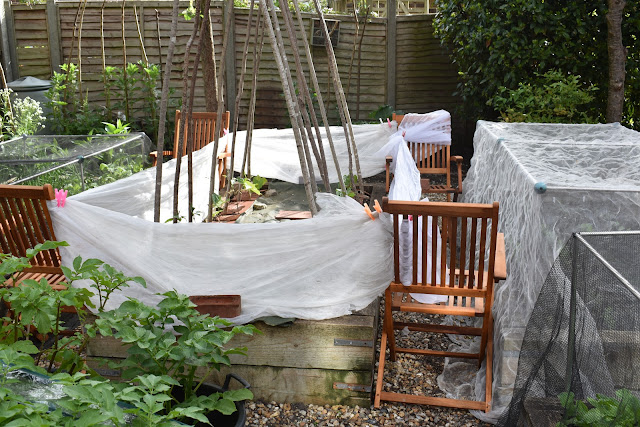 My Broad Beans were in danger too. They are just at the setting pods stage, so it would be a real shame to lose them. Ironically, this is the first time for many years that I have not staked the plants individually. They are in a (mostly) self-supporting block, protected from the diggers (foxes etc) by a net draped over some bamboo canes. Using my last available piece of fleece I made this shelter for them:- 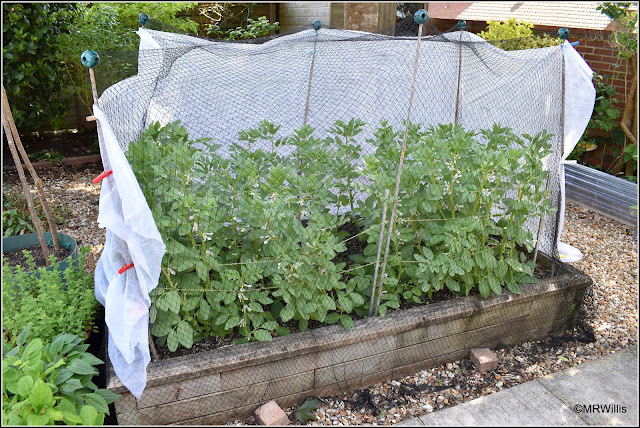 The fleece wan't long enough to reach all the way round, so obviously I left exposed the side I considered least vulnerable.

My very precious chilli plants were tucked away mostly in the lower level of my big coldframe, but with some having to go in the garage, which fortunately gets a bit of light through a side window.

The upper level of the coldframe was crammed with as many trays of seedlings as I could fit in. 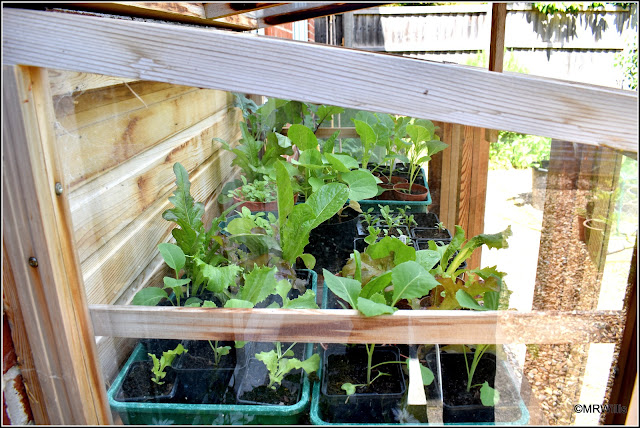 The difficulty with this was the fact that although the weather was windy, it was also very sunny and quite warm (about 20C in the early afternoon), and the little plants didn't really want to be in a glass container, and I had to water them frequently.

Anyway, the good news is that despite 48 hours of buffeting, my plants have survived. Some of the Broad Beans are severely bent over, but I expect they will right themselves in a day or two. Other than that, there seems to be no damage. The chillis are out in the fresh air again, much to their relief I'm sure. 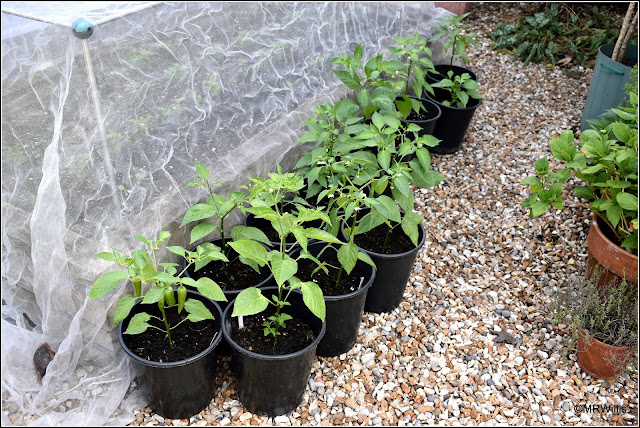 Actually, it's surprising what effect a couple of days in very low light levels can have on a chilli plant. The leaves seem very dull and "peaky". Today I have given them a dose of "Tomorite" plant-food which will hopefully perk them up. Lots of them have plenty of fruits on now, though none of them are ripe yet. 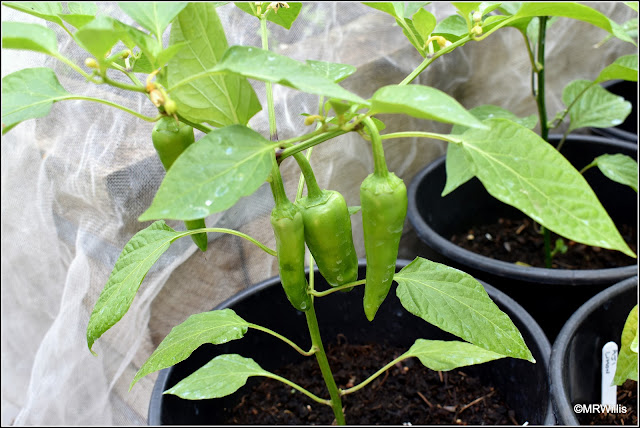 These cucumbers, currently being hardened-off, will be planted out in the next day or two (some of them, at least). I bet they were glad to have been indoors during the recent gales, because they are very fragile. 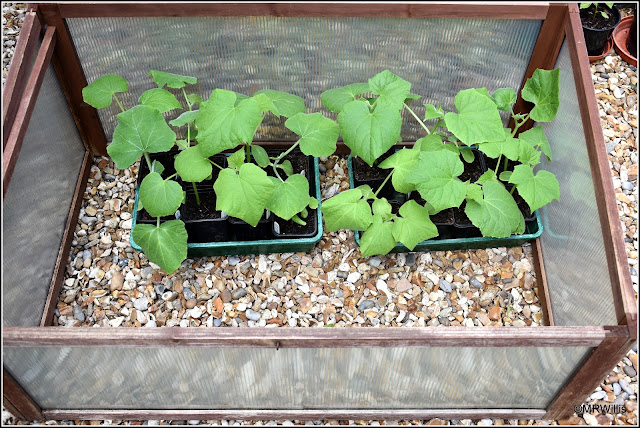 As you can see, I have far too many cucumber plants (there are 16 in this photo, and more elsewhere!). I probably only need 8, but my normal technique is to raise a lot more plants than I think I will use, so that I always have some spares. Plants as delicate as these would never had withstood the recent winds.
Posted by Mark Willis at 15:30