Because of the coronavirus pandemic I have not been out foraging for several weeks, but on Wednesday, following the relaxation of some of the Lockdown rules, I ventured out into the woods for a short foray. The urge to find mushrooms is strong in me!

I was not disappointed either. My first find was a patch of Mitrula paludosa, the Bog Beacon. 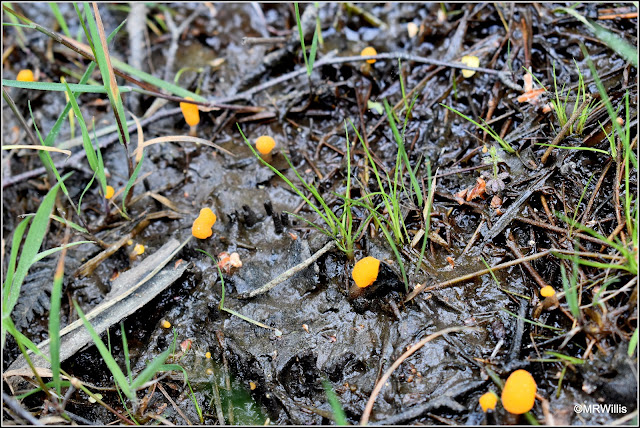 These little things are not edible, but they are interesting nonetheless. Their favoured habitat is stagnant water or loose mud. I usually find them in flooded ditches. 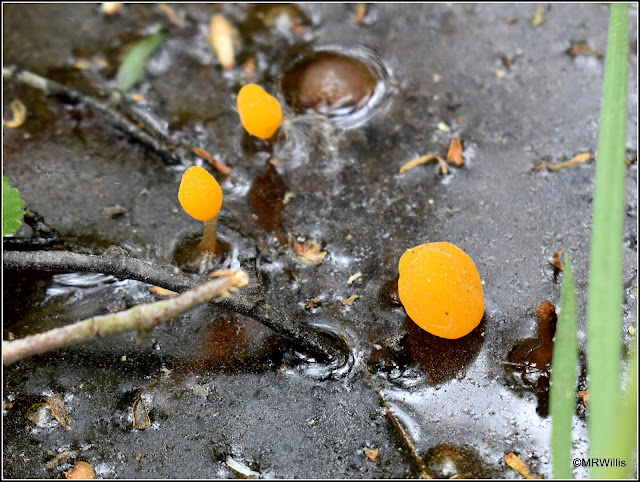 To give you an idea of their size, here's a photo of one next to a carefully-balanced 20p coin. 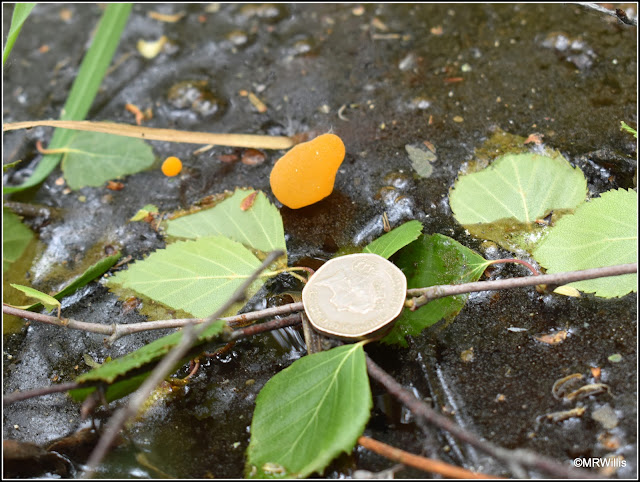 I also found this solitary specimen of Leccinum scabrum, the Brown Birch Bolete. May is very early in the year to find any type of Bolete mushroom. They normally start appearing in mid-Summer, so I was surprised to find this one. 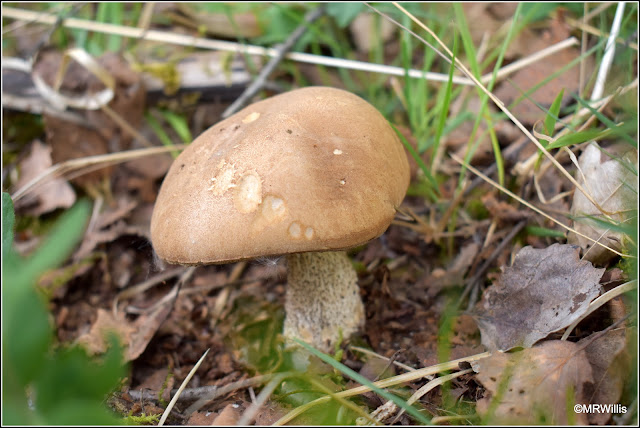 The second part of this mushroom's binomial derives from the rough black "scabers" (aka scabs) which cover its stipe (or stem). 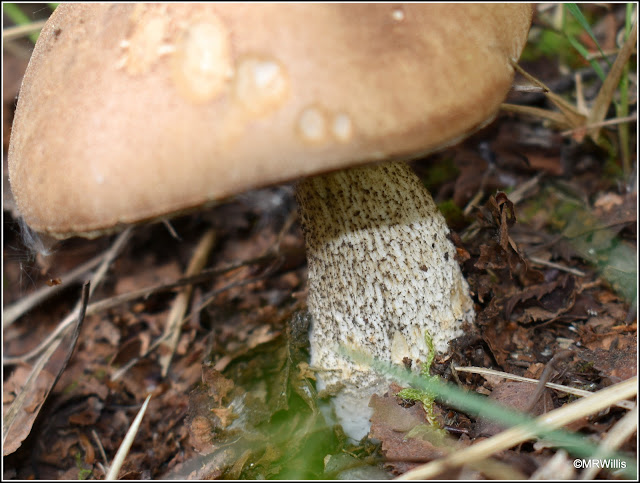 This is an edible species, but the one I found was not in particularly good condition, and in any case I find the Brown Birch Bolete a rather unexciting mushroom to eat, so I didn't bring it home. The taste is quite bland and the cap flesh can be quite "sluggy"!

Later in my walk I came across something a lot more exciting - Laetiporus sulphureus - Chicken Of The Woods - for brevity's sake I'll refer to it as COTW. 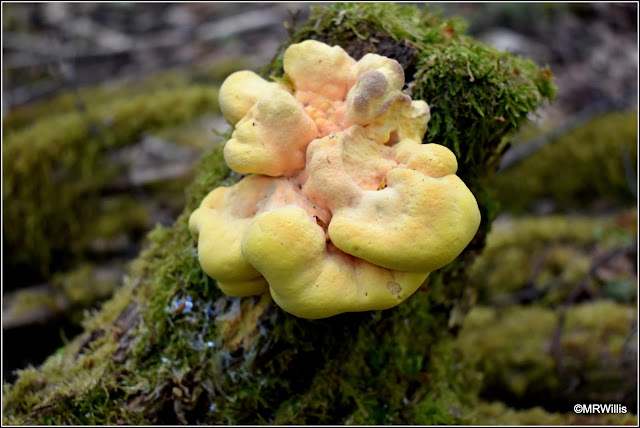 COTW is highly sought-after in the foraging world, but from my observations not particularly common on NE Hampshire. I have only ever found a good one once before, and that was in August 2018. This week I went back to the exact tree where I had found it on that occasion. There was no sign of it there, but just 50 yards away I found this small specimen growing on the rotten wood of a long-fallen Oak tree. 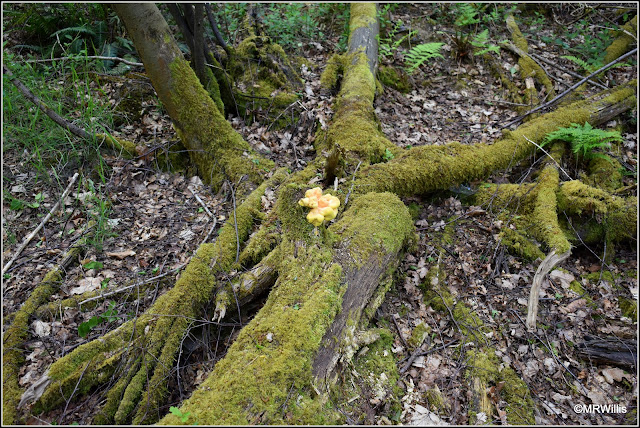 Of course I would like to have found a bigger one, but as they say "Beggars can't be Choosers", so I cut it and brought it home anyway. I shall remember this place for next year too!

Despite being a small specimen the one I found was definitely big enough to form the basis of a tasty meal. This is what I did with it:-

Initially, I washed it, sliced it into thin strips, and simmered it in water for about 15 minutes. This ensures that the mushroom is fully cooked. As with many wild mushrooms, some people experience an adverse reaction to COTW, and I think it is best to ensure something like this is fully cooked in order to lessen the likelihood of problems. In case you're wondering, parboiling doesn't seem to diminish the flavour.


After draining the boiled COTW, the next step was to fry it in oil and butter for about 10 minutes. Some people would add Garlic at this point, but I think that would overpower the taste of the mushroom. Notice how the colour of the mushroom darkens as it cooks. 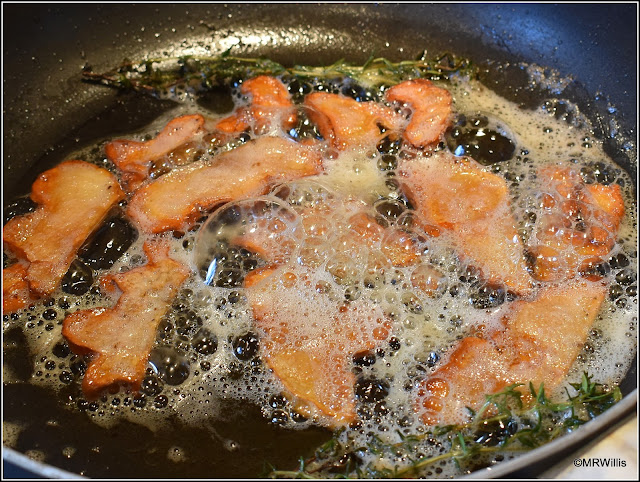 When the mushroom began to turn crispy at the edges I threw in a handful of chopped herbs from the garden - Thyme, Parsley and Chives. 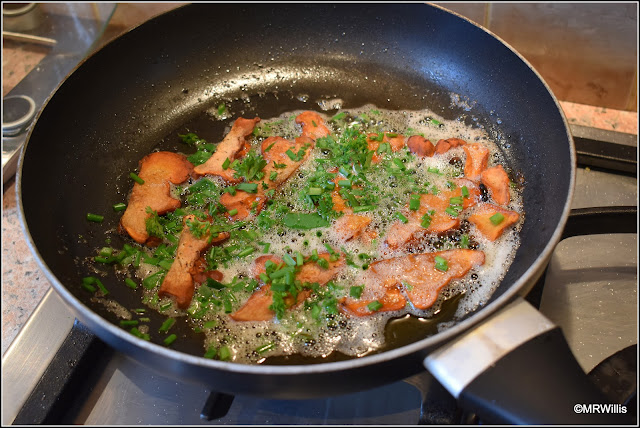 While the mushrooms had been frying I also been cooking some bacon, asparagus and toast, which I brought together like this:- 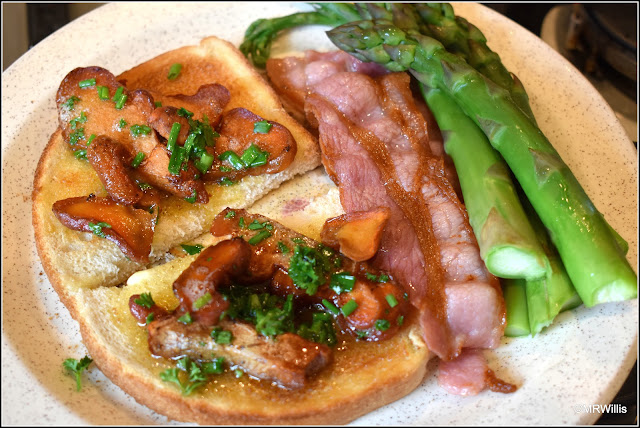 Actually the dish included one further element, which I added after that final photo had been taken - a generous dollop of Hollandaise sauce on top of the asparagus!

My opinion of the COTW is strongly positive. While the flavour is not particularly strong, it is very pleasant - almost fruity - and the texture is firm but meaty, very much like cooked real chicken. I'm hoping to find more of this lovely mushroom in the weeks to come.
Posted by Mark Willis at 12:00