We recently had a spell of several sunny and unusually warm days. Record-breaking weather, in fact. It was hard to believe it's still only February. However, without wishing to be unduly pessimistic, we may not have seen the end of Winter just yet. It could easily turn once more to snow and heavy frosts before Spring puts in its true appearance. I have seen people writing about planting all sorts of things in the gardens already, including the notoriously frost-tender potato. I'm not tempted to join in just yet, and I'm not planning to plant any potatoes for a couple more weeks - and then only under cover.

At present, my seed potatoes are happily chitting away in egg-boxes on the windowsill of a cool spare bedroom. 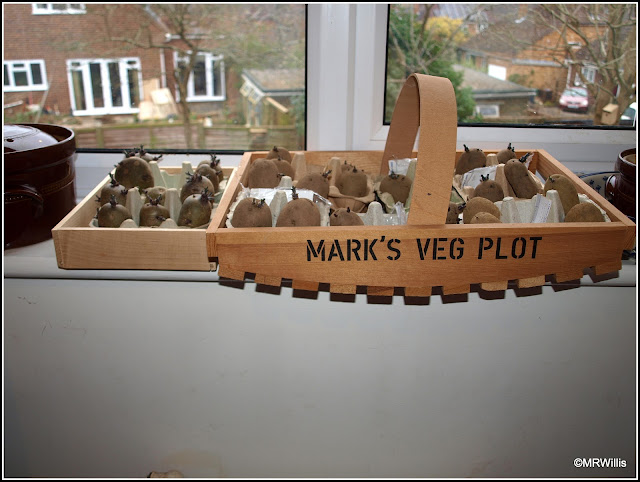 Most of the new shoots (aka "chits") on a seed potato tuber appear at the so-called Rose end - the end of the tuber most distant from the point where it was attached to its parent plant. The egg-boxes serve to keep the potatoes upright with the Rose end uppermost, allowing the chits to develop unimpeded. 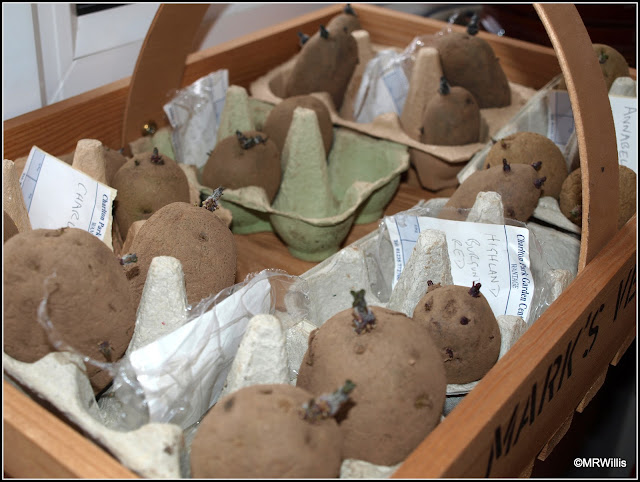 This is what a good chit looks like. Short and stout, not thin and leggy, and also a dark colour, not pale. 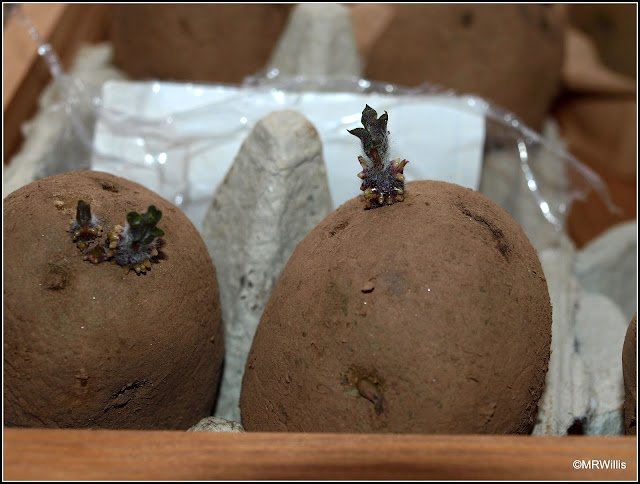 To achieve this you need to give them plenty of light and not too much warmth. The temperature in that spare bedroom of ours (with the radiator turned off) is about 15C most of the time.

The tubers in this next photo are some of the "Foremost" ones that I have saved from plants I grew last year, and originally from the Courtmoor plot that I was looking after. They look very vigorous, don't they? 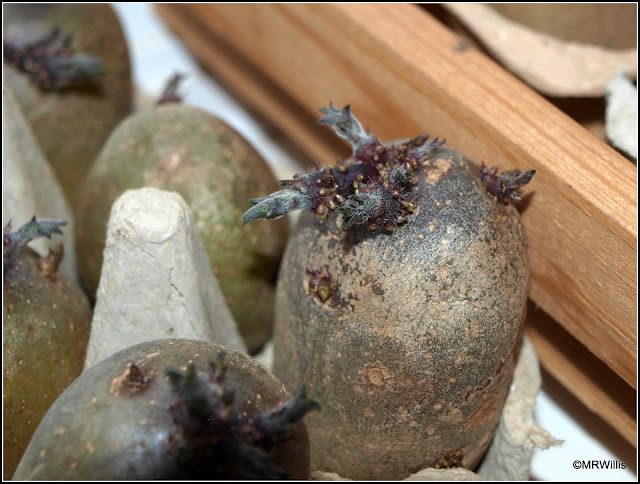 For the record, this is the list of the potato varieties I am going to grow this year:-

First Early
Foremost (Up to 10, depending on space available)
Annabelle (4)
Lady Christl (2)

As you can see, I don't go in much for Maincrop varieties (The "Highland Burgundy Red" ones are just for a bit of something different). This is because I want my potatoes to be harvested early in the year, before blight becomes a problem.

As usual, I will be growing my potatoes in big plastic tubs, protected for their first few weeks by min-greenhouses like this... 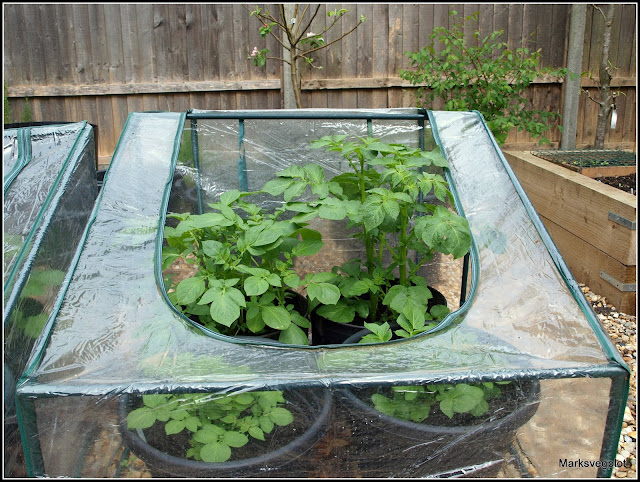