Just for the record (mainly for my own benefit), this is a list of the potatoes I bought yesterday at the Hampshire Potato Day. (Skin colour is shown in brackets.) 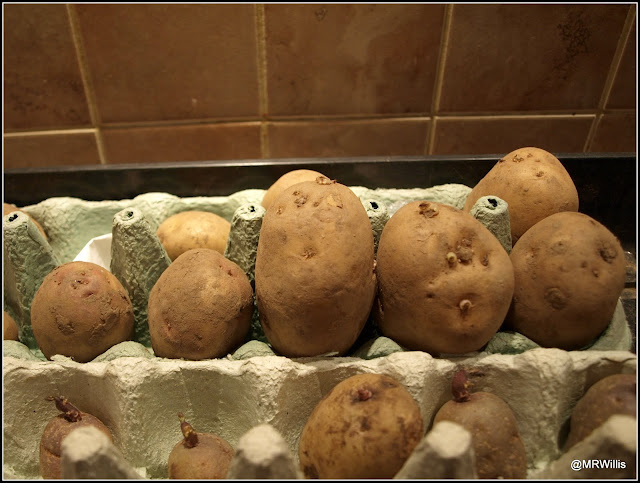 This year I am going to be experimenting with growing Maincrop varieties, something I have not done before (with the exception of "Pink Fir Apple"). This is because I now have the use of a lot more space, at the new plot in Courtmoor Avenue. I would not have chosen "Foremost", which doesn't sound very good, but the owners of my new plot wanted me to grow them. They do have a reputation for good taste (the potatoes, I mean, not the plot-owners!), so that's a point in their favour, but their yield is described as Average and their disease-resistance is rated as "Low".

At the new plot I plan to plant three rows of potatoes, two of Maincrops and one with the First / Second Earlies. There are going to be 10 seed-tubers in each row. All the ones in my list shown as x5 are the ones for the Courtmoor plot.

Back in my own garden I will again be growing potatoes in containers, though rather fewer than before. They will all be First or Second Early varieties, the ones shown as x3 in the list. The reason why I have gone for 3 of each is that I intend to do a comparative trial, growing one pot of each with two seed-tubers in it, and one with a single seed-tuber. This is aimed at establishing whether planting two tubers does actually increase the overall yield or not.

Right now, my potatoes are sitting in a cool spare bedroom, ready to chit. I don't expect to be planting them for a few weeks. However... 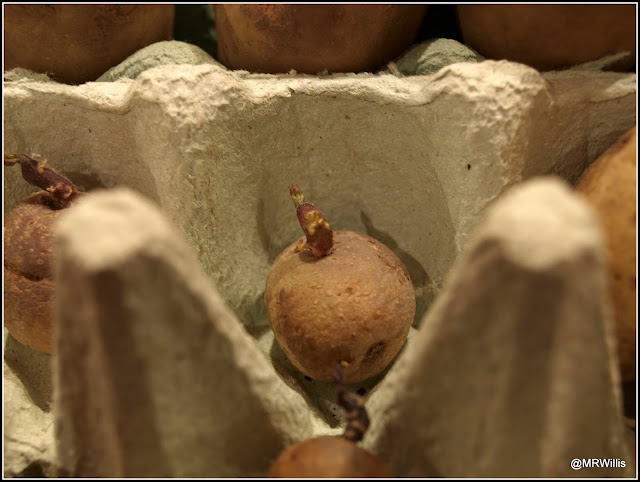 As well as the potatoes I bought yesterday, I do also have a few tiny specimens that I rescued from the Courtmoor plot during the course of my ground-preparation work. I don't know if they will be any good (they are probably "Foremost" - see comments above), but I have set myself a mission to provide some continuity on the new plot, attempting to preserve as many as possible of the varieties that have been grown in that garden before, using self-saved seeds. So far I have Runner Beans, French Beans, Shallots and Potatoes (others may come to light). I don't know if any of them will be viable, but it will be fun finding out! Actually, some of them don't look too bad. 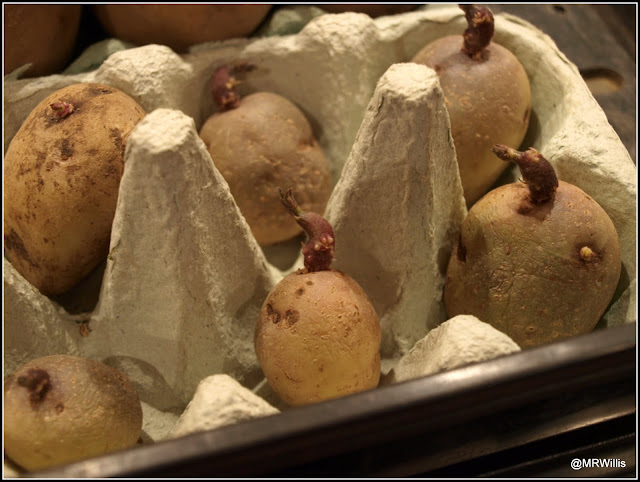 My intention with these "survivors" is to grow them in containers in my own garden, giving them as much TLC as possible, and then if they are any good I'll give some to my hosts at the Courtmoor plot, and keep some others as my breeding stock, so to speak. There's a long way to go before then though!
Posted by Mark Willis at 19:00