Update on the PSB

This year's Purple Sprouting Broccoli plants are looking good. There were not so many Cabbage White butterflies around this year, and in any case my PSB was covered with anti-insect netting, so it has been protected from caterpillars. The mesh is not fine enough to exclude aphids, but luckily there have been very few of those too, so the PSB foliage is nice and clean. All good on the bugs front then! 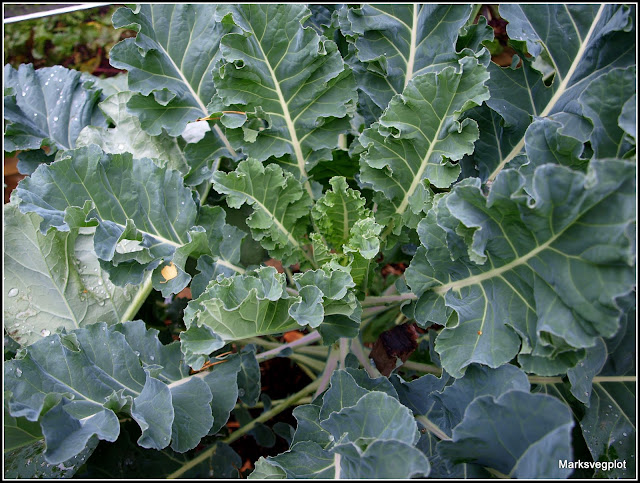 I have been very careful to water my plants well, because I know that the raised beds dry out rapidly. I have also given the PSB an occasional feed of general-purpose liquid plant food, and they look strong and healthy now. 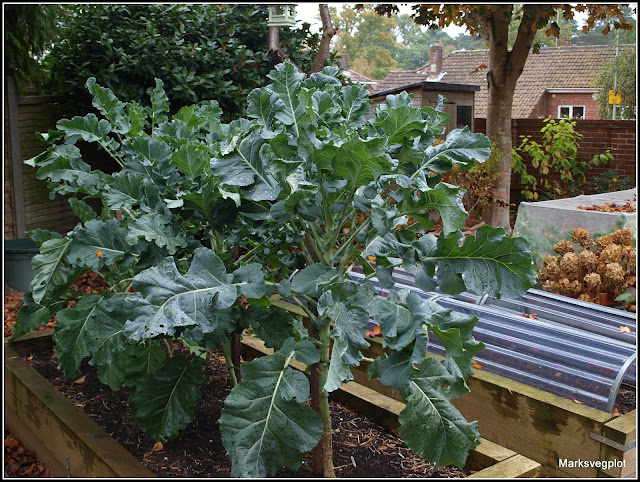 I have four plants this year, one each of "Rudolph", "Red Arrow", "Red Spear" and "Early Purple Sprouting". In the photo below they are in that order, Left to Right. 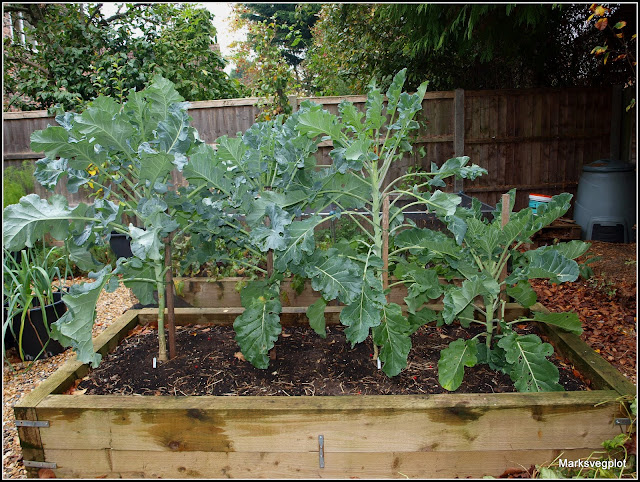 You can see that they vary quite a lot in terms of height and density of foliage. The short "Early Purple Sprouting" one would be the most suitable for growing on an exposed site because it would be less vulnerable to wind damage. My little garden is fully enclosed on all sides, but it still suffers from the wind. The first time I grew this veg, all my plants were laid low in a gale, but I learned the lesson and these days I always stake the plants, securing them to stout wooden posts with a few turns of soft string in at least two places - more if the plants get very tall. 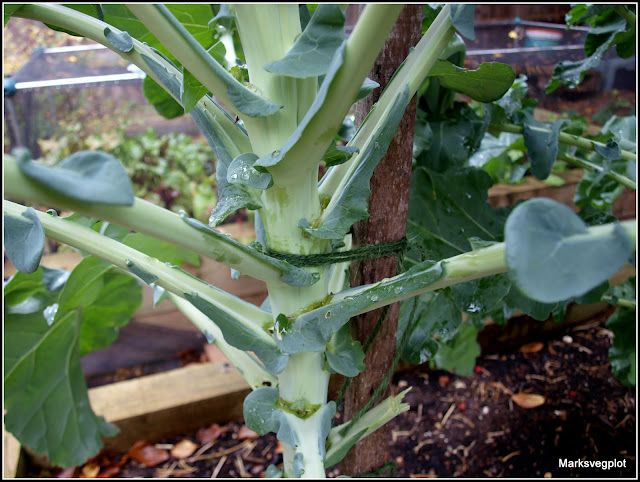 "Rudolph" is supposed to be the first of my four varieties to reach maturity, theoretically producing spears around Christmas-time, but I find that it doesn't normally achieve that. February is more likely. The other varieties will hopefully mature at different times, giving me steady pickings throughout the Spring rather than a glut.
Posted by Mark Willis at 12:30