Progress in the container garden

When my container-grown potatoes had been harvested, I re-used the pots and their soil to grow some second crops. Now these are beginning to mature. 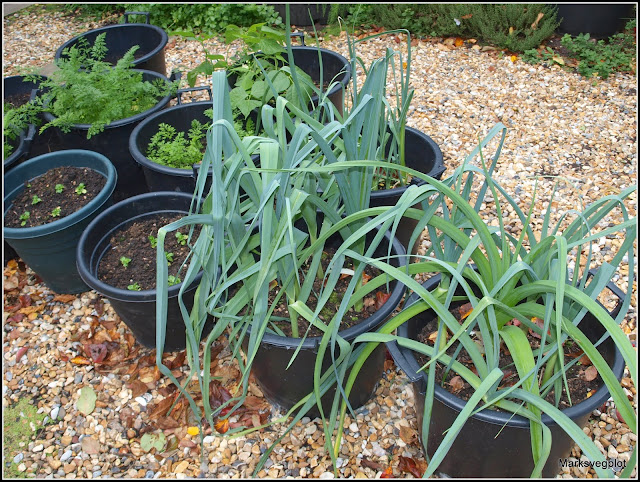 Actually, two of the pots have already delivered their harvest. They had held some Dwarf French Beans. I have one more pot of beans left. Unfortunately, due to the depredations of slugs in the early stages, only two plants have survived in this pot. The other earlier ones had about 6 each. 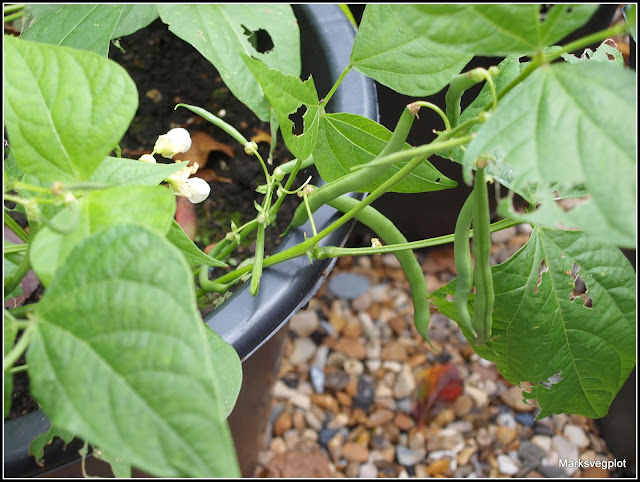 Curiously, the slugs seem to have attacked the leaves, not the pods. Nonetheless I will think myself lucky if the two surviving plants produce enough pods for a single 2-person serving! 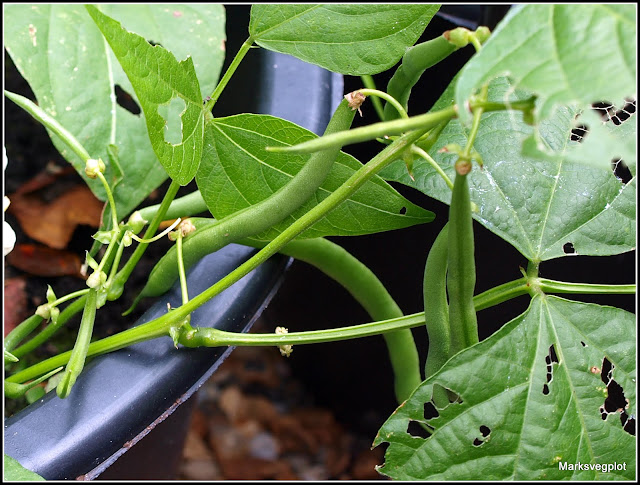 I have three pots of finger carrots (Amsterdam Forcing 3), two of which are nearing maturity. 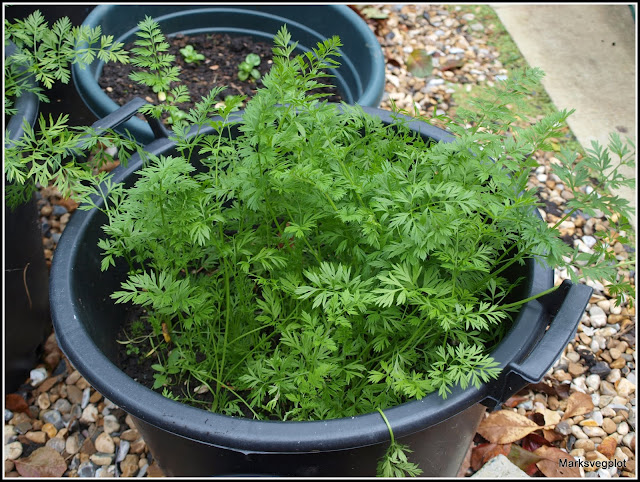 Today I carried out a size check. It's difficult to judge the size of a carrot without pulling it up. This one seems just right (as long as you ignore the quirky forking at the root end). Carrots like this are best eaten raw as a salad ingredient - which is what I am growing them for. 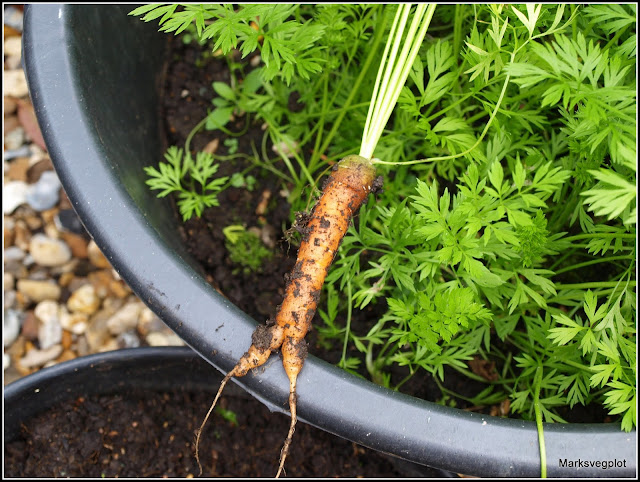 I have three pots of Leeks (Musselburgh and Winter Giant). They are coming along very nicely. In fact although they are not yet big I think they could be used right now. I don't want or need to use them yet though, because I have some much bigger ones growing in one of the raised beds. 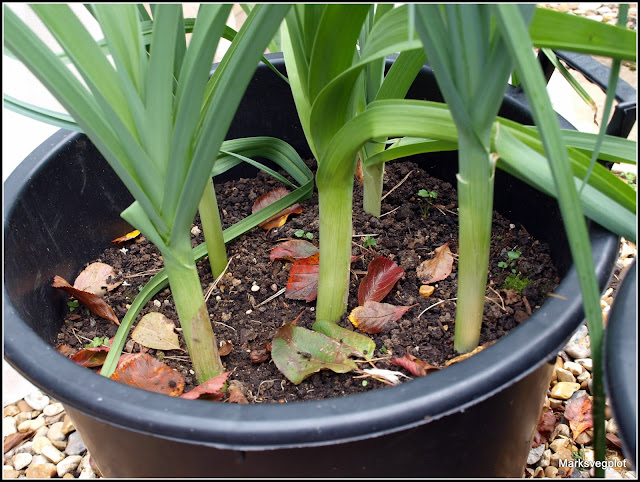 For now I'll leave them to get a bit bigger... 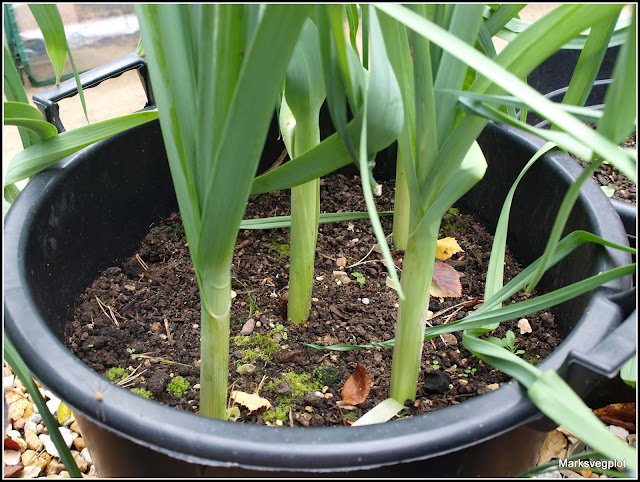 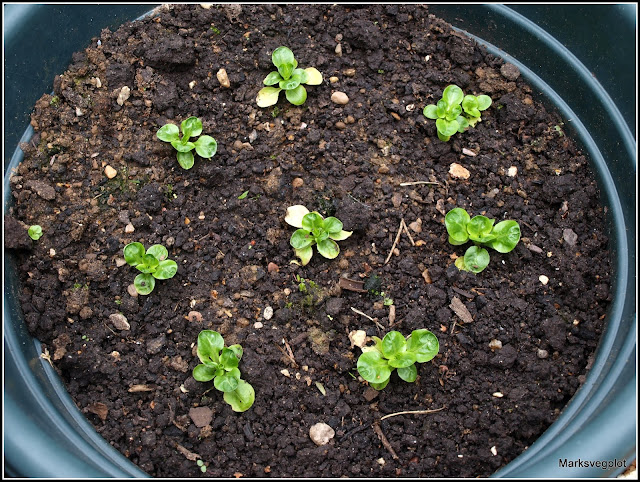 As you can see, the plants are very tiny still. I had them in a seed-tray for quite a while after germination, and they didn't grow much at all and were beginning to go yellow. Since I planted them in the big pots they have greened-up a lot and have finally started to grow. I suppose the seed-compost had too few nutrients in it. 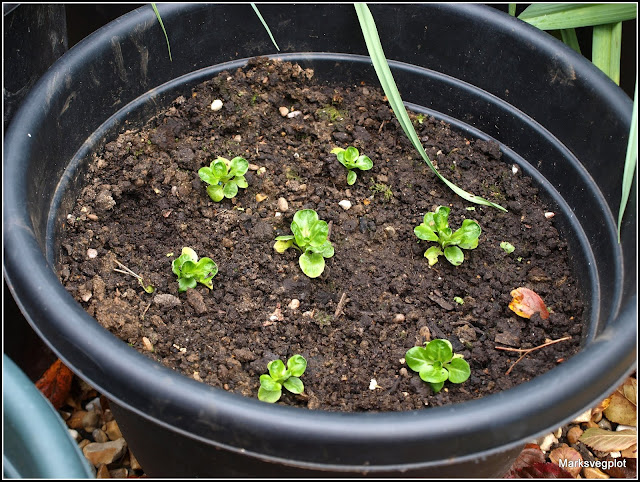 Fortunately Mache is quite hardy, so even at this late stage of the year I fully expect to get a crop from these plants at some point - but don't hold your breath!

So there you go - a demonstration I think that second-cropping is definitely worthwhile. 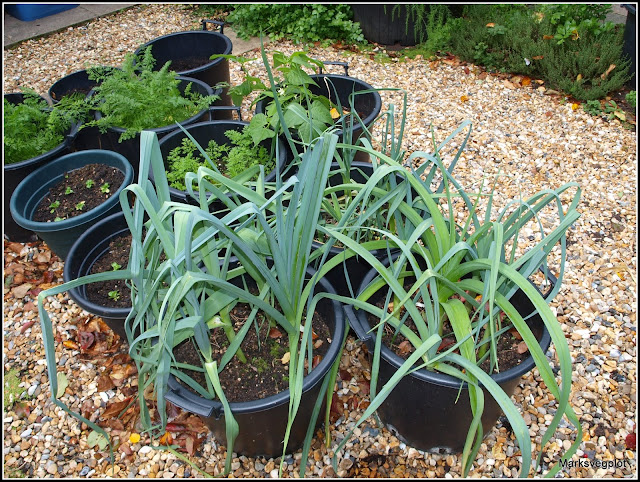