This week I have mostly been shovelling s...

"Soil", that is... The two old raised beds have now gone, along with the line of paving-stones that used to run between them. 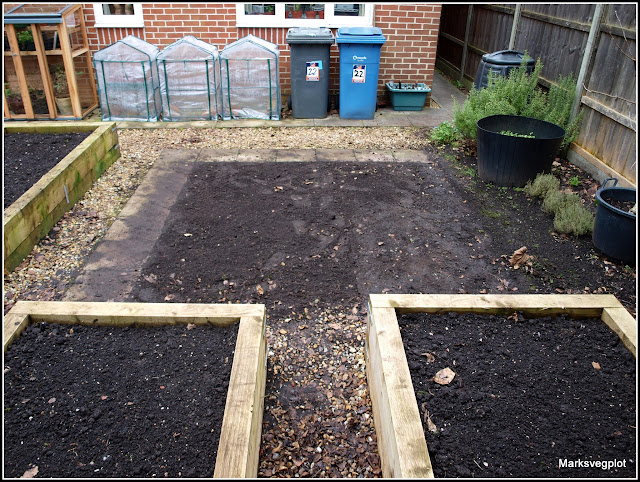 Most of the soil has gone into the other 4 big raised beds - you can see that the ones in the photo above are pretty full now. I have put the remainder of the soil into a number of big pots:- 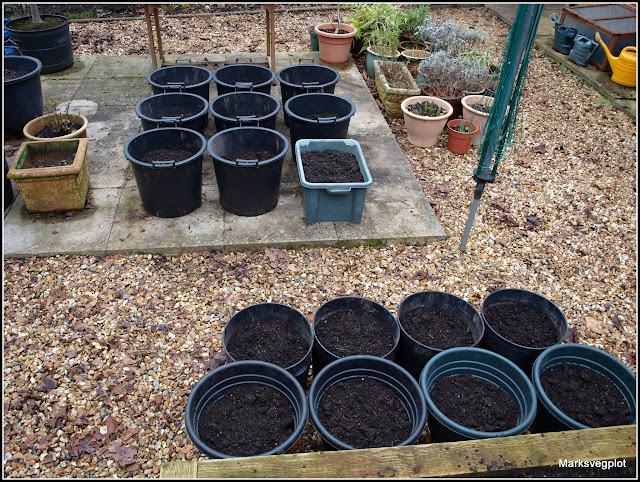 Most of these will be used for growing potatoes, so as I filled them I added a handful of "Growmore" general-purpose fertiliser into each one in preparation. I'm not adding any pelleted chicken manure this time (which I usually do, for potatoes), because I think the soil from the raised beds will have enough nitrogen in it already. I'm quite pleased with that soil, actually. I have been enriching it with compost year on year for the past 15+ years (I can't remember when I first made the beds!), and it is now lovely and dark, rich and crumbly. 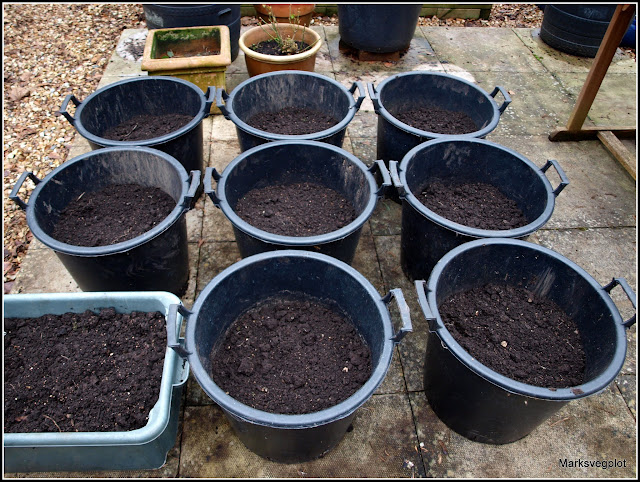 The next phase of the project is to cover the empty space with shingle. What this means is that I will soon be able to get rid of the unsightly blue nylon builders' bag that has been lurking in my garden for the last two years! When it arrived it contained 1000kg of shingle. Even now, when it is about 75% used up, it is too heavy for me to shift, so I have to transport the shingle a little at a time, which is very time-consuming (and hard work). 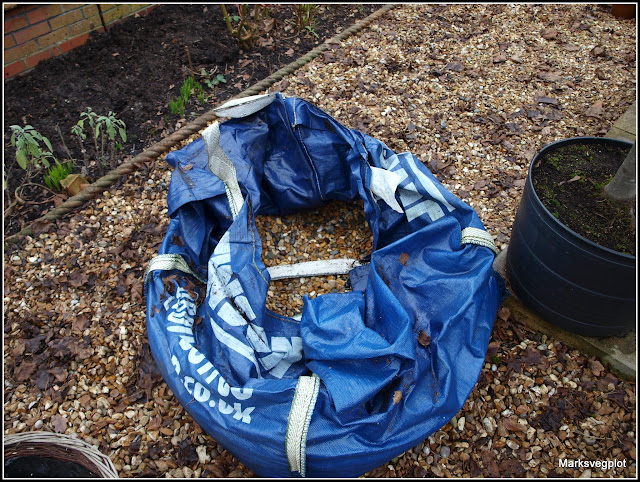 Still, we're getting there, and the garden is beginning to look a little bit less like a tip.
Posted by Mark Willis at 12:00