In the spotlight: the Bay Bolete

In the world of mushroom-foraging, the Cep / Penny Bun seems to get most of the attention, but there is another mushroom that is much less well-known, and equally good to eat. It is Imleria badia, the Bay Bolete. 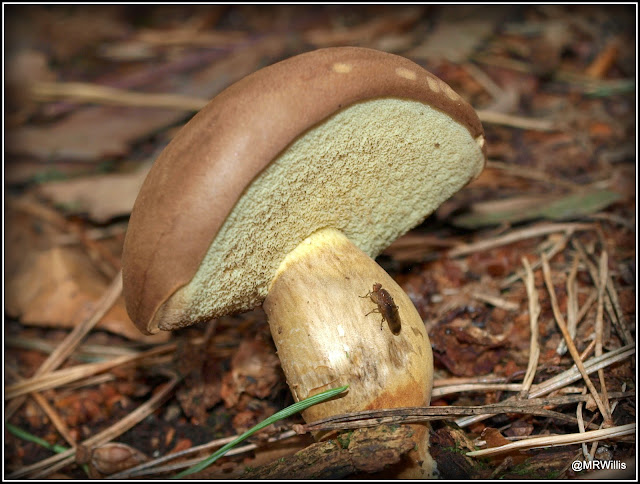 The Bay Bolete gets its name not from a type of coastal geographical feature, but from its colour - as in the deep-brown colour of a Bay horse. The cap of a good specimen is glossy, almost like polished walnut wood. 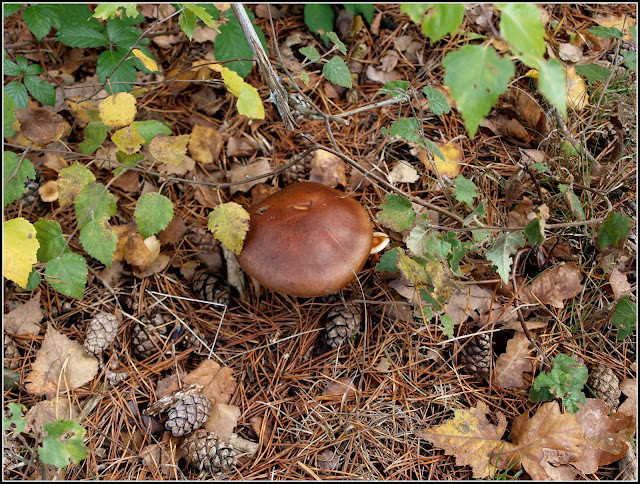 The cap surface of a young Bay Bolete is quite different. It has a rougher, downy texture, rather like suede leather. 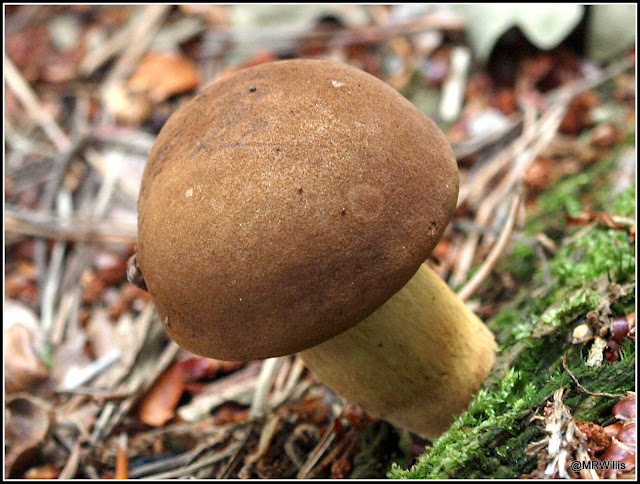 At this young stage, the stem appears very thick in relation to the cap size, but as the mushroom grows the stem tends to remain roughly the same thickness, whilst the cap diameter grows a lot, typically reaching 12 - 15cm.

Being a Bolete, this type of mushroom has pores, not gills, underneath the cap. When fresh, the angular pores of a Bay Bolete are a bright pale yellow colour, though this fades as the mushroom matures. A distinguishing feature of the Bay Bolete, which helps considerably with identification, is that the pores turn blue when bruised. Look at the blue thumb-print in this next photo: 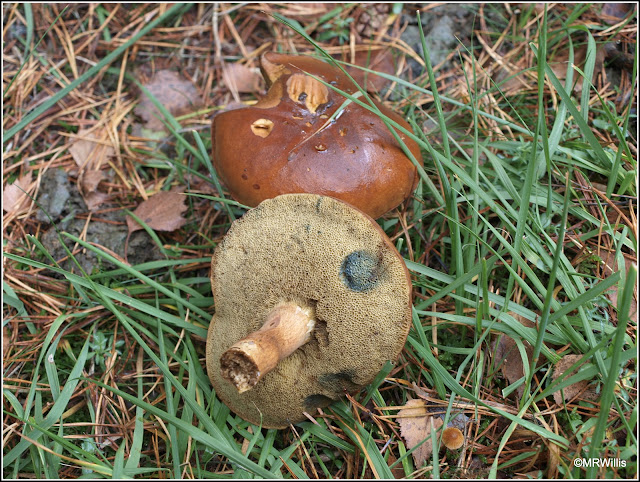 Unfortunately the Bay Bolete is not the only mushroom whose pores bruise blue, so you can't assume that if blue bruising takes place it is a Bay. You have to consider other factors as well.

For instance, the stem or stipe. This is usually about 10 - 15cm tall in a mature specimen, and about 2 - 3cm in diameter. Very often the stipe is bent, particularly near the ground. It is normally lighter in colour than the cap, and it has a streaked, grainy appearance - almost as if it were made of wood. It has neither a ring nor a skirt. 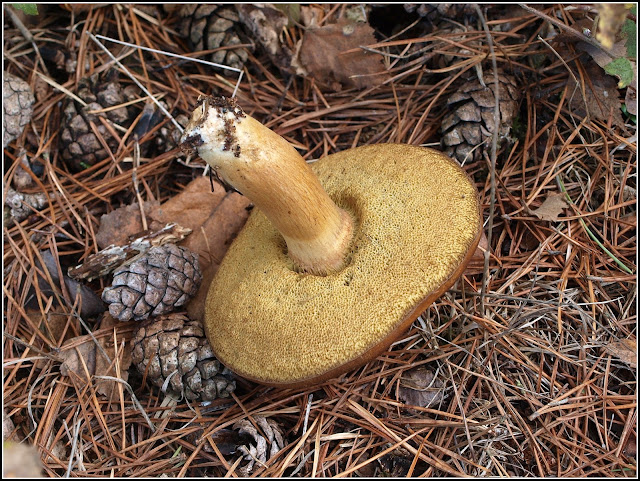 The Bay Bolete is very good to eat. This is quite a substantial mushroom, with firm flesh, so only half a dozen or so specimens are needed for a meal for two. When I harvest them, I discard the stems, which are fibrous at best and often infested with maggots. The flesh of the caps is initially white, but discolours to a dirty blue/black when cut, and then after a while it changes back to white! It is much more robust than many other wild mushrooms and retains its shape and texture very well when cooked. 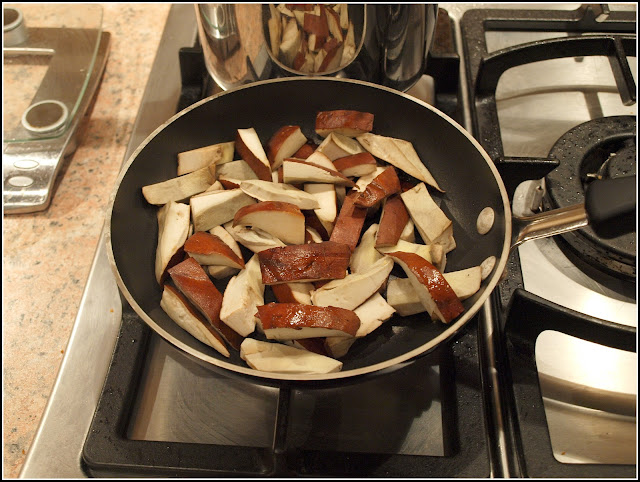 The best place to find Bay Boletes is in coniferous woodland, but I find plenty of them in our local woods, which are mostly mixed, including predominantly Pine, Birch and Oak. Happily, the Bay Bolete tends to keep coming even after the Ceps have finished. I would say that the height of its season is early Autumn - say the middle of October.

Lookalikes: The Bay Bolete has a superficial resemblance to the Brown Birch Bolete, because that also has a brown cap, but they are soon differentiated by examining the stipes and pores. Brown Birch Boletes have scabrous (scabby) grey stipes and creamy-white pores, as seen here: 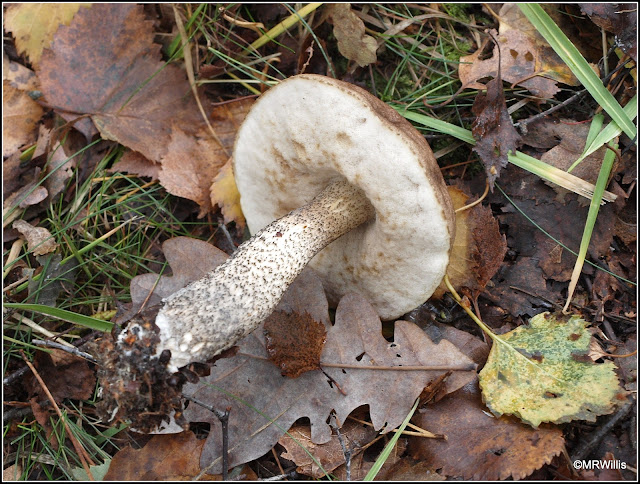 Mistaking a Brown Birch Bolete for a Bay Bolete is not going to do you any harm, because they are both certainly edible, but it might be a disappointment. The Brown Birch Bolete is (in my opinion) nowhere near as good, especially since its flesh is quite soft at best, and is inclined to be rather slimy if not cooked skilfully!
Posted by Mark Willis at 14:30