Yesterday I harvested the first of my Crown Prince squashes. Although it was not big by normal standards for this variety (2.67kg), it was a significant achievement for me, being the first one I have ever grown. The seed from which it was grown was extracted from a small squash bought in a supermarket last Autumn and eaten, so it effectively cost me nothing - unless you can put a price on all the work I put in watering the plant throughout the long drought! 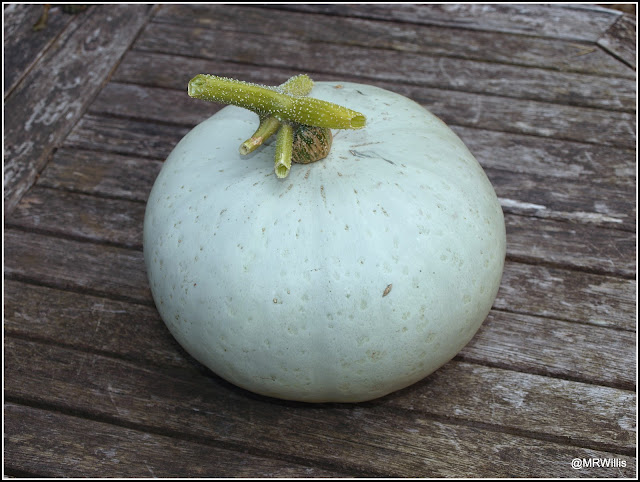 It is now at home, "socialising" with its cousins the Butternuts and the Uchiki Kuris. 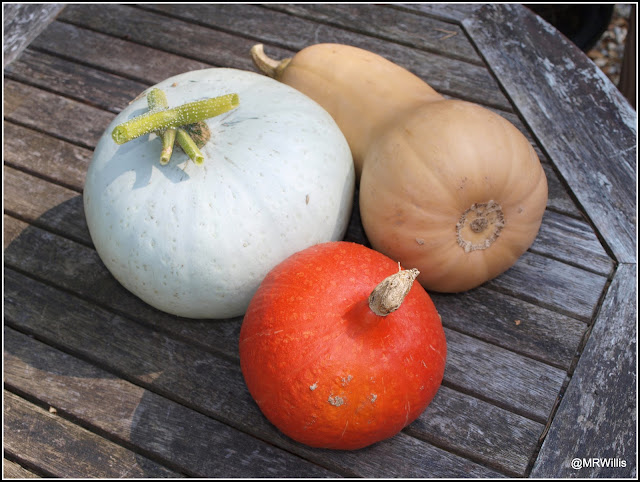 By the way, I have already written about us eating the first of the Uchiki Kuri squashes in a soup, and a couple of days ago we also ate about half of one of the Butternuts in a risotto. Jane makes an excellent risotto which as well as the rice includes squash, sage, chicken stock and chilli flakes. I felt that the Butternut we used was perhaps slightly under-ripe (for instance, its flesh was very pale) so the other ones will be left to cure for longer I think. We were just too impatient!

I'm still bringing back lots of other goodies from the Courtmoor plot. Here is yesterday's haul: 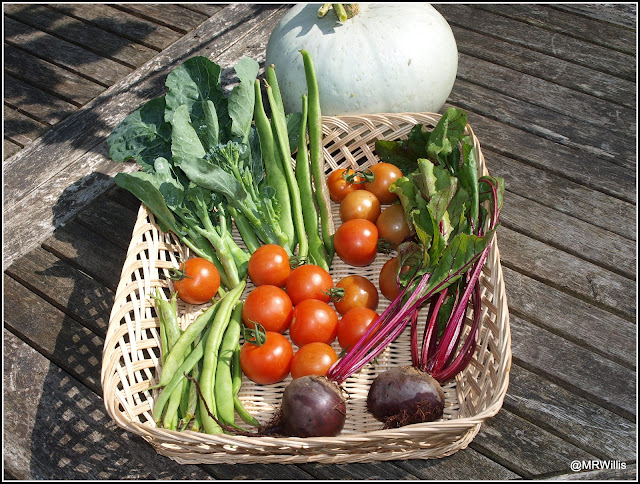 Apart from the aforementioned squash, there were 15 decent "Mountain Magic" tomatoes, 2 "Boltardy" beetroot, a handful of Kaibroc spears, and a few each of Runner beans and French beans ("Jean's beans"). With a steady trickle of harvests like this coming in, we are not buying many vegetables in the shops at present.

The only disappointments amongst the plot produce this week were the "Dwarf Barossa Fest" tomatoes. The single plant of this type up at the Courtmoor plot has produced a lot fewer fruits than its sibling in my home garden, and most of them have been of poor quality, like these two very cracked specimens. They will be OK in a sauce, but you wouldn't want to serve them in a salad. 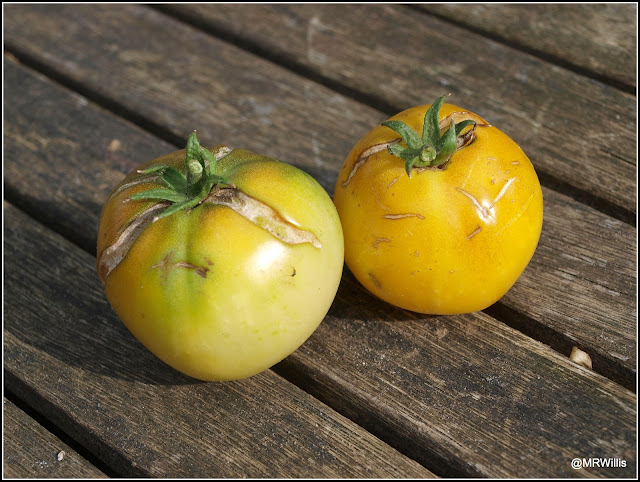 Talking of tomato salads, here's the one I made to go with that risotto I mentioned. Apart from tomatoes of various colours, shapes and sizes, it includes thinly sliced shallots, a sprinkling of fresh Thyme leaves and a splash of red wine vinegar - the latter applied just a couple of minutes before serving. 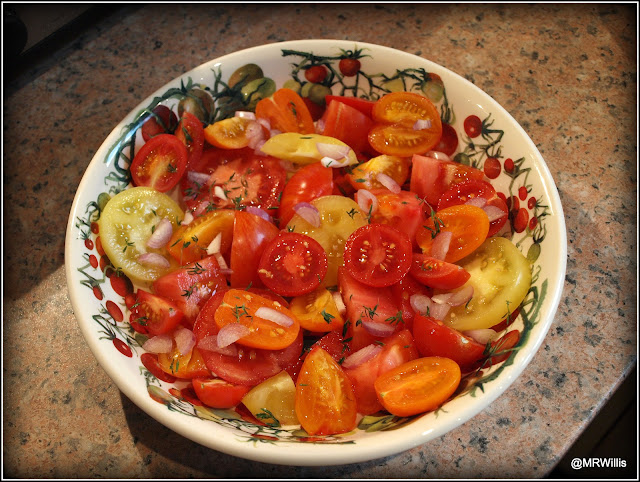 I keep thinking I haven't got much left up at the Courtmoor plot, but then I remember that I have two rows each of 24 Leeks. OMG, look at those blooming weeds! 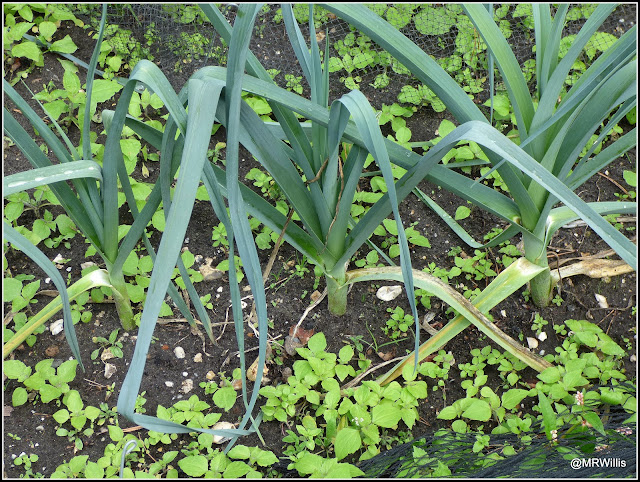 And there are quite a few cabbages too... 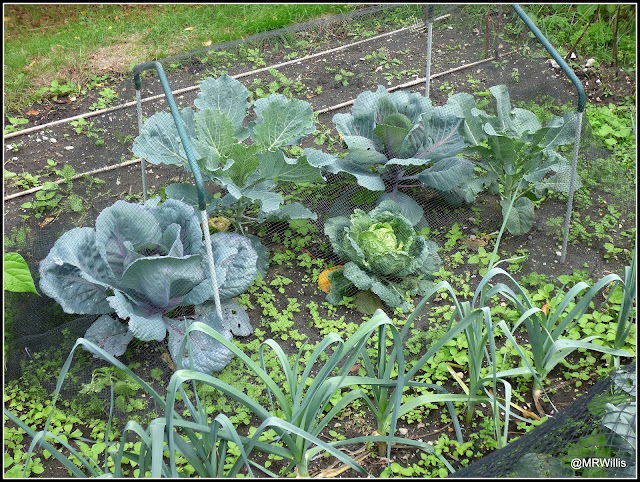 I don't have a photo of them, but I've also just remembered that there are some Parsnips as well, and of course the Brussels Sprouts, so there are actually lots of good things to look forward to!